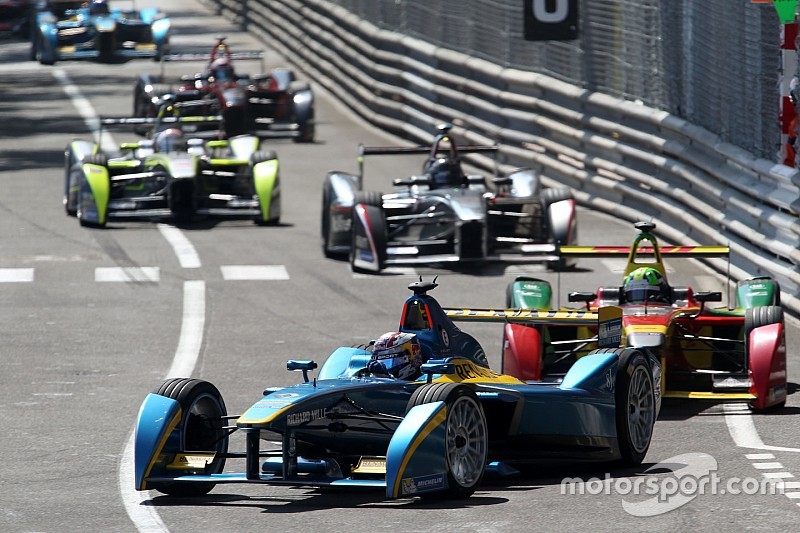 The FIA Formula E championship has unveiled an official calendar comprising 14 races for its third season in 2016-17.

The calendar confirms five new events in Hong Kong, Marrakech, Brussels, Montreal and New York, the latter two running as double-headers at the very end of the championship.

The Buenos Aires, Mexico City, Paris and Berlin events will remain on the schedule, while Monaco will make its return, having been part of the season-one calendar.

Mexico, originally slated for a January date on a draft calendar obtained by Motorsport.com, has been pushed back to April 1, while the Long Beach event has been scrapped.

Among the calendar's two TBA events, the first one - April 22 - is believed to be the slot for an ePrix in Singapore.

The two options for the June date, meanwhile, are a London street race and a return to Moscow - albeit Formula E's Alejandro Agag confirmed that the date being filled was not guaranteed.

"Today and tomorrow the finale of the second season of the FIA Formula E Championship takes place in London and already, the third season promises to be even more exciting," said FIA President Jean Todt.

"It will tackle a schedule that takes it to some of the most beautiful cities on no fewer than four continents, starting in Hong Kong and finishing in New York.

“It’s been less than two years since Formula E made its debut in Beijing and today it has staked its claim to being one of the most interesting and innovative championships on the current motorsport scene at a global level, which was not something that could have been taken for granted when it first began."

The Las Vegas virtual race is scheduled for January 7 and is marked as a "special event", meaning it will not count towards the championship - although attendance is mandatory for all drivers.