Formula E to keep standard battery until at least 2025

Formula E has not abandoned the prospect of giving manufacturers the opportunity to build their own batteries, but the postponement of competition will run well into the next decade.

The electric single-seater series started with a single-specification battery, built by Williams Advanced Engineering, but had an aggressive initial target to allow teams to produce their own within the first five seasons of competition.

It then became clear it would continue with a single supplier for the second-generation FE car, with a battery built by McLaren Applied Technologies to be introduced next season.

“Batteries should not be open for the third cycle,” he told Motorsport.com. “So, I think if we ever open the battery – which we may – it would be season 11 [2025] onwards.

“The third cycle should be a standard battery. I think the manufacturers are all quite happy with cost control.

“They are not really stressed about making batteries, they want their own technology and they have it now.” 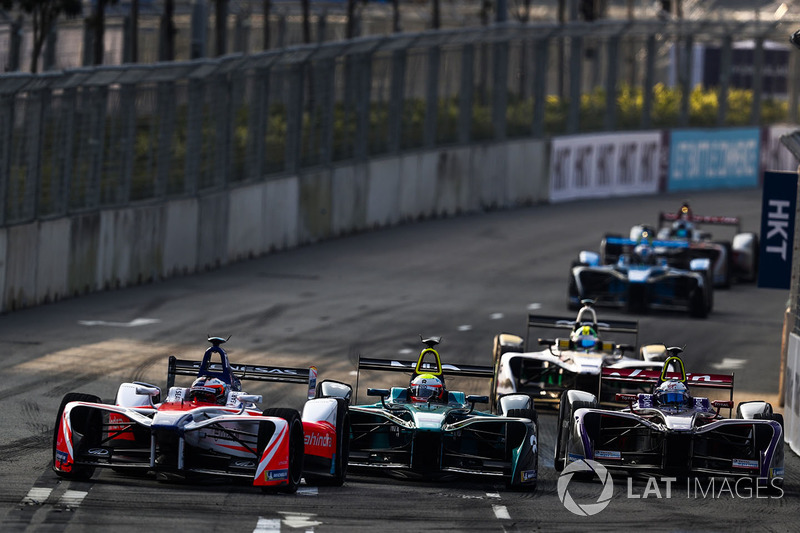 FE manufacturers are currently able to design their own motor, gearbox and inverter.

Investigating additional technological elements – such as all-wheel-drive, torque vectoring, energy harvesting from the front axle and brake-by-wire – is believed to be a preferable short-term focus.

Agag said that if the cars adopted an additional, smaller battery at the front to facilitate new technologies, this could potentially be an area open for development.

He stressed: “But the main battery, I think, should be kept standard.”

Another possibility is for the series to move towards a spec cell design, with manufacturers responsible for the packaging, or for number of suppliers to be expanded to two or three - without making it a requirement for teams to produce batteries themselves.

FE’s manufacturers back Agag's stance because they are in universal agreement that battery competition, at least in the short-term, would create unsustainable budgets.

BMW motorsport boss Jens Marquardt, whose marque will enter a works team next season that will be run by Andretti, also supports FE’s “cautious” approach.

This is despite BMW developing the infrastructure to produce batteries for its road cars, therefore making it realistic to do the same in FE.

Porsche, which will enter FE in 2019/20 along with German rival Mercedes, would also likely have the capacity to commit to a battery programme.

It is thought to be keen on the series pushing technology and is understood to have tendered for the second-generation supply that MAT eventually won.

How Formula E has avoided a fatal mistake