Exclusive: Maro Engel to race for Venturi in Formula E 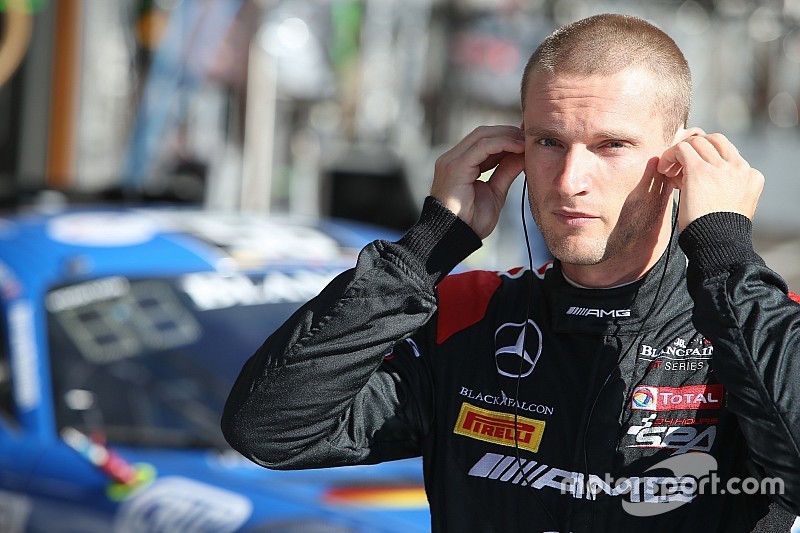 Maro Engel is the surprise choice to partner Stephane Sarrazin in the Venturi Formula E team for season three of the all-electric series, Motorsport.com can reveal.

The German - who has not raced a single-seater since 2007, when he competed in British F3 - tested for Venturi last month and will be announced as Sarrazin’s teammate at the Monegasque squad before the forthcoming Donington Park tests.

The 30-year-old replaces Mike Conway, who in turn was drafted in to replace Jacques Villeneuve after the first three races of season two, at the team.

The deal for Engel to race for Venturi is not believed to have a link to any future aspirations Mercedes-Benz may have in Formula E.

Indeed, Motorsport.com also understands that Venturi is in negotiations with another European based manufacturer.

Venturi is known to have been courting several potential OEM tie-ups in the last 12 months, and a potential deal could be announced this month.

Sarrazin, who has completed the bulk of Venturi's 15 allotted private test days, will stay on at Venturi for a third consecutive season, having finished sixth overall in season two - with points scored in every race.

“I’m happy to be with [Venturi],” Sarrazin told Motorsport.com. “They are the smallest team in the championship, but we did a good step [in season two].

"I did a podium [at Long Beach] and fought regularly in the top five. I scored points at every race; I was the only one, so it was a good season. I hope we make a good step this season.”

Sarrazin believes that developments in private testing, which include a lighter powertrain package believed to now incorporate two instead of four gears, will keep the squad in close competition with the other teams.

“We’re a small team, we are pushing and I am pushing them. It’s exciting and encouraging,” added Sarrazin.

“It’s good to have more and more manufacturers, and I’m happy to fight with the top teams. I was five times in superpole this year, for me it’s an honour and I’m very proud of how Venturi has come up with a very good car.

"With one or two [more] manufacturers it will be tougher, but I think we’ve made a good step with our powertrain.”