Evans to partner Carroll at Jaguar 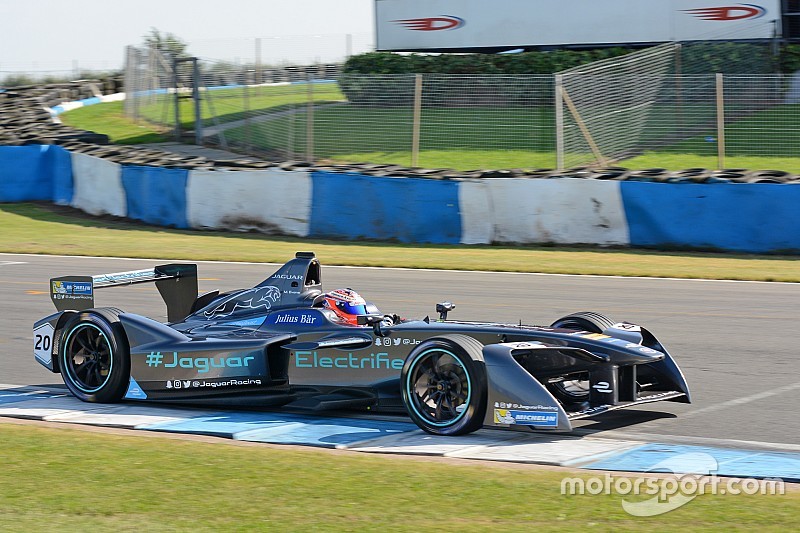 Mitch Evans is set to be unveiled as teammate to Adam Carroll at the new Jaguar Formula E team next week.

The Kiwi, who is currently competing in GP2 with Campos Racing, has impressed the team with his adaption to the all-electric series at the first public test at Donington Park last week.

Evans ended the second day of testing 15th fastest and a tenth of a second quicker than Carroll’s best time.

The New Zealander has already been confirmed as testing one of the Jaguar’s drivers at Donington over the three-day test next week, the British marque having also given outings to Alex Lynn and Harry Tincknell in the first test.

Motorsport.com revealed last month that Carroll had reached an agreement with the team in July after he conducted the majority of private testing for the team, which has Williams Advanced Engineering as its major supplier.

Although Jaguar is publically stating that the signing of Evans has yet to be completed, a Motorsport.com source within the team confirmed today that a deal was concluded earlier this week.

The signing of Evans, who is the protege of former Jaguar F1 driver Mark Webber, will be a blow to Lynn, who is one of Evans' current GP2 rivals.

The British driver has already gone on record stating that a third GP2 season is out of the question, and had been eyeing an expanded role at the Williams F1 team combined with a season of Formula E.

Jaguar is set to unveil Carroll and Evans and the official livery next Thursday at the Jaguar Heritage Collections Centre in Gaydon on September 8.

The Jaguar I-Type 1, which is running a single motor/two gear set-up, is also set to be revealed in its full race livery next Thursday.