Mitch Evans “hurts in every aspect emotionally” after his 2021 Berlin E-Prix startline glitch sparked a heavy shunt and eliminated him from the Formula E title race.

The Jaguar Racing driver entered the race in prime contention for the crown, having qualified third while points leader Nyck de Vries started down in 13th to boost the Kiwi’s chances of overturning the five-point deficit he held to the Mercedes driver.

Evans lurched forward only a matter of inches at the start before his car then sat motionless and he was hit by unsighted Venturi racer Edoardo Mortara, who had been second in the points.

Mortara ripped the front-left corner off his Venturi Racing machine and, in the impact, the rear of Evans’ car was lifted into the air, and he was spun around.

After the cars were made safe, Evans was extricated and did not require further medical attention, while Mortara was taken to hospital for precautionary checks in line with FIA regulations.

Speaking to Motorsport.com, Evans said of his condition: “I'm a little sore but it hurts in every aspect emotionally.”

Although the cause has not yet been fully identified, it is thought that an inverter failure or possible MGU fault are the most likely suspects.

Describing the incident, Evans said: “We just went through the normal starting procedure and then obviously, when the lights went out, I went to release the paddle that triggers the start and something tripped.

“It got going and then it tripped and that was it done.

"I have no idea, it’s never ever happened in the hundreds of launches I've done in testing and throughout the whole season.”

Evans was shown to immediately look in his mirrors to check for approaching cars. 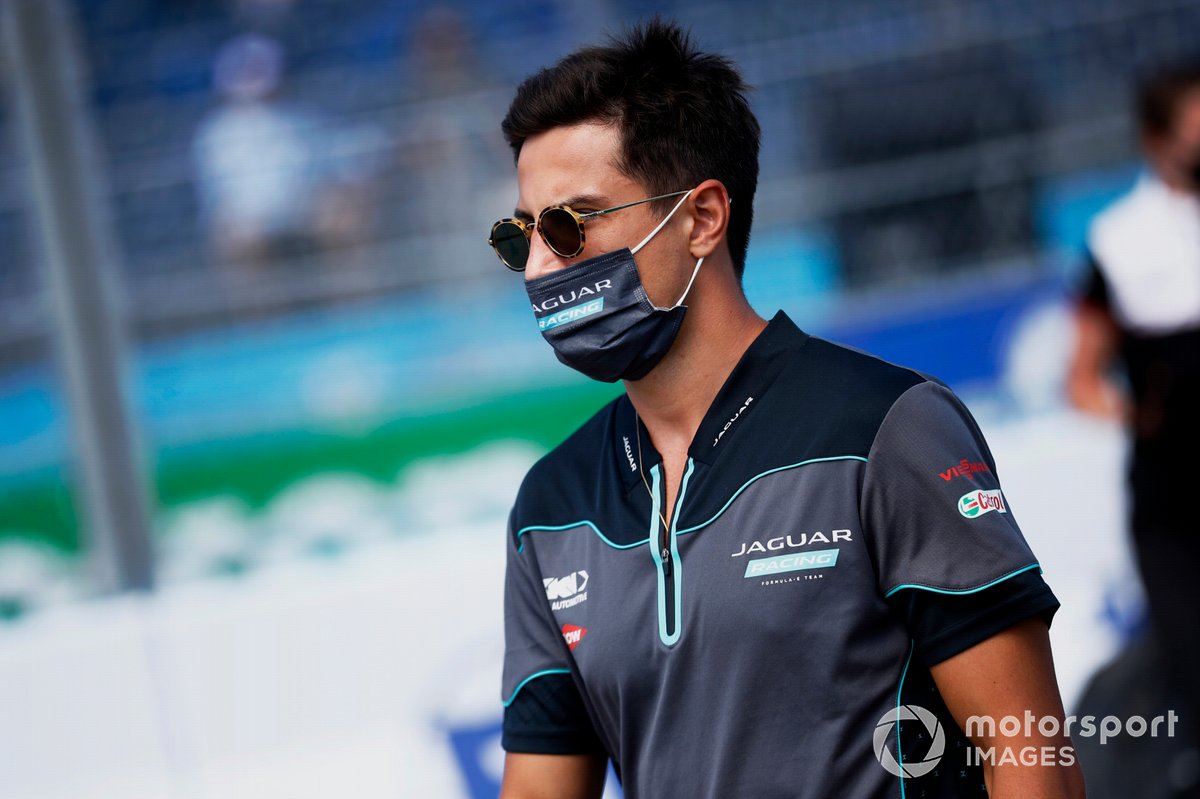 He said: “I knew the issue I had was terminal. Then you just hope no one hits you.

“I could see Edo coming and just braced myself. It was a big hit.”

Evans did credit eventual champion de Vries, who dived to the inside wall to miss the wreckage, but admitted the “pain” would last well into the off-season.

“I'm gutted for myself and the whole team. We did everything right this weekend, we were quick and put ourselves in a great position for the race.

“All we had to do was just pull off a really clean race and it would have probably been 'job done'.

“Nyck definitely deserved the championship just as much as I think I would deserve it.

“It's going to hurt for a long time.

“You just have to accept it and swallow it somehow, even though it's painful.”

Mortara was also taken to hospital in the opening Diriyah E-Prix round when a braking failure on his Mercedes powertrain sent him into the barriers following a practice start.