The Dutchman arrived in the final race of the 2020/21 season with a narrow three-point advantage over the Venturi of Edoardo Mortara, but a 13th-place starting position left him vulnerable to his title rivals on the reversed Tempelhof Airport circuit.

However, his championship hopes took a major boost when Mortara collected the stranded Jaguar of Mitch Evans at the start, putting both of them out of the race.

After a safety car restart, BMW rookie Jake Dennis was the next title contender to fall out of contention, crashing at the exit of Turn 1 with what appeared to be a technical issue.

With three of his primary rivals retiring in the opening laps and remaining challengers running outside of the points, de Vries effectively had the drivers’ title in his bag by that stage.

But he continued to charge his way up the order, rising as high as third behind Mortara’s teammate Norman Nato and the lead Nissan of Oliver Rowland.

After a close battle with Mahindra’s Alexander Sims, the Porsche of Andre Lotterer and his own teammate Stoffel Vandoorne, he settled for eighth, which was still enough to secure the drivers' title by seven points over Mortara.

With Stoffel Vandoorne finishing on the podium in third, Mercedes also clinched the teams’ championship in only its second season in the category, overhauling what was a 13-point deficit to Jaguar coming into the final race.

Speaking after his first title success since Formula 2 in 2019, de Vries admitted that fortune was on his side in the Berlin E-Prix, but stressed that his own performance was worthy of a champion.

“I'm lost for words,” said the 26-year-old, who has also won titles in world karting and Renault Eurocup. “I'm starting to get a little bit emotional.

“Of course I feel sorry for what happened to Mitch and Edo because they deserved to fight till the end, it was an extremely tight championship all the way through.

“Everyone had a lot of ups and downs, and everyone was really in the same boat and that's why we came to the point of today, everyone basically being in contention and having a shot at this championship.

"And I just feel very very grateful that the fortune has chosen us. [But] I think we drove an incredibly strong race, I'm proud of that.

“Everyone pushed really really hard and everyone worked day and night, and I'm just very grateful to give this reward to the team.

“For me personally it still needs to sink in a little bit. I don't quite realise it yet. It's 10 years since I won a world championship, 2010 and '11 I won it twice in karting, 2019 was F2, and ultimately no one can take this away from me and that's what counts and that makes me happy.” 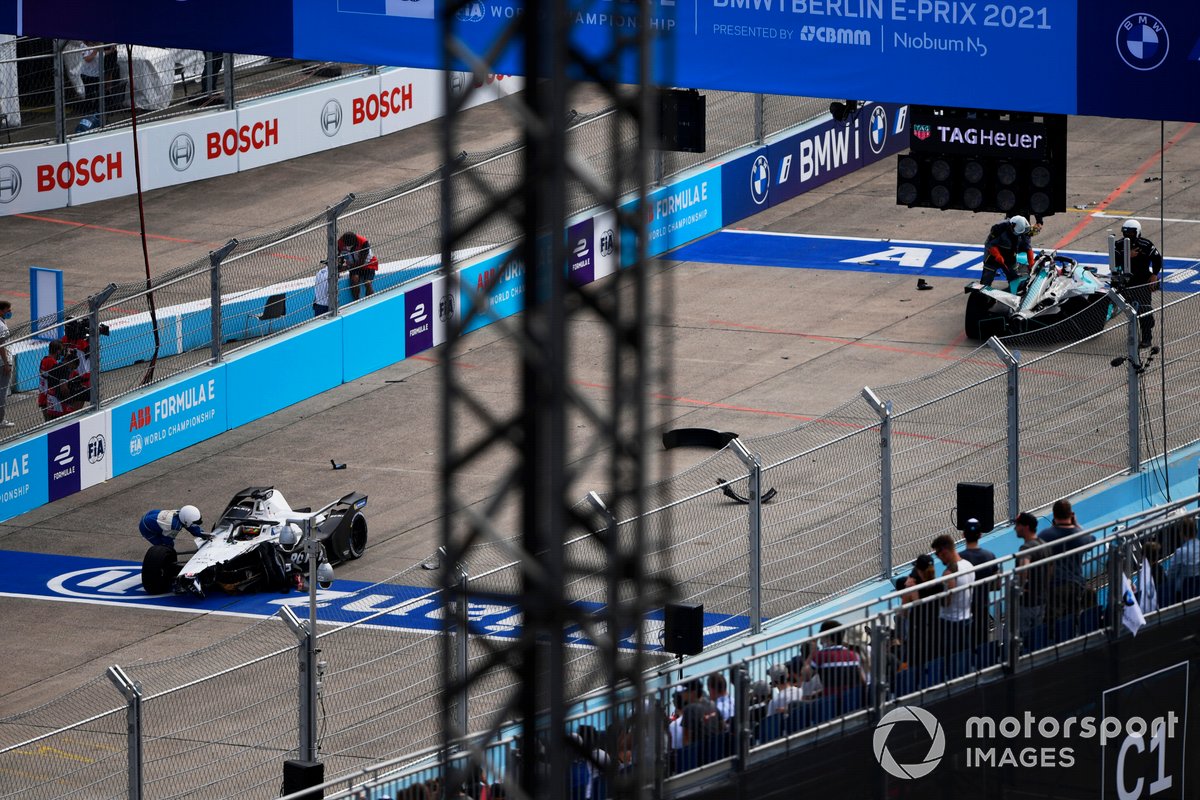 Although de Vries started the 2021 campaign with one of the most dominant victories in Formula E’s recent history, he also went through some difficult patches later in the year, slipping to 10th in the championship after New York - 22 points behind then standings leader Sam Bird.

Much of his inconsistent results were down to Formula E’s qualifying system which left him in the unfavoured first group, but both he and Mercedes have also been guilty of making some uncharacteristic mistakes over the course of the season.

Asked to describe Mercedes’ season of peaks and troughs, team principal Ian James said: “Today was pretty much the peak of peak.

“Pretty much like Nyck it's going to take a while [for me] to settle in I because this series is designed in such a way that you never know what's going to happen.

“If we look back at the season there were some mistakes of our own making, that's for sure, there were times when we were unlucky as others have been as well, but ultimately it's come good in the end.

“If I think about from a Mercedes-Benz's perspective, we've got 127 years in motorsport heritage and again to be the first world champions here, we are going to be savouring that for a while.”

Mercedes entered Formula E as a full-blown constructor in 2019/20 after taking over from its partner team HWA, but the German manufacturer’s tenure in the all-electric series could prove to be short lived with an announcement of its departure expected in the coming days.