This marks a joint venture with FTSE 100 sustainable technology company Johnson Matthey, while Motorsport.com understands that Delta Engineering, which has built two-seat Formula 1 cars in the past in addition to the spec Grand Prix Masters machinery, had led the development.

This culminates in a power output of 250kW, equivalent to 335bhp, and matches the maximum capacity that the McLaren Applied-powered Formula E cars can activate via attack mode as of the 2022 season.

Figures released give the car a top speed of 140mph, while the sprint to 60mph is reckoned to be 3.2 seconds.

That works out as 34mph and four tenths slower than the final-year capabilities of the Gen2 Formula E cars.

The "dedicated" two-seater carbon-fibre monocoque uses a tandem set-up to house its driver and passenger, while the car will run slick tyres as opposed to the current treaded all-weather Michelin compound used in Formula E.

Envision Virgin Racing managing director and chief technology officer Sylvain Filippi said: "The two-seater race car has been specifically designed to test and push the battery performance to its extreme.

"This battery technology is unlike anything else we've seen before, and we wanted to create a prototype car that would really put it through its paces and showcase its huge potential.

"Challenging on-track trials will provide an accurate indication of how the battery could perform in commercial use. 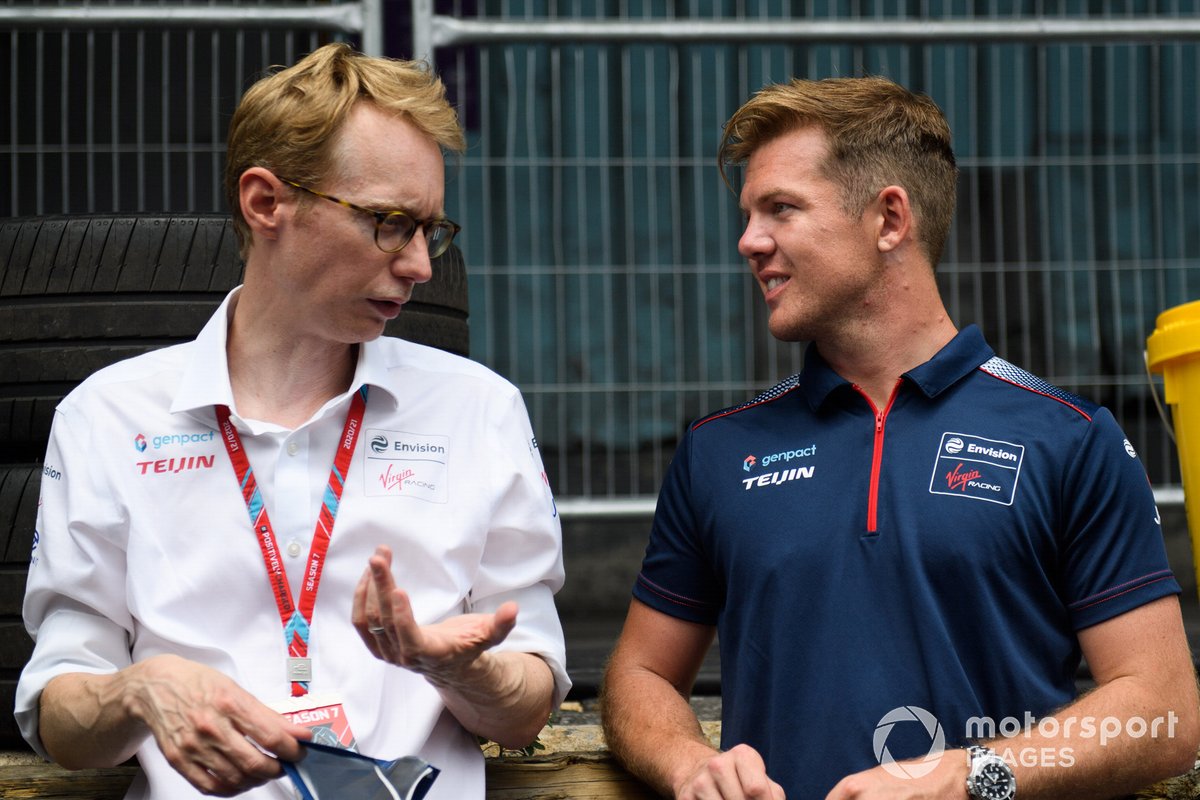 "It won't be required to reach the same speeds away from the track but will face other modern commuting and road-driving demands that require strong, reliable battery performance.

"These really are next generation batteries with the potential to revolutionise the wider public adoption of EVs."

Envision Virgin Racing will, in addition, unveil its 2022 Formula E challengers at the COP26 summit in Glasgow, while also showing a Formula E car made entirely of plastic waste.

"Not only will the racer generate valuable test data, but we look forward to giving passengers the opportunity to experience the visceral thrill of a high-performance electric race car."

Da Costa to remain with DS Techeetah in 2022 FE season