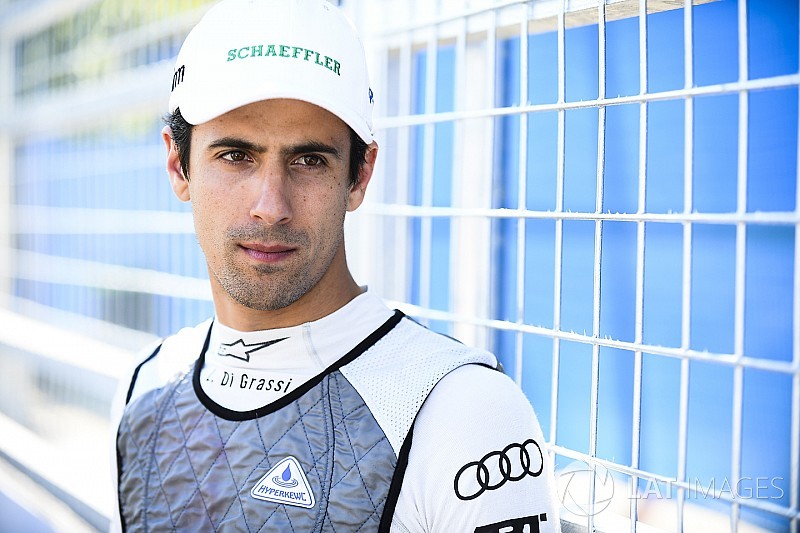 Formula E champion Lucas di Grassi’s newest deal with Audi will keep him at the German manufacturer for the next three seasons of the electric single-seater series.

Di Grassi first raced for Audi in LMP1 at the end of the 2012 season, before being added to its roster of drivers for 2013 and joining its full-time FIA World Endurance Championship line-up in 2014.

He has been an ever-present in Formula E with the Abt team, which Audi first backed in 2015/16 and then upped its involvement with for 2016/17, helping di Grassi to his first title.

Audi has now made the Abt entry a fully-fledged works operation, which di Grassi revealed he had committed to for the long-term.

“I signed a three-year deal with Audi, a very good deal, better than I ever had,” he told Motorsport.com. “My focus is to race in Formula E.

“I have been with Audi since 2013, it’s been the most successful part of my career. It’s a dream come true to spend another three seasons with them and make this work.”

Audi’s inaugural Formula E challenger, the e-tron FE04, was unveiled at a launch event at the manufacturer’s Nurnberg headquarters on Wednesday night.

Di Grassi said the way Audi had impacted the project already was positive.

“I’m very happy with them and what we achieved, how the structure is with Allan [McNish] now team principal, Abt still running the operational side and Audi putting the technology behind,” he said.

“We are in a good position. Audi inherited a championship-winning car and driver so expectations are high.”

Di Grassi had Renault talks in 2016

Di Grassi also revealed he talked to the Renault e.dams team about a possible switch after the 2015/16 season.

The Brazilian lost his victory in the Mexico City ePrix in March 2016 after an error from the Abt team meant one of his cars was underweight.

That incident led to di Grassi considering offers from other teams, including rival Sebastien Buemi's Renault team, and he did not re-commit to Abt until May.

Shortly after that, Audi confirmed it would become more involved in the project.

“At that time it was not very clear what Formula E was going to be and which manufacturers were going to join,” di Grassi said. “At that point I had offers from everybody on the grid, including Renault.

“Renault came to me and asked if I was available for the year after and we discussed financials. I didn’t know what was happening.

"But I had a long discussion with the team [Abt], I trusted the team, so I decided to continue.”