From pole, da Costa was able to stay ahead of Mortara in a bid to assert his control over the race in its early stages - and preceded a quick flurry of attack mode activations from both Techeetah cars.

Although da Costa preserved the lead after he and Mortara had taken their first sets of attack mode on laps five and six respectively, he conceded it once more on lap eight in taking his second activation of 250kW.

Mortara waited an extra couple of laps before responding, which proved to be enough to keep the lead over da Costa.

Da Costa then dutifully played the team game to allow Vergne past but, towards the end, the cars swapped once more to give the Portuguese driver a shot at clearing the leading Mortara.

Admitting that the team tried to pull "the rabbit out of the hat" with its pair of swaps, da Costa felt that they did more harm than good in letting Mortara enjoy a break from the pressure.

"Obviously, when you start from pole and we had a lot of work before coming here in the team, and we thought we had it well under control, at least believed that we could have a race win here," da Costa recalled. "I think ultimately, Edo and Venturi, they had a bit more than us.

"My race was a little bit compromised by few things here and there, with Rowland nearly hitting me and I almost lost the car there, and Edo went to the attack mode and came back in front, and then the switch of positions with JEV as well.

"So we always kept giving him a bit of a breather to control this race of the way he wanted. At the end we wanted to make the race hard for him and see if we could pull the rabbit out of the hat.

"I knew it was going to be hard. But yeah, it's been it's been a few races since I was on the podium. A few good results for me lately in the last month or so, so it's good we've started building momentum towards the end of the season." 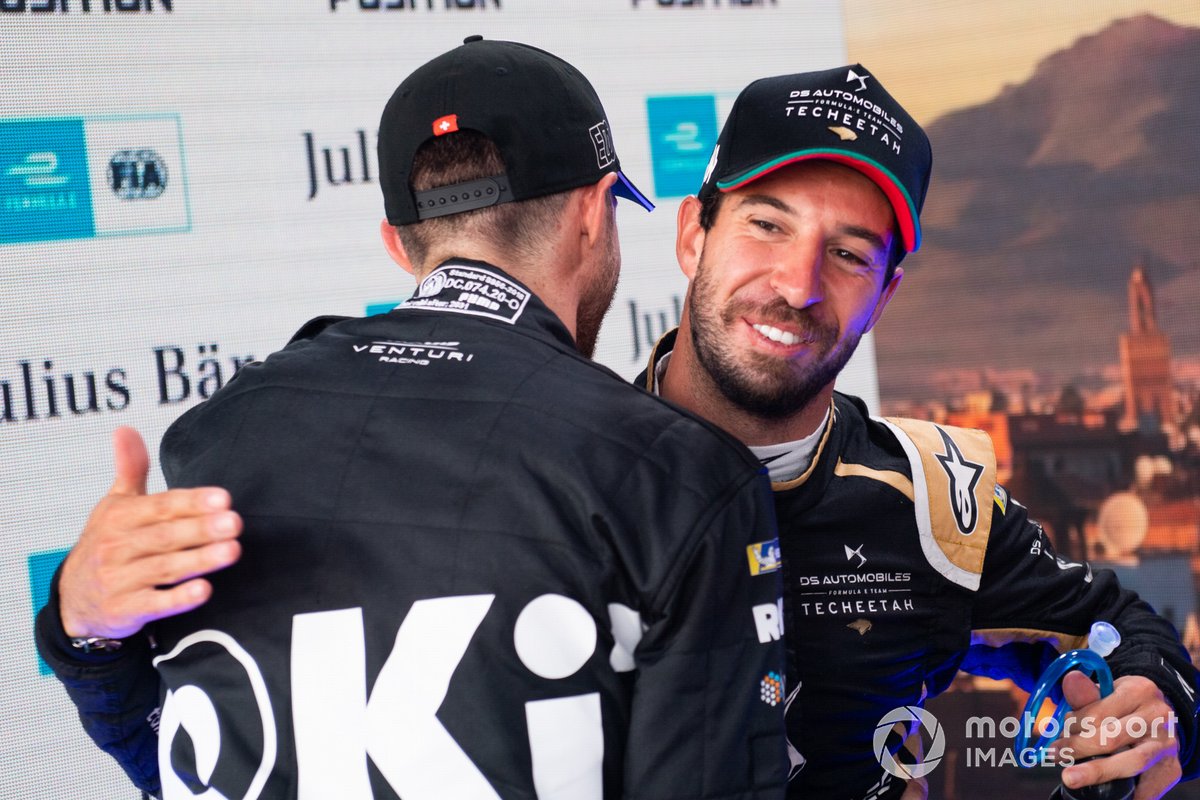 In explaining the swaps between he and Vergne, da Costa reckoned that the team should have tried to switch their drivers later on in the race and allow him to have a more concerted charge at Mortara.

"I would say [make the switch] a little bit later. Maybe let me challenge Edo and if I don't pass him we swap.

"I don't know, I need to look at numbers and the strategy plans. The team obviously has a lot more information than what I do in the car, and so I have to trust them.