DS Techeetah's Antonio Felix da Costa will spend the rest of 2021-22 helping teammate Jean-Eric Vergne secure a third Formula E title, stating that "the championship is done for me".

2019-20 champion da Costa has endured a difficult season so far, failing to score in the opening races at Diriyah and since then has struggled to keep on Vergne's pace through the year.

The Portuguese driver has yet to finish on the podium this season, and now sits 62 points behind his teammate in the standings - and 67 behind championship leader Stoffel Vandoorne.

Da Costa explained that he was now expecting to play a role as Vergne's tail-gunner, and help Techeetah bag the teams' championship, where it is 16 points adrift of Mercedes.

"I think pretty much the championship now is done for me," da Costa admitted.

"So I have an important goal to help the team finish first in the constructors' championship. And then if I can help my teammate at some point that's going to come into play as well.

"At the moment, I'm still targeting race wins and podiums; I haven't had a podium this year, we have been close a few times. So that's the goal." 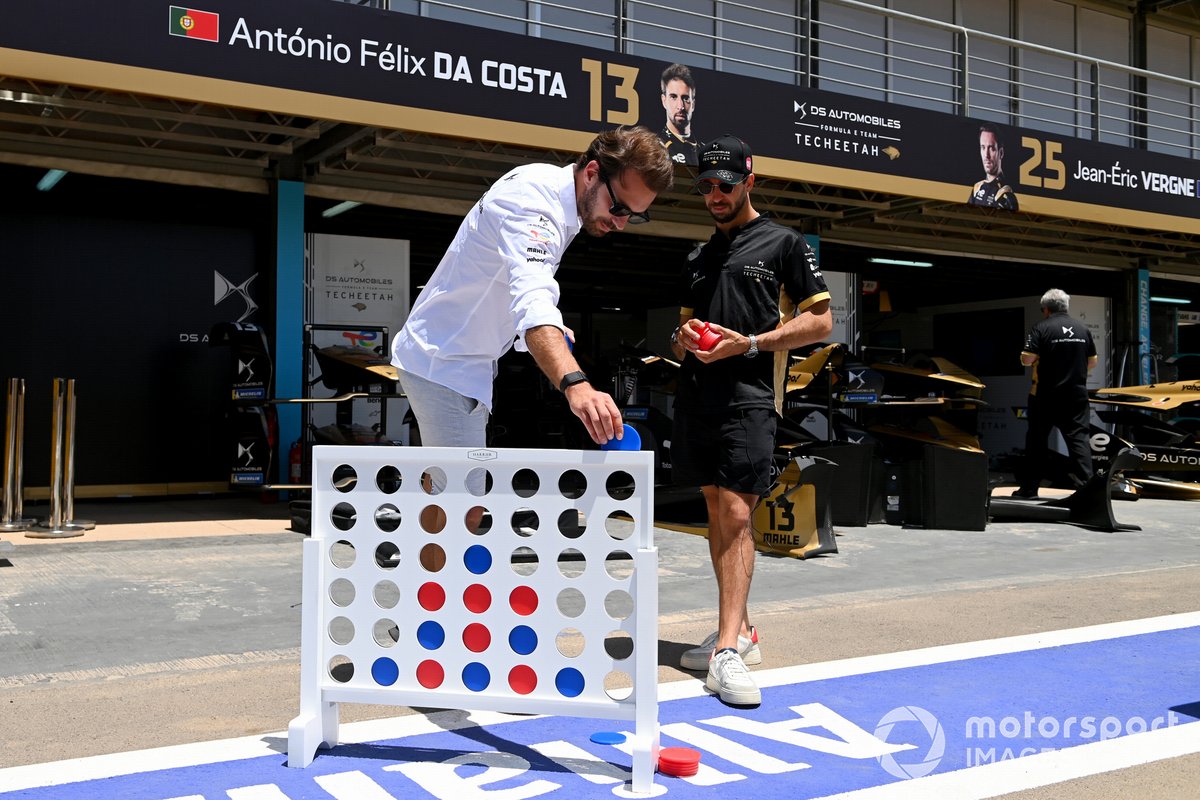 Da Costa explained that his LMP2 triumph with the Jota squad at this year's Le Mans 24 Hours gave him motivation, particularly hoping that it could help further good results this year follow in Formula E.

He added that his side of the Techeetah garage had not been able to maximise the performance of his car quite to the same level of Vergne across the season - but felt that his team was making step-by-step improvements.

"As an athlete to know, as a racing driver, the chance of good results coming from the back of a good result, it's always motivating.

"I have to say honestly, I haven't had as smooth a season in this year in Formula E. But we've been getting closer to the top each race.

"In Jakarta we were fighting for pole and qualifying in the top five almost every race now. So we're close. There are still a few things that we're not nailing as a team on my side of the garage as JEV has been, he's been really putting almost everything together.

"But we're close and it's good preparation for this place. Obviously, winning Le Mans is good for my for my motivation as well."