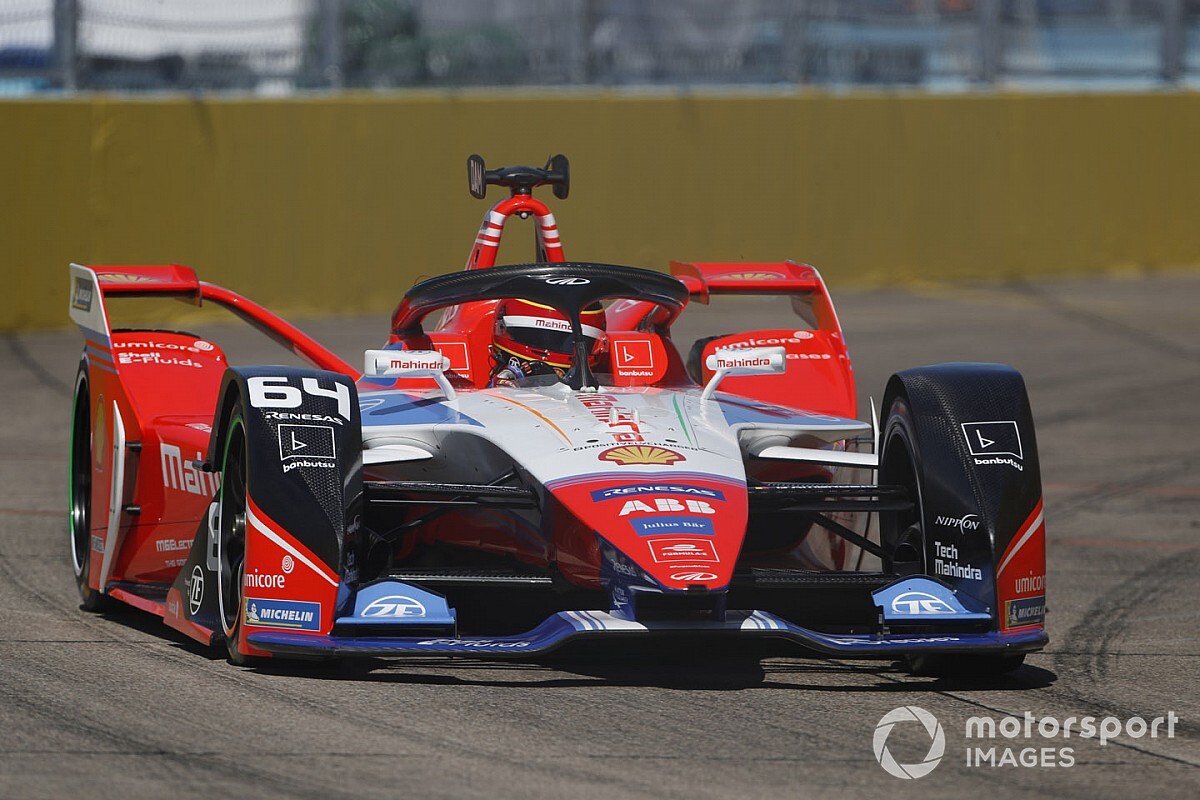 A 1m06.723s effort on full 250kW power, set after the chequered flag for the second 30-minute session, boosted d’Ambrosio above Guenther by 0.109s.

Ahead of the second brace of races, the Berlin track was washed to clear some of the rubber laid down from the two E-Prix won by Antonio Felix da Costa on Wednesday and Thursday.

Michelin also issued revised tyres pressures, down by 0.1-bar, which resulted in the cars lapping with identical times to the reversed circuit layout used previously.

A strong time for defending champion Jean-Eric Vergne, who only scored a single point earlier this week, put him in third place ahead of Nissan e.dams driver Sebastien Buemi - the polesitter for the Berlin E-Prix last season.

Nyck de Vries rounded out the top five for Mercedes ahead of points leader da Costa - who is already in mathematical contention of winning the title with three rounds to spare.

Da Costa topped the free practice one running on a 1m06.831 ahead of d’Ambrosio, and the DS Techeetah pilot led for much of the opening minutes in the second session after his 200kW first effort.

But on his full power run, he locked up under braking in the second sector to lose 0.2s, having beaten Vergne’s sector one benchmark.

Stoffel Vandoorne completed the top 10 for Mercedes, ahead of Porsche's Andre Lotterer i and the Venturi of Edoardo Mortara.

Despite beating da Costa’s early time courtesy of an attack mode boost, Mitch Evans would fall to 13th as Jaguar continued to struggle for pace.

The only stoppage across the two sessions came courtesy of double DTM champion Rene Rast.

In first practice, his Audi car stopped exiting Turn 4 after only 10 laps and could not be restarted, which led to a brief red flag period.

In the later and hotter practice run, he ended the times in 22nd ahead of both NIO 333 drivers Oliver Turvey and Daniel Abt.