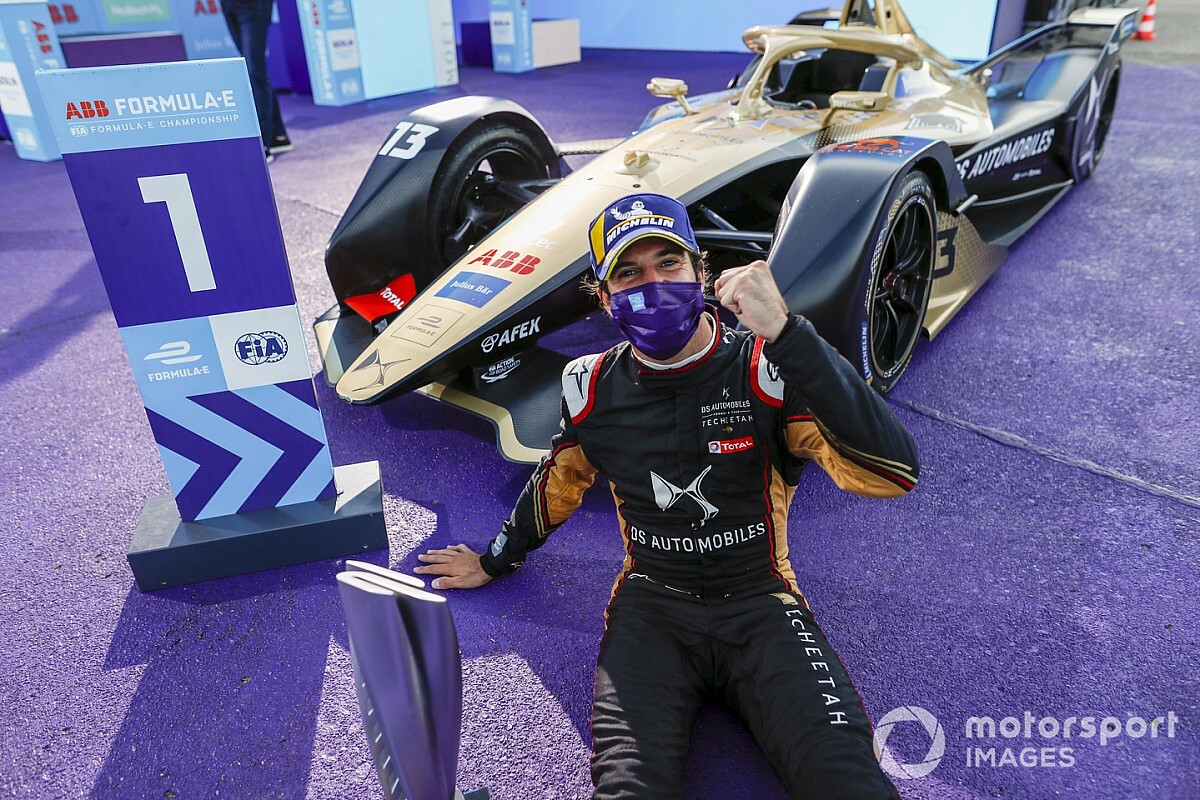 The electric paddock reconvened after a 158-day coronavirus hiatus for a brace of races on the reversed Tempelhof Airport circuit ahead of what was expected to be a wide-open title fight. But it no longer looks like the crown will go down to the last race of the season.

Instead, da Costa guided his DS Techeetah car to two consummate victories, as he dictated the pace on his own terms - much to the frustration of team-mate and defending champion Jean-Eric Vergne.

In the latest episode of Behind the Race from ThEVox, Autosport's Formula E correspondent Matt Kew is joined by Italian racer Michela Cerutti to discuss how it all came together so smoothly for da Costa and if there is any hope of him being beaten to the championship spoils.

Da Costa bagged two pole positions and two wins to extend his standings lead from a solid 11-point advantage up to a mighty 68, with only 120 points on offer from the final four races.

This all happened as intra-team angst once again reared its head, this time coming from Vergne over team radio as he felt aggrieved that da Costa was seemingly ignoring pre-agreed team orders to work together to save energy and tyre.

Vergne’s annoyance would creep into race two also, meaning he would achieve a best result of only 10th  place to drop from eighth in the points down to a distant 12th.

Jaguar driver Mitch Evans - closest to da Costa in the championship table prior to the restart - was also down on his luck, struggling to explain the disappearance of his car’s previously stellar race pace.

That afforded an opportunity for series newcomers Mercedes and a rejuvenated Audi attack to climb the order courtesy of Stoffel Vandoorne and Lucas di Grassi respectively.