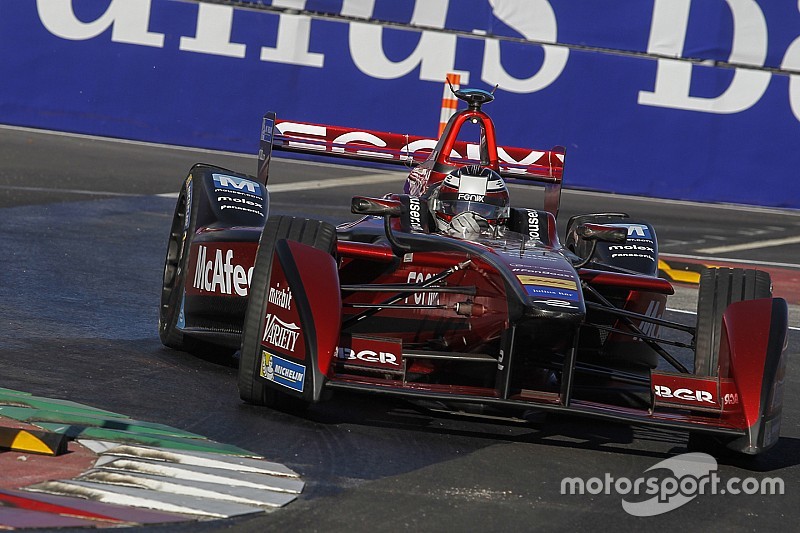 This weekend’s Mexico City ePrix will feature changes to the 1.3-mile Hermanos Rodriguez track, with both the first corner and the final chicane being re-profiled.

The former chicane at Turn 1 has been replaced by a temporary right-hand corner, which intersects the Grand Prix circuit just beyond the pitlane.

The change is likely to see more possibility for overtaking on the pit straight due to the eradication of last year's temporary chicane, and the subsequent later braking for the new corner - which is not as tight as the previous design.

“The first corner is totally different and we think a cleaner solution,” Formula E championship commission manager Fred Espinos told Motorsport.com. “It is opposite to what we had last year and should provide a better flow for the cars and maybe more chance to overtake.”

When asked about the possibility of drivers going over the white perimeter line of the circuit on the approach to the first corner to take the ideal line, Espinos warned drivers would be penalised.

“It is normal," he said. "If you go all four wheels over the white line you will get a penalty. I can’t see the drivers doing that completely here though. Two wheels for sure, but not all four.”

The final chicane has been altered to try and avoid repeats of last season, when some drivers took shortcuts through the complex.

“It is clear they want to stop the chicane-cutting,” Renault e.dams driver Nicolas Prost told Motorsport.com. “The last chicane has changed but also the other chicanes too with the walls closer to the apex now.

"We used to have a metre, so you could use a lot of kerb, but now I’m not so sure. I think it will make it all a lot tighter.”

F3.5 champion Dillmann to test for Venturi in Mexico