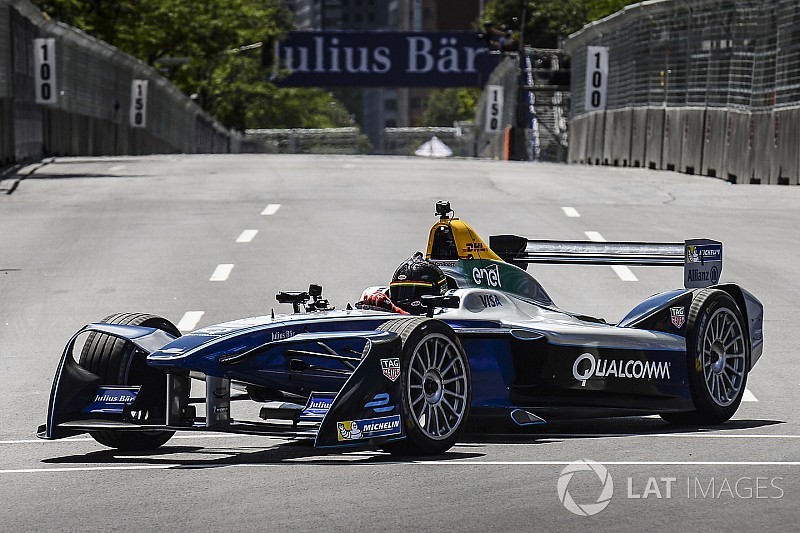 Champ Car race winner Patrick Carpentier turned down the offer of a Formula E test at first because he thought it was a serious attempt to get him back into racing.

The Canadian completed a demonstration run ahead of July's 2016/17 season-ending Montreal race, and was invited to test the car again in Valencia last week.

Carpentier drove the Spark SRT_01E after the first day of official pre-season testing finished on Monday, completing "about 10 laps".

"At first I was confused. It kind of sounded like it was for a ride or something," he told Motorsport.com.

"At first I said no, then they just said do the test and have fun, so I said I'd do it.

"But it was confusing at first what the test was about, after that I understood it was just for fun. I kind of knew - I'm 46!"

Though Carpentier has competed in occasional stock car and rallycross events in recent years, his last full campaign was the 2008 NASCAR season.

He said his main reason for doing the test was to learn more about energy harvesting for the television broadcasts he is part of in Canada.

He said he "loved" driving the car and had been eager to explore the Ricardo Tormo circuit.

"It was not a lot of laps, but it was worth it," he added. "It's so much fun to drive. I love this series so much, it's what today's world is all about - you've got to spend and save. You can't just go wide open all the time.

"It was a lot harder than I thought it would be. I tried to follow the numbers, then the sun came in and was on the screen, then I wasn't sure where I was at - I just gave up!

"I said I'd just do what I'm used to, go wide open until the chequered flag. I'm happy, I got a glimpse of the energy and what it is. The series has been really nice, to fly me here, along with Montreal.

"It's a super nice thing to do and it's been fantastic."

Carpentier said the success of older drivers, like Nick Heidfeld (40) and Stephane Sarrazin (42 next month), in FE meant age was not an insurmountable obstacle to a comeback, but explained he had built "a separate life now".

"I'm not sure I would come back, leave all that to go racing," said Carpentier, who commentates on "80-100 races a year" for Canadian television.

"You need such a commitment, it would have meant almost to let go of all of it to go back in. And is it worth it for a year or two? I've seen Jacques [Villeneuve] and people do it. I don't think so, not for me.

"For sure if a team would say jump in [to test] I would say 'why not?' but besides that it's just for fun."

Haryanto says Formula E his "only option" for now