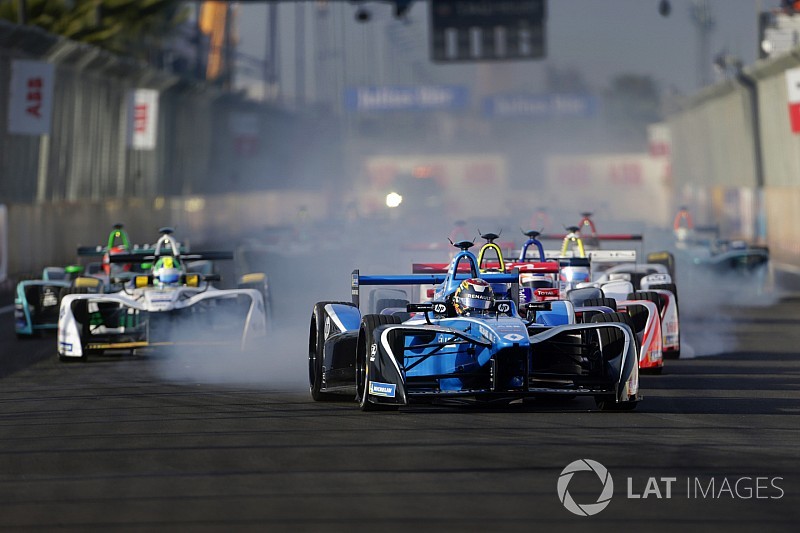 Races in Cairo, Beirut and Doha are under discussion for Formula E's 2018/19 season, while a return to mainland China is all but guaranteed.

Cairo, the Egyptian capital, has since emerged as a serious contender for a race too.

Asked about the options for new locations on its 2018/19 calendar, FE CEO Alejandro Agag confirmed to Motorsport.com that Cairo, Beirut and Doha, as well as "going back to mainland China", are "the main ones".

After Qatar Airways renewed its deal to be the title partner of this season's Paris and New York rounds, Al Baker described an FE round in Doha as "only a matter of logistics".

Last October, Agag headed a delegation that met Lebanese PM Hariri and, according to the national news agency, talked about "the possibility of staging a race for the championship of Formula E in the city of Beirut".

Agag said: "Beirut would be a great venue for this championship. It is a very beautiful city and a big capital and we would love to make this possible.

"We are exploring and working on the possibility, and hopefully we will be able in the future to have a race in Beirut."

The 2017/18 campaign will end in New York, but Motorsport.com understands some parties are also keen on FE adding a west-coast US round for future seasons.

It also remains to be seen if a Canadian round returns, as Montreal was due to be this season's finale but the city cancelled its race last December.

FE has not raced in mainland China since dropping Beijing from the schedule after it hosted the opening round of the first two seasons.

Hong Kong became the curtain-raiser in its place, ensuring the series retained a strong Asian link, however it is understood to be shifted from its position as the season opener for 2018/19 in favour of a race in the Middle East.

A maiden race in Sao Paulo is also expected to feature next year, after being dropped from this season's calendar due to unexpected delays with the local authority selling the area that was due to be used.

Despite a small amount of opposition and disruption Agag said the event was a "huge success" and could be repeated despite a change in local government.

The current circuit runs through three boroughs, creating a logistical nightmare, and a return would be on a revised circuit that only incorporated one. 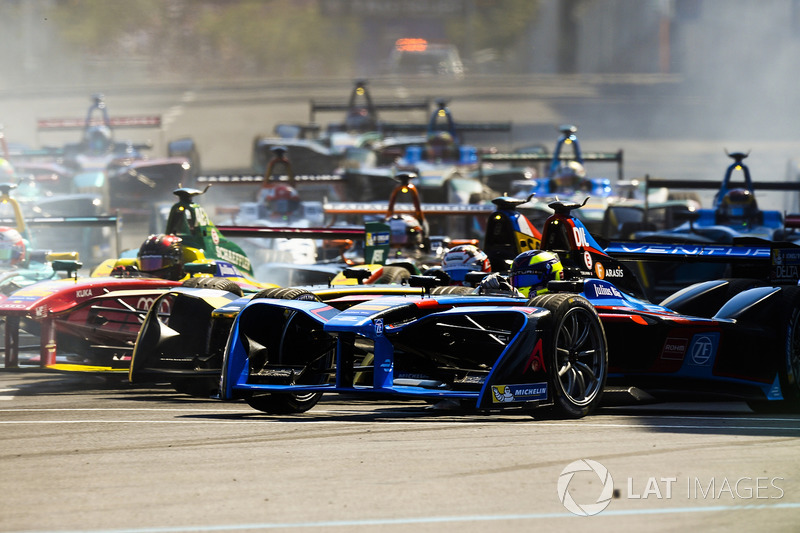 Tom Dillmann, Venturi, at the start of the race

Abt accuses Formula E rivals of cheating with Fanboost