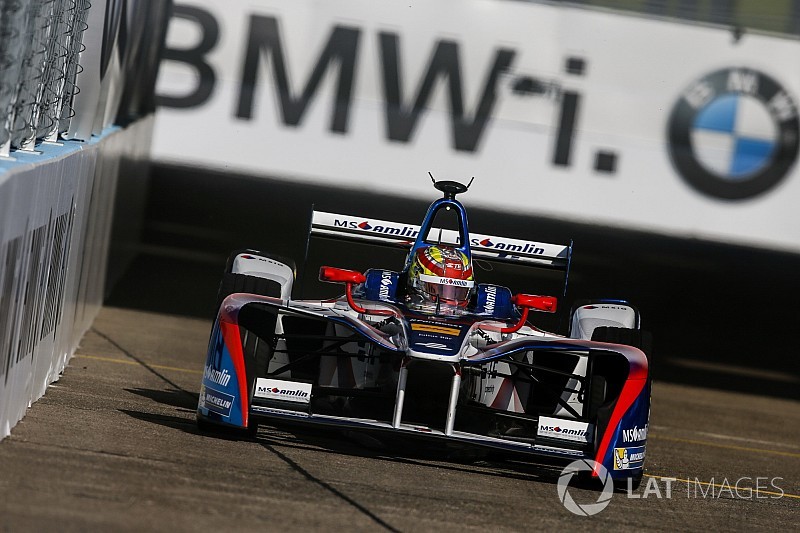 BMW has confirmed it will have a full factory presence in season five of the FIA Formula E championship.

The Bavarian manufacturer has been involved in the all-electric championship since the start of season two, when it entered into a technical alliance with the Andretti squad.

BMW was then granted manufacturer status for season five onwards back in March, a precursor to Tuesday's announcement that it would be taking over the Andretti entry in full from 2018/19 onwards.

It will therefore join marketplace rival Audi, which confirmed its takeover of the Abt Schaeffler outfit for season five last week, in the ranks of full Formula E manufacturer entries.

“Formula E has developed fantastically as a racing series and, as a new, technology-based project, is perfectly suited to the BMW Group and BMW Motorsport," said BMW motorsport boss Jens Marquardt.

"Because it is very important for us to demonstrate our technological expertise, we have shown a firm commitment to this project through the registration of BMW AG as an official manufacturer and are facing up to the growing competition there."

Since joining up with BMW, Andretti has scored a sole podium finish with Robin Frjins in Putrajaya in season two, while its best result of the current campaign has been a fifth place for Antonio Felix da Costa in the opening round in Hong Kong.

Despite a lack of recent strong results, Marquardt underlined BMW's commitment to Andretti for its new works venture.

"The series represents a completely new challenge for us – a challenge we are happy to take on together with Andretti Formula E," added Marquardt.

"Andretti is the ideal partner for this mission. The name needs no introduction in international motor racing. Our cooperation is already working very well, and we look forward to taking the next steps together.”

"BMW is leading the automotive future with the BMW i line and their innovation in electric car technology. I couldn’t pick a more prestigious or historic manufacturer to work with in Formula E.”

Nelson’s column: Why I love street racing in Formula E