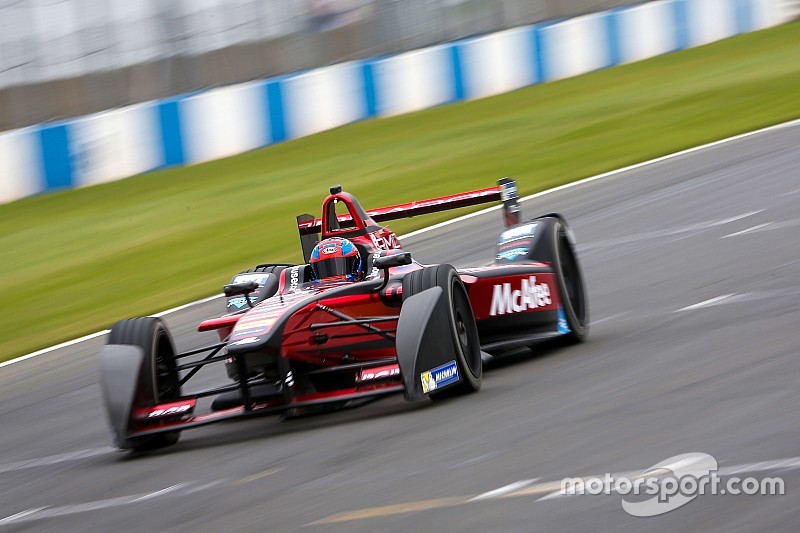 Plans for a power increase in season two races of the Formula E Championship will go ahead, but has so far split paddock opinion, as Sam Smith explains.

Each of the 10 teams has been testing one upgraded battery this week before the cars are shipped to China for the first race around the streets of Beijing on October 17.

The increase from 150kW to 170kW for race mode is set to be introduced for the upcoming sophomore season of the all-electric championship. Actual energy usage will remain unchanged at 28kW.

However, Motorsport.com has learned that the plans were at the centre of a considerable and often contentious debate between the FIA, FEH (Formula E Ltd) and the technical suppliers of the battery – Williams Advanced Engineering, who it is believed initially resisted a wholesale increase to 170kW in race power output.

The FIA has driven through plans to make the cars faster in the second year of competition after it was deemed that the single-seaters were too slow in season one.

Talks between the FIA, FEH and WAE have been ongoing over the last two months, and were initially deadlocked before breakthroughs were made just two weeks ago.

The confirmation of the move is believed to be set for when teams are issued with new sporting regulations on Friday.

Motorsport.com has learned that the teams have recently agreed to a set of conditions with FEH and WAE for the power increase this season. However, strict guidelines within the agreement are believed to cover potential cost implications if the agreed conditions of use are breached.

Batteries will perform 30 per cent beyond original design

Williams Advanced Engineering initially designed the batteries to a spec provided by the FIA before the start of the 2014/15 season.

The race power was originally set at 133kW but then increased to 150kW just before the first race in Beijing last September. If the cars do race at 170kW from the first race of season two onwards, it would mean that the batteries are set to perform 30 per cent beyond their initial specification and design.

WAE has worked with teams during pre-season testing at Donington Park this week to gauge the reliability and performance of the batteries at 170Kw.

Although modifications have been made to the battery, there is still concern it exceeds the original specification and RESS (Rechargeable Energy Storage System) of what is capable from the original design.

An additional concern is the tight timeframe for supplying the new spec batteries to all race cars in time for the Beijing opener. The first round is set to take place in six weeks' time, with all the cars, including the powertrains and some of the batteries being shipped, via train, this Friday.

However, some surplus freight can go to China early next month. Like the teams, WAE are at the mercy of FEH's logistical arrangements for the opening race.

Both the FIA and WAE were not available for comment when Motorsport.com approached them this week.

Motorsport.com gauged the opinions of the Formula E paddock at Donington Park on Monday, with outlooks split on the changes and of how they would be carried out on a fair and even playing field.

What remains unclear is for how long the mooted upgrade to 170kW has been part of the Formula E Championship's 'technical road map'.

Some paddock figures said it was a "long-held aim", while others expressed that "it had come late in the day and shifted the goalposts again."

Adrian Campos, whose eponymous team runs the NEXTEV TCR squad that won the inaugural championship, believes that the bigger picture for Formula E's technological road map is paramount for the image of the nascent series.

"You have to understand that the aim of the championship is very important and we need to push the innovations and be quicker every season," said Campos. "The test for all us manufacturers is to improve with new technology but we also need to control the costs too.

"We have to go as fast as the rules permit. There might be problems, but we have to solve those in order that we develop these kind of cars and the public sees they can get faster."

Renault's Formula E technical Mmnager Vincent Gaillardot told Motorsport.com that he thought the experience of the first season of racing would be instrumental in Williams making the key revisions to the battery to enable the power hike across the twenty cars from Beijing onward.

"Williams obviously have a year of experience and know much better their product," said Gaillardot. "They have performed extra tests with cell-temperature control and so on, to increase the maximum temperature.

"I don't think they have taken any risks; it is just a question of a better understanding of the whole system. We should never underestimate how complex the battery is and for sure they [WAE] have done a great job."

However, one leading engineer in the paddock, who preferred not to be named, believed that the changes were not necessary and stated his "sympathy for the difficult position WAE has been in since the start of the championship."

He added that Williams had been "railroaded and builled into a position it didn't want to be in.

"People don't realise how hard it is to do what WAE have done with the battery so far," he continued.

"The original spec had already changed after Williams had committed to the design and there were further changes just before the start of season one with different charge levels at certain times, energy recovery etc."

"I have a lot of sympathy for them because they have done a fantastic job, but often get criticised by teams and drivers, and now they have to deal with the goalposts being moved again.

"In my opinion it is a completely unnecessary risk, especially when we have so many new and complex technical set-ups with the cars for this season."

ABT, e-DAMS lead the way in Formula E testing

Lugano sets date for return of international racing to Switzerland