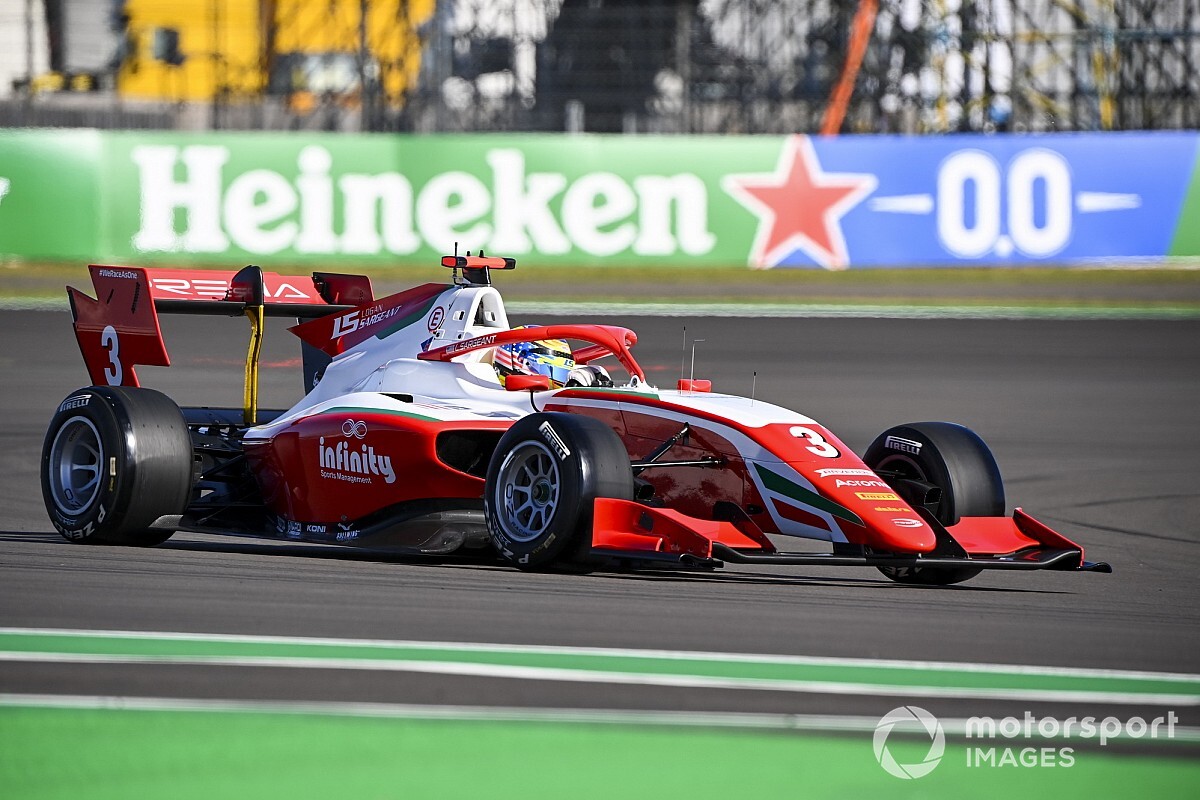 Sargeant led Renault junior Piastri after the first qualifying run, but Piasri was forced to stop his car just before the entrance to the pitlane halfway through the session.

As the marshals began to recover his car, Piastri was able to restart the car and he returned to the pits.

The remaining drivers took to the circuit for their second and final qualifying runs, and Australian racer Piastri joined them on the track a few minutes later.

However, Piastri’s car then stopped again and brought out the red flag whilst his rivals were attempting to displace Sargeant from the top of the timesheets.

The stewards noted the incident and said they would investigate one-time FIA F3 race winner Piastri after the session.

The session restarted with just under four minutes remaining, and Sargeant improved by over half a second to earn his second-straight FIA F3 pole with a 1m45.597s.

Red Bull junior Liam Lawson, who won last Saturday’s race from second on the grid, will once again line-up on the front row alongside Sargeant.

16-year-old Sauber junior Theo Pourchaire will line-up in sixth place for ART Grand Prix, with Red Bull junior Jack Doohan in a career-best seventh place on the grid for HWA.

In only his second weekend back racing in single-seaters, Ben Barnicoat was an excellent ninth-fastest for Carlin behind practice pace-setting Trident driver David Beckmann.

Beckmann’s teammate Lirim Zendeli rounded out the top 10 in the 30-minute session.

Reigning Formula Renault Eurocup champion Piastri had tumbled to 11th place by the end of the session after twice stopping on the track.

Fittipaldi and ART GP duo Alexander Smolyar and Sebastian Fernandez all improved immediately before the red flag caused by Piastri but fell to 13th, 17th and 19th positions respectively.