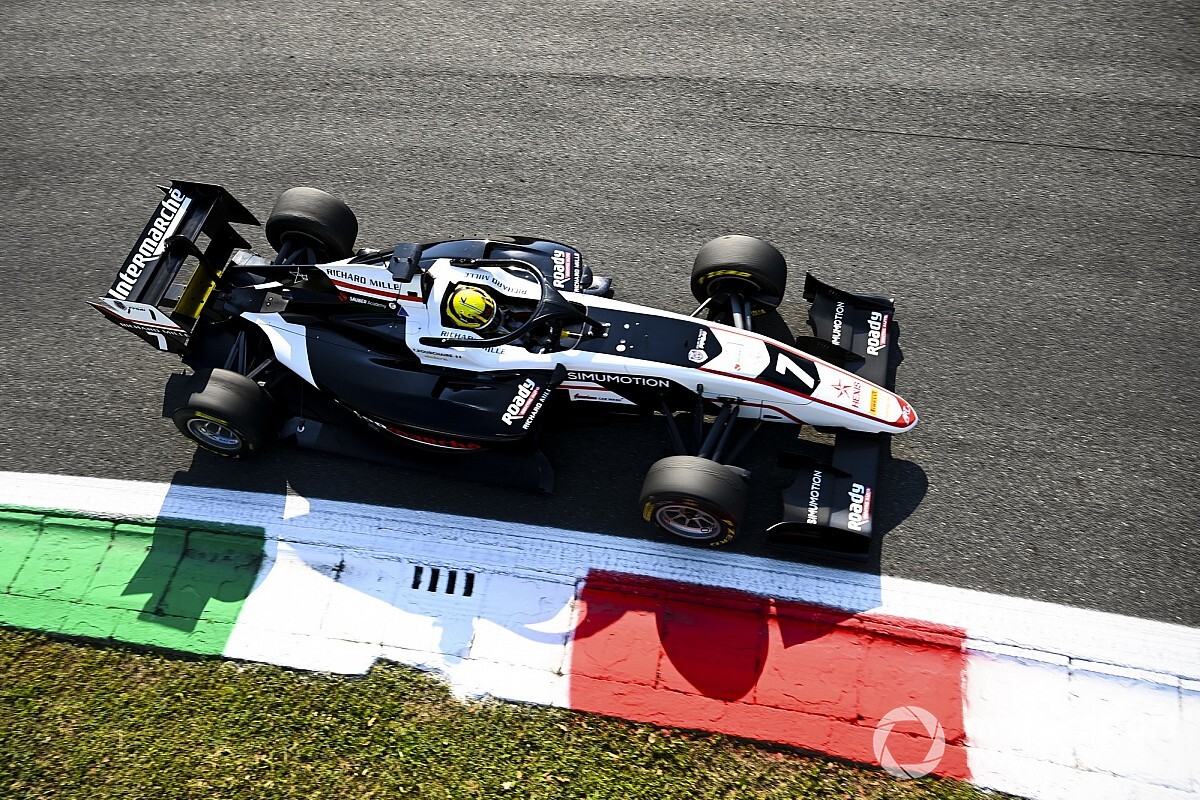 Theo Pourchaire earned his maiden FIA Formula 3 pole position in a farcical qualifying session, which has left three teams under investigation for impeding.

The session mirrored last year’s FIA F3 qualifying session, which resulted in penalties for 17 drivers after the majority of the 30-car field jostled for track position and ended up ruining each others' flying laps.

In similarly bizarre scenes this year, the drivers ran in a safety car restart-like formation on the entry to the Parabolica prior to the final qualifying runs to try and get in a position to receive a tow from the cars in front.

It was 17-year-old Pourchaire who emerged from the chaos to post a 1m37.301s and take his first FIA F3 pole and the four bonus points that come with it.

He was over four-tenths quicker than second-placed Lirim Zendeli, however Pourchaire’s ART Grand Prix team – along with Zendeli’s Trident and points-leading Prema – face a post-session investigation for impeding other drivers.

Pourchaire’s teammate Alexander Smolyar completed the top three in the provisional qualifying results, which are expected to drastically change.

Red Bull junior Liam Lawson’s ever-fading title hopes were dealt another critical blow when he left the pits with a cooling fan still attached to his Hitech GP-run machine.

He posted the fourth-fastest time, but he faces an investigation for the incident that brought out the red flag with just under 10 minutes of the session remaining.

Trident’s David Beckmann led the session after the first qualifying runs but dropped to fifth place, with Prema’s Frederik Vesti falling from second to sixth place.

Vesti’s title-contending teammates Logan Sargeant and Oscar Piastri found themselves in the middle of the frenetic scenes and could only manage to post the 10th and 12th fastest time respectively.

Matteo Nannini – nephew of 1989 Japanese Grand Prix winner Alessandro – earned his best qualifying result of the season in seventh place ahead of HWA’s Jake Hughes and his teammate Calan Williams.

A frustrated Hughes was one of a number of drivers to set a fastest sector time before encountering the Ascari chicane, which was littered with almost a dozen slow-moving cars.