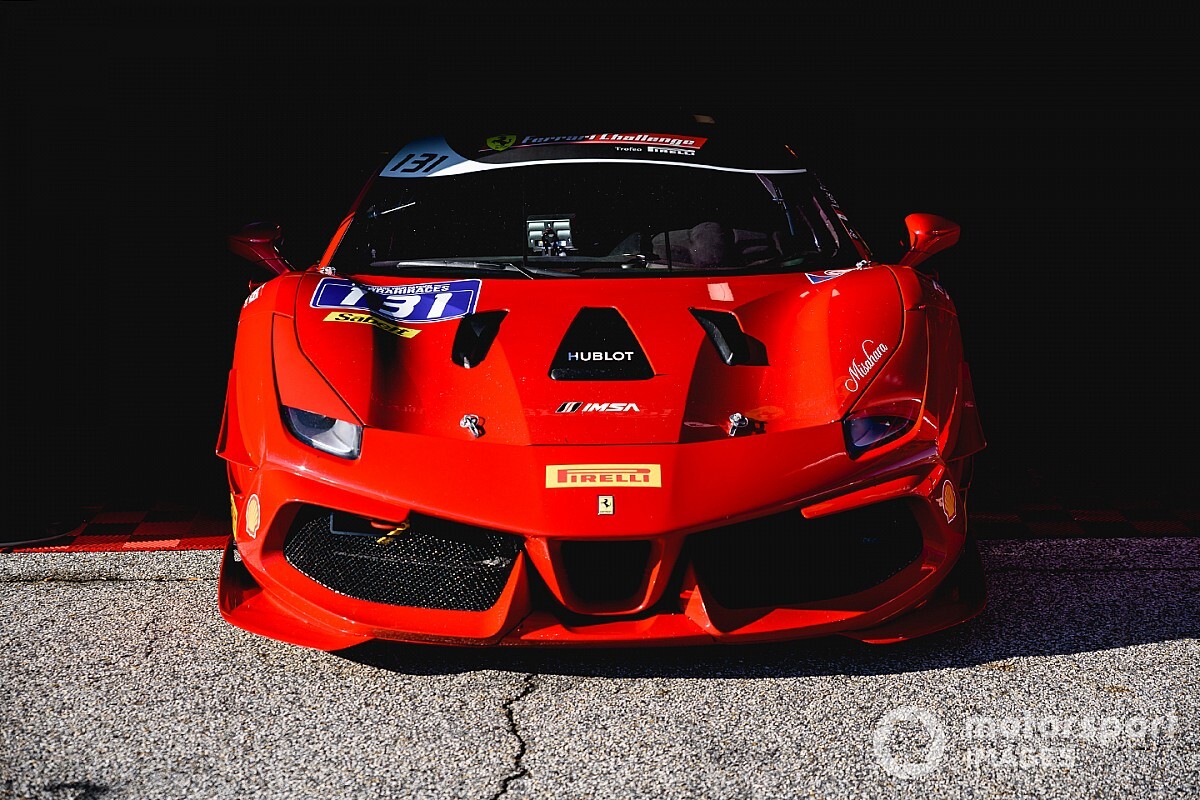 A look at the championship fights within Ferrari Challenge North America as the series returns to action after a four-month hiatus.

Having completed two rounds already, the championship fights within the Ferrari Challenge North America series were already starting to gain definition before the extended hiatus.  Now that the series has returned to the circuit, lets take a look at the key battles in each category.

Cooper MacNeil (Scuderia Corsa – Ferrari of Westlake) has already developed a sizeable lead of 30 points over Joseph Rubbo (Ferrari of Long Island), who is tied with Ross Chouest (Boardwalk Ferrari) for the second place in the championship.  While it may seem as though MacNeil already has a significant advantage, schedule overlap will mean that he will miss at least one race of Ferrari Challenge competition while he contests the IMSA WeatherTech Sports Car Championship.  Nevertheless, Rubbo or Chouest will need a good performance at Indianapolis to stay in range.

Dave Musial (Ferrari of Lake Forest) and John Megrue (Ferrari of Long Island) are tied at the top of the Trofeo Pirelli AM standings with 44 points apiece.  That gap, however, is about to change as John Megrue is not on the current entry list, having just participated in the Ferrari 488 GT3 car at VIR.  That leaves a clear lane for Dave Musial to claim the top spot all for himself and establish a significant lead in the championship.  Third place in the standings currently goes to Jean-Claude Saada (Boardwalk Ferrari), who is just six points back on the leading duo, and will almost certainly also pass Megrue during the weekend.

Current class championship leader, Jason McCarthy (Wide World Ferrari), as made the leap to the Trofeo Pirelli AM category, leaving Osvaldo Gaio (Miller Motorcars), Jay Schreibman (Cauley Ferrari) and Jim Booth (Ferrari of Atlanta) to fight it out in the Coppa Shell category.  Gaio will also miss this round, meaning it will be largely a straight fight between Schreibman and Booth to take the opportunity to surpass the absent Gaio.  This also means that last year’s Coppa Shell AM Championship winner, Brad Horstmann (Foreign Cars Italia) will also have an opportunity to re-enter the fray, having fallen 16 points behind Gaio, but only six points behind Schreibman.

The Coppa Shell AM field is also forecast to be the largest class of competition at Indianapolis with 21 cars taking part.  Thus far it has been a nearly perfect season for Justin Wetherill (Ferrari of Central Florida) who leads the class with 50 points compared to 28 for his nearest competitor, Michael Quattelbaum (Ferrari of Houston).  Justin, however, endured some drama in race 2 at Road Atlanta, allowing Michael to seize his first win in Ferrari Challenge competition and vaulting him ahead of a very tight pack of competitors.  Five drivers are within three points of second place in the standings, so this will certainly be the class to watch as drivers vie to separate themselves from the chasing pack.