Wolff: Vettel will help take Aston Martin to the next level 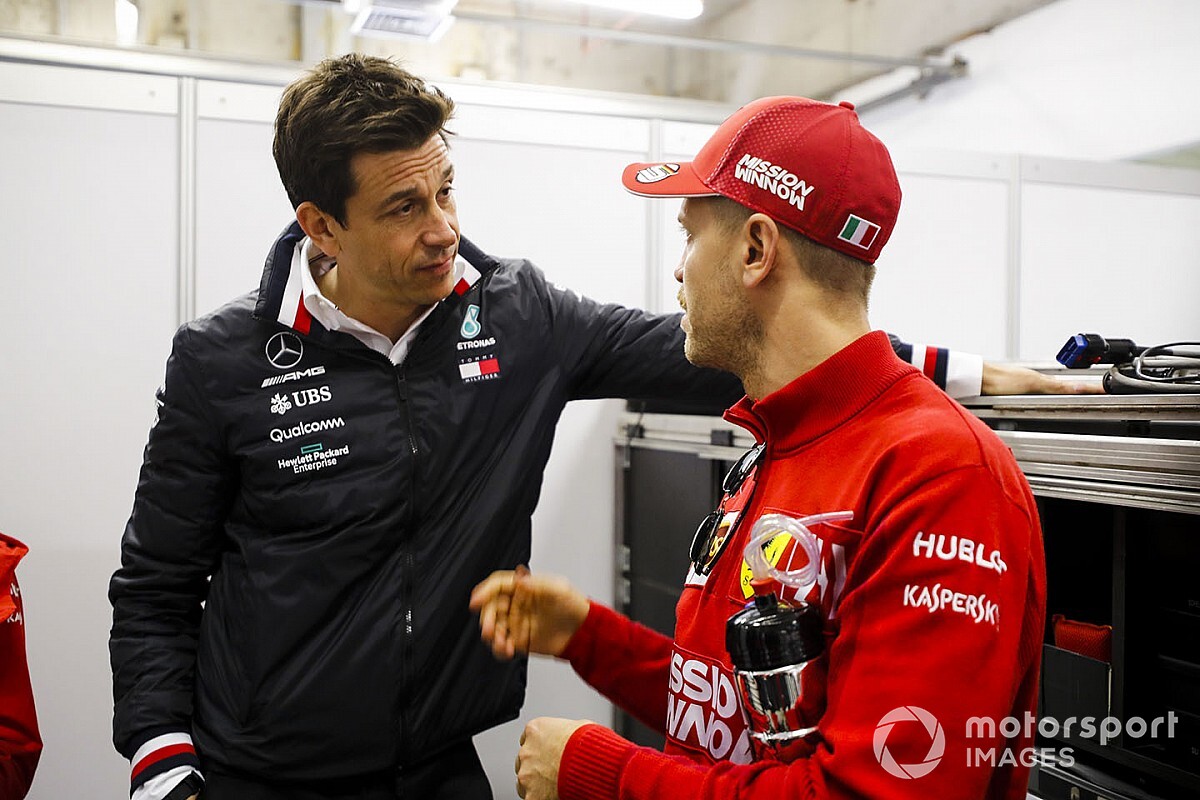 Mercedes Formula 1 boss Toto Wolff says that Sebastian Vettel’s knowledge will help to raise the level of the Aston Martin team in 2021.

On Thursday, Racing Point confirmed that Vettel will join the team when it is rebranded next season, following weeks of speculation about the German’s future since Ferrari announced that he would not be retained at Maranello.

Wolff is a close confidante of Racing Point owner Lawrence Stroll, as well as engine and gearbox supplier to the Silverstone-based outfit in his role as Mercedes team principal. He also has a stake in Aston Martin.

“From the other perspective he’s going to bring a tremendous amount of knowledge to Aston Martin, with Lance [Stroll], who is really improving, and is on a super level now.

“The knowledge that Sebastian is bringing, everybody progresses on a high tide, and I think that’s going to be his contribution.”

Ferrari team principal Mattia Binotto said he was pleased to see that Vettel has found a seat for 2021, and suggested that by making an early call on hiring Carlos Sainz the Italian team helped to give its departing driver a better chance of landing a new job.

“I think it is not a surprise,” said the Italian. “We are very happy for that conclusion. I think the fact that we told him very early in the season our decision for next year was really to give him all the chances to find a seat for 2021, so finally very happy for him as a person.

“As a driver, I think it’s great for F1 that Seb’s still part of the line-ups next year because he’s still a four-times world champion and I think he’s a fantastic driver.

"Will he do well in Aston Martin or Racing Point or whatever it is? I think yes, I hope he’s doing well, certainly. I think we can challenge him next year and hopefully we’ll be simply ahead.”