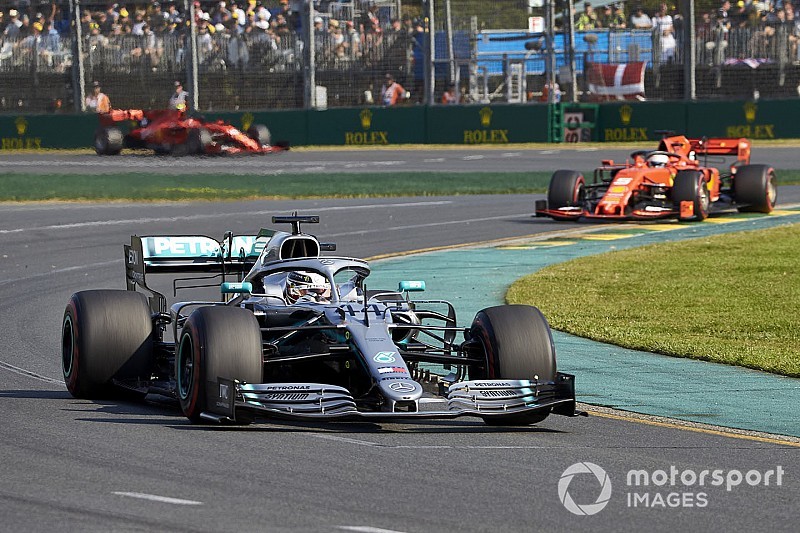 Mercedes boss Toto Wolff think Ferrari's struggles in the Australian Grand Prix owed more to it taking a "wrong junction" on set-up rather than its car being inherently slow.

Ferrari had gone into the Formula 1 season opener as clear favourites after a strong run in pre-season testing.

But Mercedes turned the tables on the Italian outfit, and neither Sebastian Vettel nor Charles Leclerc finished on the podium.

While Wolff was delighted with how his team had bounced back from a low-key testing programme, he thinks that Ferrari's struggles may have been a one-off caused by it not getting its car in to the right operating window.

"For sure Ferrari didn't meet their expectations," he said. "But I think it's tricky to find the sweet spot of these new cars.

"In a race weekend where you basically have two days to find the right set-up, I think they took a wrong junction. I don't think there is a big performance problem.

"Yes, I am surprised to not see them on the podium because they were really strong in Barcelona.

"But Bahrain is a completely different ball game, with a very rough surface, and very hot, and I think we could see quite some variances in terms of the performance level of the teams."

Wolff admits that Mercedes never expected to be so strong in Australia, but thinks the margin of advantage was flattered by circumstance.

"And probably the truth [of performance] is somewhere in the middle. They took a wrong junction on set-up and we got things right."

The meeting that could define F1's future