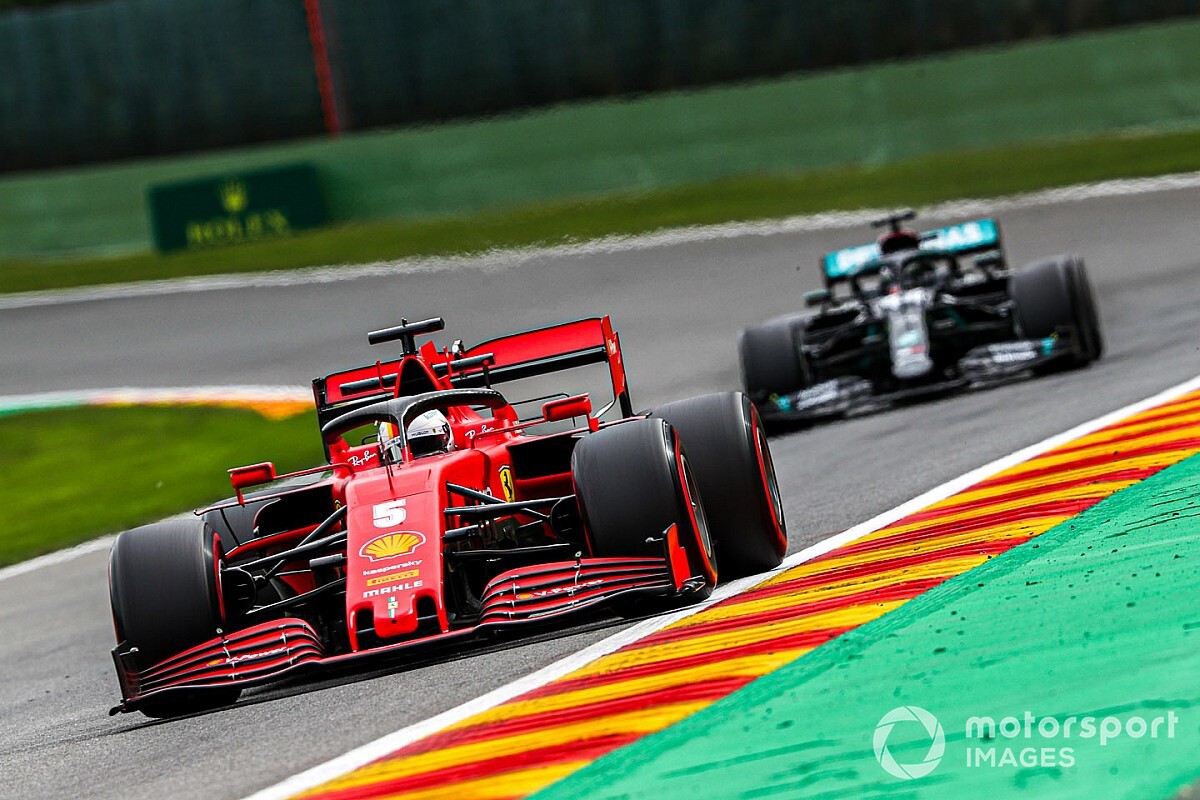 Toto Wolff believes Ferrari’s current struggles are “not good for Formula 1”, but believes it must question decisions made by “certain members” of the team.

Ferrari slumped to its worst qualifying performance of the season in Belgium on Saturday as Charles Leclerc and Sebastian Vettel finished 13th and 14th respectively.

It left Ferrari as the seventh-fastest team in qualifying, continuing its disappointing start to the season after a huge drop in performance over the winter.

Ferrari managed to lock out the front row of the grid at Spa last year, and went on to beat Mercedes driver Lewis Hamilton to victory with Leclerc.

Giving his thoughts on Ferrari’s current struggles and if he missed the competition with the team, Mercedes F1 chief Wolff called Ferrari "an iconic brand” and said that it “should be racing at the very front.”

But Wolff said that Ferrari had to “question the priorities that have been set in recent times, and where the lack of performance comes from.”

Wolff added: “Nobody, from the fans and the Ferrari people, deserves such a result.”

Asked to clarify what he meant by Ferrari’s priorities, Wolff corrected his comment relating to the whole team, instead saying that decisions taken by individual members had to be questioned.

“Actually it’s wrong to say Ferrari’s priorities, because that drags Ferrari and everybody at Ferrari into this,” Wolff said.

“It’s maybe the decisions that have been made within the team, from certain members of the team.”

Ferrari has suffered a huge drop in straight-line speed and power unit performance between 2019 and 2020, something also encountered by the other Ferrari-powered teams.

It came following a private settlement between Ferrari and the FIA following an investigation of its power unit after concerns were raised regarding its legality.

Ferrari team principal Mattia Binotto acknowledged last month that the subsequent clampdown by the FIA on power units had cost it performance this year.

Wolff noted earlier this year how Mercedes had pushed itself to “burnout” in trying to match Ferrari’s power unit performance last year, resulting in a “substantial jump” in its own power levels over the winter.