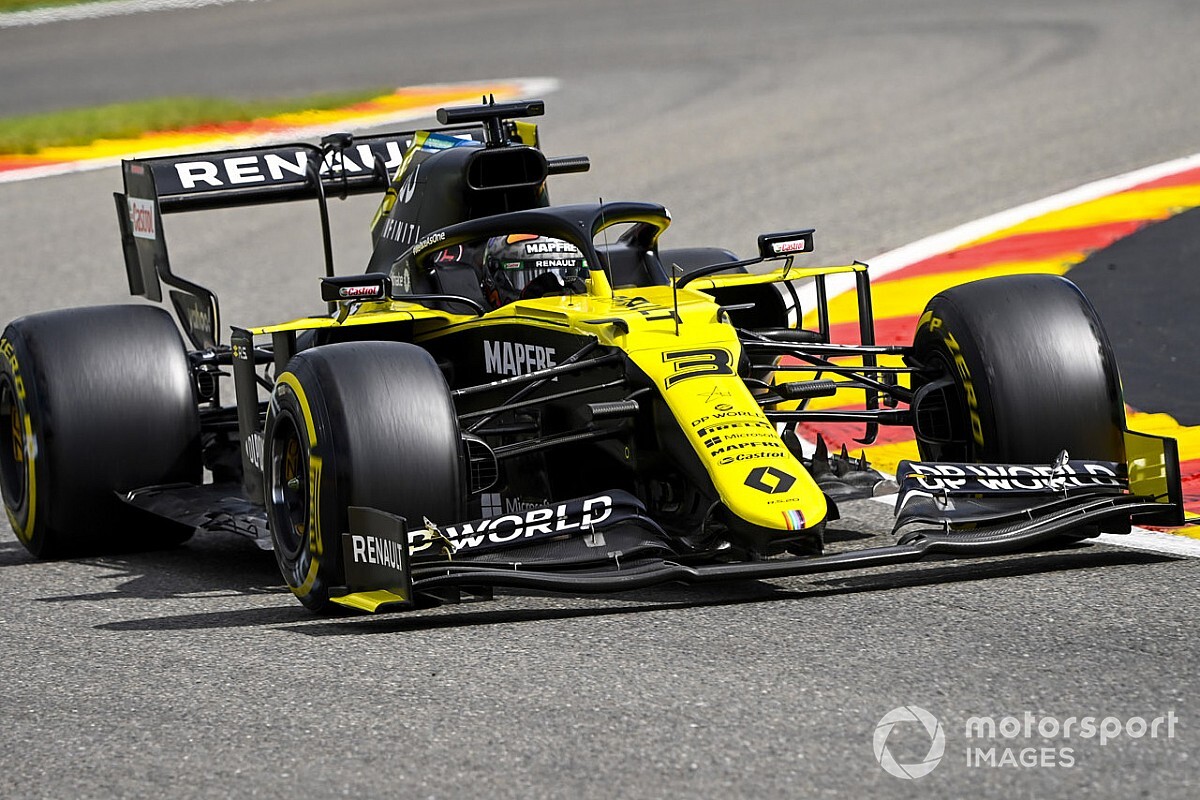 Mercedes says it needs to keep a particular eye out for Renault’s Daniel Ricciardo in the Belgian Grand Prix, with his low-downforce configuration making him a threat on the straights.

With Ricciardo’s Renault car coming alive in the low drag trim needed for Spa-Francorchamps, he helped the French car manufacturer deliver its best qualifying result since it returned to Formula 1 as a works team.

Lining up fourth, just two places ahead of teammate Esteban Ocon, Ricciardo is well in the hunt for a podium finish if any of the cars ahead of him stumble.

Mercedes boss Toto Wolff says Ricciardo is a potential thorn in the side of the normal front runners because of the Renault’s performance characteristics.

That could make him very strong on the long run up to Les Combes and allow him to leapfrog the cars ahead of him.

“The real interesting car is Ricciardo, who runs a low downforce configuration, who has been by far the quickest on the straight,” said Wolff.

“I believe we could have a situation like we had some years ago with Force India, that a couple of cars will try to make it into Turn 1. That will be interesting how it plays out with strategy.”

Ricciardo thinks for now, however, Mercedes and Red Bull are quicker over a race distance, but that’s not going to stop him trying to do something.

“Obviously Max and the two Mercedes have been, for the most part, in a league of their own on Sundays this year,” he said. “So I think it will take something extra, obviously to hang with them for the whole duration.

“But we do have strong first and third sector. So if we could get ahead, you know, maybe it is a track we could defend.

But beyond the positivity that the result brings Renault, for Ricciardo the Belgian GP opportunity has reignited the sharpness that comes from being at the right end of the grid.

“The truth is I will always set targets for myself, and whether I'm starting fourth or 14th I'll always come into a race with a certain level of positivity and confidence,” he said.

“But absolutely, you know, seeing the pole sitter in arm's reach is much more exciting and it's also you know, where I believe I can and should be. So yeah, there's more to fight for.

“Obviously, points as well are important. The deeper you get up the front, the more points you can take away from the weekend. So it's all of it.

“But fourth, you know. I will get a diagonal view of the pole sitter! To see that already, and to know I'm right there, and as I said in arm's reach, if I had any problems getting out of bed then yeah, qualifying up the front certainly helps that.

“And you are normally on TV more, so that's cool.”

Sainz: McLaren could be in "trouble" if it rains at Spa