Hamilton lost his pole position from Friday’s qualifying at the Brazilian Grand Prix after his DRS to discovered to have a slot gap between the wing elements that was 0.2mm wider on one side of the car than the rules allow.

Mercedes has been unable to launch a detailed investigation in to what caused the problem, but believes some damage, potentially just a loose screw, triggered the issue.

Wolff is clear that, in the past, teams have been allowed to make repairs to broken car components in parc ferme conditions if problems surface that could trigger an inadvertent rules breach.

But he says that for some reason, the refusal of the FIA’s technical department to allow Mercedes to address the DRS damage post-session, and instead report the matter straight to the stewards, has resulted in a new protocol.

“I don't want to pick out any individuals, because everybody tries to do the best possible job in their role, but something went against the modus operandi in these last 24 hours,” said Wolff about the series of events that triggered Hamilton’s exclusion.

“It was either under pressure from other stakeholders, or just different, and if the modus operandi is different now, you maybe need to look at others also with a more strict eye and severe eye.

“I can tell you that, in the next few races, we're going to look at every single race part and race tape that's going to fall off a car and ask questions.” 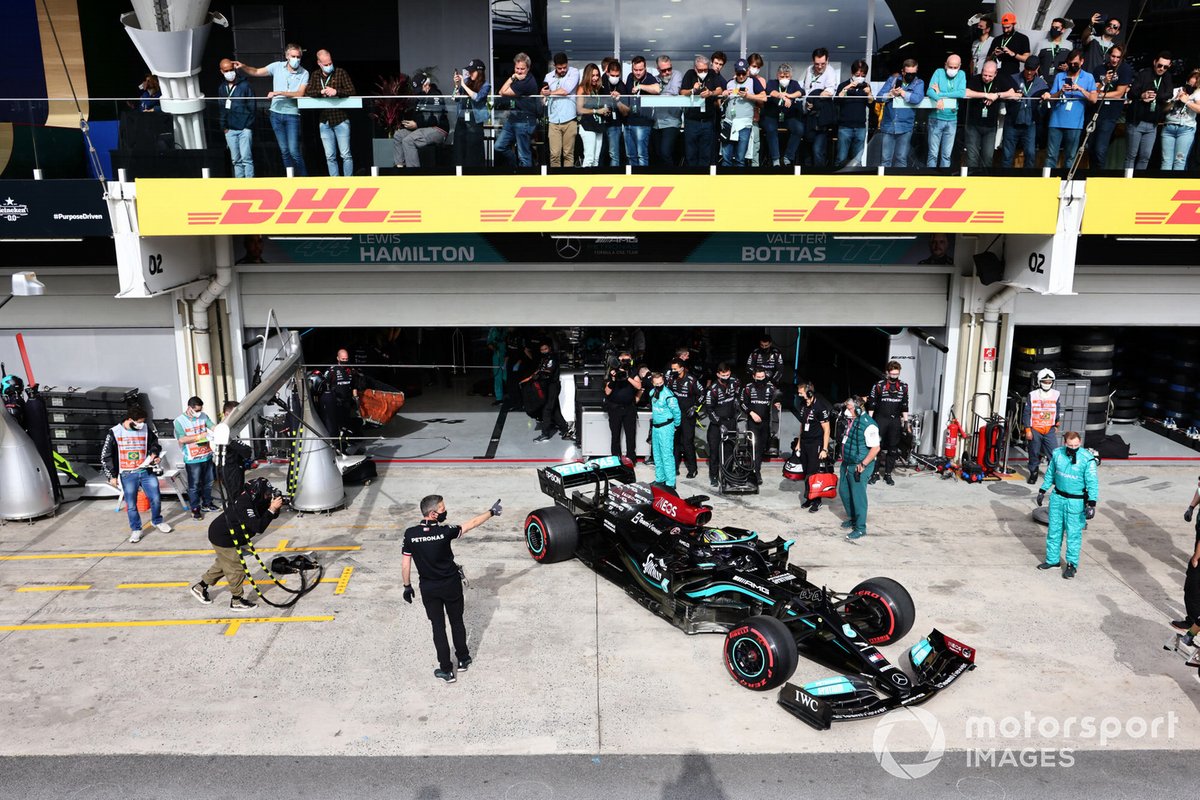 Wolff is clear that the previous way of operating in F1, where broken aero components, bargeboards or floor bibs that could have triggered deflection test failures were taken into account, should no longer be accepted based on the Hamilton case.

“I think in a way there was a gentleman's agreement, if such a thing as a gentlemen's agreement exists in F1 because there ain't no gentlemen, but it doesn’t exist any more.

“You can have no millimetre of leniency of fixing things on a car. If it's broken, it's broken, you can't touch it. And this is how it's going to go this year.”

Wolff says the situation with the Mercedes rear wing especially annoys him because in the previous race in Mexico, Red Bull was allowed to make repairs to its rear wing when it discovered problems with them.

“You know, we've seen it with the Red Bull last weekend,” said Wolff. “We have had many bargeboards, or bib failures, that were being put back because the FIA has our CAD drawings, they have the wings.

“We wanted to leave the [Hamilton] wing with them so they can cut it in to 1000 pieces. We weren't allowed to look at the wing because it was simply damaged through the qualifying session and none of these arguments counted.”

He added: “ In the past, sometimes there was a common sense buffer that didn't exist yesterday or today. But it's all to the dot within the regulation. So you need to respect that.”

Perez: ‘Not much risk worth taking’ in F1 sprint races