Toto Wolff believes that Valtteri Bottas has suffered a “mental setback” as Mercedes has inevitably focussed its efforts on winning the Formula 1 world championship with Lewis Hamilton.

After showing well in Sochi, where he had to hand victory to his teammate, Bottas struggled to match Hamilton’s pace in Suzuka.

“I think we have to remind ourselves that for a race driver who is channelling all his efforts into winning races and the championship,” Wolff said of Bottas' Japanese Grand Prix when asked by Motorsport.com.

“If you take that ability away from him, it will automatically cause a little bit of a mental setback. He says he hasn’t got that, but I believe that will play a little part of it.

“He’s a tremendous team player and we cannot re-emphasize that enough. To give you an example, after Sochi in the evening we had a discussion.

"He said, ‘I completely understand why you did it and where the team's coming from. If I were in your shoes, I would do exactly the same. I need to outperform Lewis in the beginning of the season, and score more victories, and put myself in a position to fight for the championship. So, don't worry about me.’

“And today he struggled in traffic, many drivers referred to being in traffic as difficult and he was certainly one that suffered from that a bit.”

Wolff remains convinced that the Finn will bounce back and will have every chance to fight for the title himself.

“He will have learned and improved and see himself as a strong challenger for the championship and it’s exactly what we want. So that will come.”

Bottas said that securing at least one victory within this season would make a big difference.

“Personally, for sure, it is important,” he said when asked by Motorsport.com. “At the last race [in Russia] I felt like I performed like a winner, but having not won...

"It is something in the end, because if your teammate wins however many races in the season, and you win zero, it’s not ideal. We have four races left, four opportunities. We’ll see.”

Regarding his Suzuka weekend, he said: “I’m always still racing for the team. We are here to win the championship. It’s not like we’re cruising around there.

"Lewis needs to win the championship. I can’t win, so I’m willing to help.

“I’d rather have my teammate winning the title than anyone else. Also for us as a team, I want to get maximum points. We could not have done better today.” 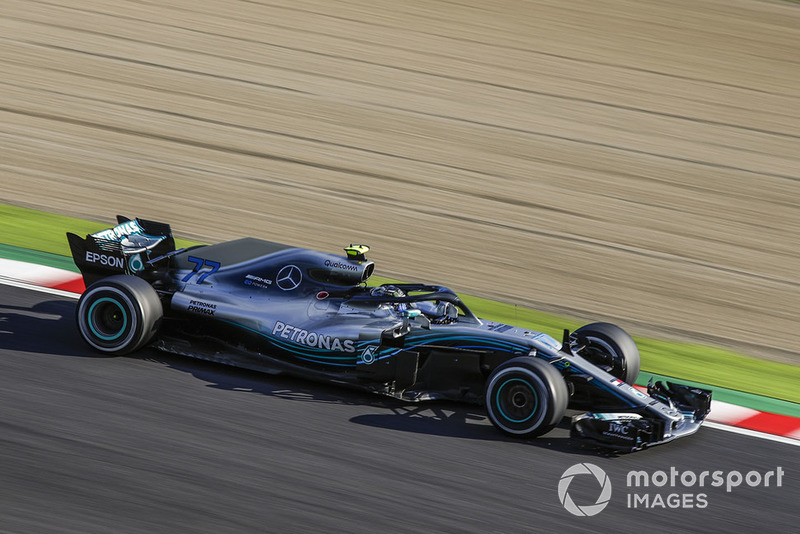 Vettel: Ferrari made it "too easy" for Mercedes