The Williams Formula 1 team reckons George Russell's Dutch Grand Prix qualifying crash was not a result of the car being sensitive to wind gusts at Zandvoort's "sheltered' Turn 13.

Q2 was ended prematurely as a result of two red flag interruptions, caused by Williams drivers Russell and teammate Nicholas Latifi shunting into the barriers.

Russell, running in 11th, caused the first stoppage when he suffered a spike of oversteer on the entry to the final corner. As he caught the slide, he spun into the gravel and lightly kissed the outside Tecpro barrier.

Speculation ran that the spin was triggered by the Williams FW43B's sensitivity to changes in wind, but that was dismissed by the team's head of vehicle performance Dave Robson.

Asked by Motorsport.com to explain the cause of Russell's off, he said: "Turn 13, the last sort of proper corner on the track is actually fairly sheltered. The wind doesn't have a big effect.

"To be honest, George was just going for it all out to try and get into Q3. I think he just pushed it a little bit too hard."

Russell confirmed that his car has sustained minor rear suspension damage but that the gearbox was intact.

However, Robson could not confirm the condition of the gearbox on Latifi's car, following the Canadian's later Q2 shunt that triggered a session-ending red flag. 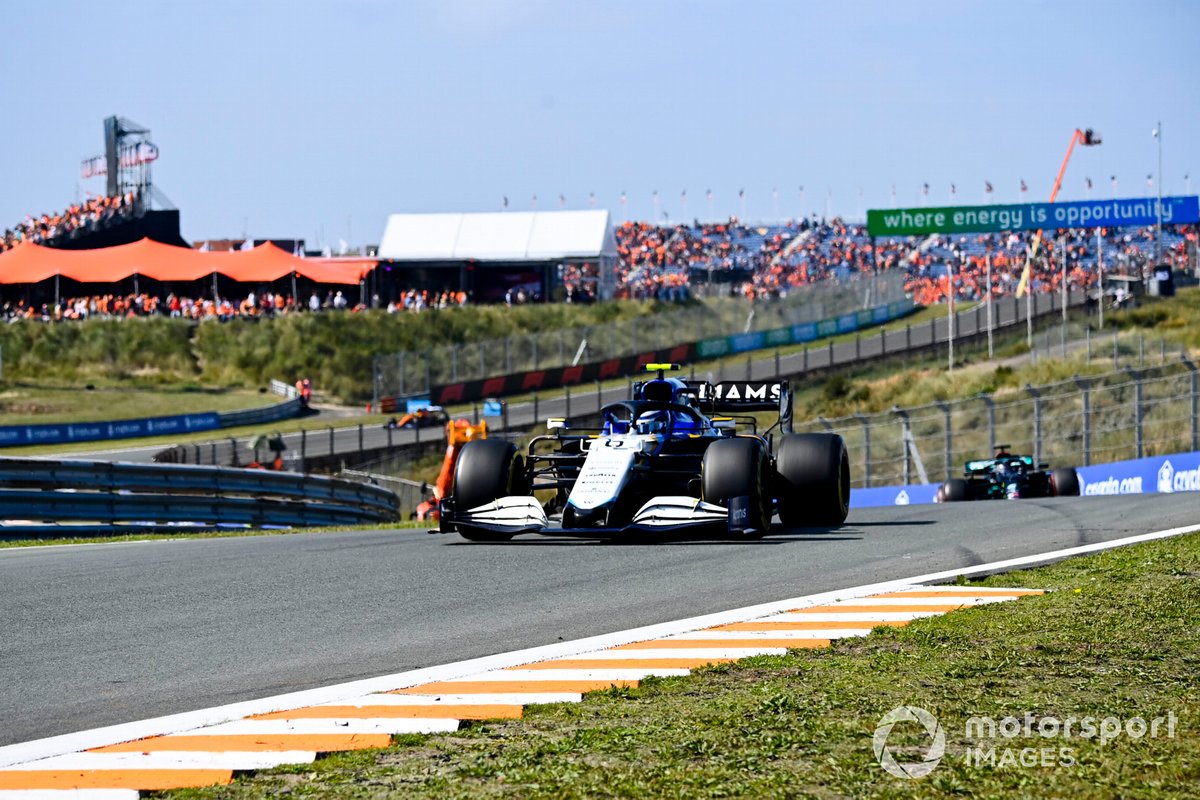 The driver appeared to drop the front-left wheel onto the grass as he entered into Turn 8, having just passed a slowing Lewis Hamilton, and then span across the gravel before a heavy impact with the barrier.

Diagnosing the extent of the damage on Latifi's car, Robson said: "[It] is fairly extensive. There's definitely going to quite a lot of replacement parts on there.

"We'll just take a look at the gearbox and decide hopefully in the next half an hour or so. [There's] quite a lot of aero damage: front wing, rear wing, floor all damaged.

"Rear suspension both sides damaged. I think all that can be replaced with just different versions of the same components.

"All of that would be penalty free. It just comes down to the gearbox. The power unit is all looking fine."

As a result of Latifi's shunt, although Russell could not rejoin the interrupted session, he held onto 11th while Latifi qualified 14th.

Robson added: "It is unfortunate that neither car was able to set a representative lap time in Q2 as we were building up good momentum, which started in FP3.

"The car was better today than it had been yesterday, and we chose run plans in qualifying that allowed the drivers to maximise the tyre preparation."