Williams says nothing has changed in George Russell’s approach to Formula 1 despite the speculation about his future in the championship at this weekend’s Portuguese Grand Prix. 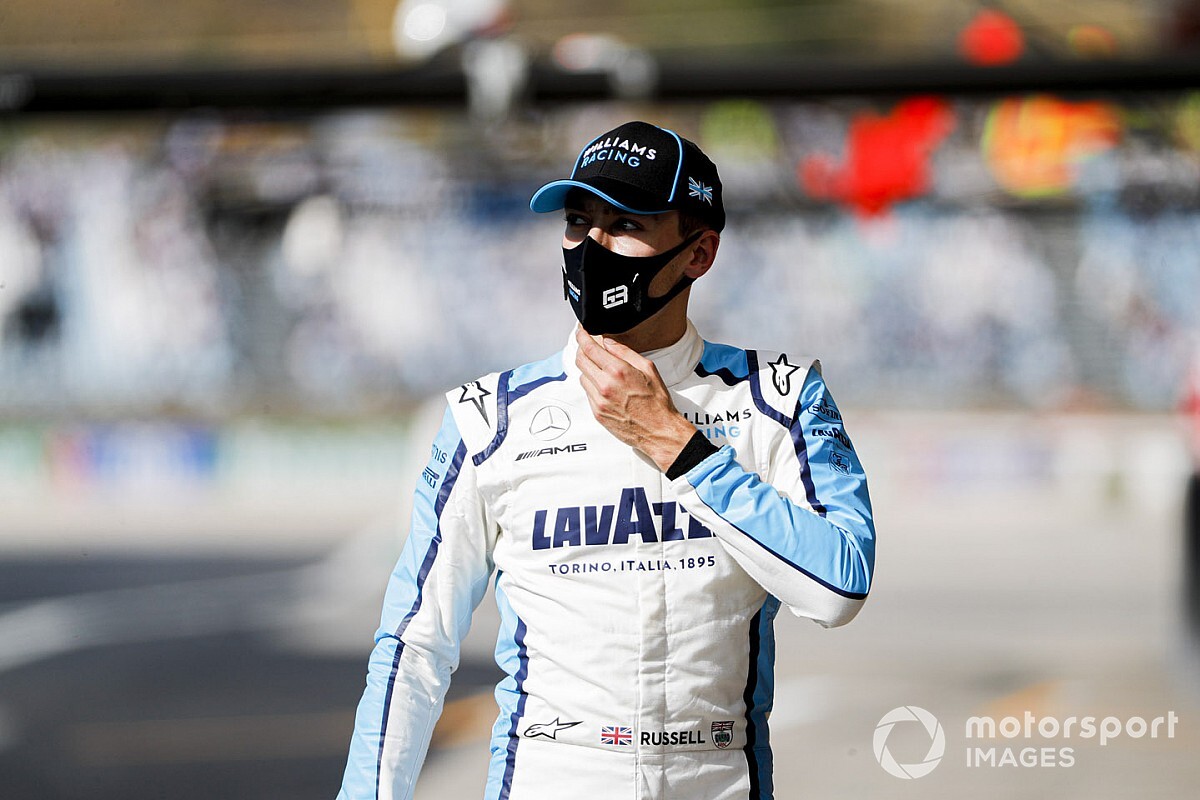 Russell has been the subject of rumours regarding his place at Williams in 2021, with suggestions he could be replaced by Sergio Perez – despite the team announcing in July, before it was taken over by Dorilton Capital, that he and teammate Nicholas Latifi would carry on for next year.

The Mercedes-backed driver finished 14th in qualifying at Portimao on Saturday, a day after Mercedes boss Toto Wolff said his future at Williams was entirely for the British team to decide.

Williams’ acting team principal, Simon Roberts, had refused to confirm the team’s driver line-up for 2021 – beyond saying "nothing has changed" since the July announcement.

When asked how Russell was handling the situation by Motorsport.com, Dave Robson, Williams’ head of vehicle performance, replied: “Nothing's changed in terms of his approach and his attitude.

Russell is yet to be beaten in qualifying by a teammate, 32 races [33 qualifying sessions] into his F1 career, with his Q2 appearance in Portugal making it seven times he has advanced from the first part of qualifying in 2020.

Robson suggested that the disrupted practice sessions at this weekend’s event gave Russell a chance to shine again as it is “another opportunity for the real talent to come to the top”.

He added: “That's just what really good drivers do when they're put in that position. I mean, he does have a great talent of pulling out that lap on a Saturday afternoon.

“But I think, particularly this weekend, he probably had the better of it yesterday, with the test [front floor and bargeboard] parts that were on Niki's car - that we went back on [with a chassis change for Latifi overnight from Friday].

“But I think George does have a very strong inherent ability to kind of just build that momentum through the weekend.

"I mean I guess you could ask the same question about Lewis [Hamilton] and beating Valtteri [Bottas] this afternoon, which is probably a bit of a kick in the teeth for Valtteri, I'd have thought, after the three practice sessions [that Bottas had topped].

“But I think it's just a natural talent - being able to build that momentum and really pull it out when it counts.”

Williams has tended to struggle more in races compared to qualifying so far in 2020, and has been trying to understand why – with “not with a huge amount of success’, according to Robson.

“We've tried quite hard, tried numerous things to rebalance the Saturday-to-Sunday pace,” he said. Not with a huge amount of success, sadly, I don't think.

“Again, we'll see how it goes because we have made some compromises - [what] we thought were compromises that would help [in the race].

“But I mean, it might be that George is actually particularly good at outperforming the car over one lap and has still got some learning to do and some experience to gain on how to exploit that on these tyres over longer runs.

“Truth is, I don't know. We're continuing to investigate.”