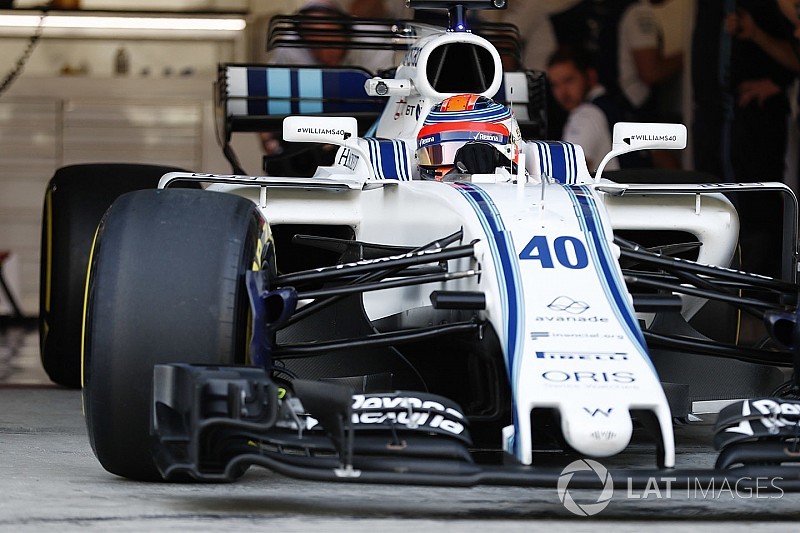 The Williams team says it will not discuss Robert Kubica's speed following his two days of Formula 1 testing in Abu Dhabi.

Kubica, who is regarded as favourite to land the second Williams drive alongside Lance Stroll next year, finished the second day of running in seventh position, two seconds off Sebastian Vettel's pace.

The Pole was four tenths quicker than Sergey Sirotkin, who also drove the Williams during the day, although the Russian set his fastest time with the soft tyres while Kubica used the new hypersofts.

Williams' tech chief Paddy Lowe said, however, that the laptimes offered a misleading picture, and refused to discuss Kubica's pace.

"I'm not gonna talk about speed," said Lowe at the end of the second day of testing. "It's a complicated topic.

"I'm sure you want me to give some answers about that but it's not something we are going to discuss.

"It's a really complicated topic, performance and speed, so to read a timesheet is quite misleading, so I'm not gonna talk about that. We haven't even analysed it for ourselves," he added.

Lowe reiterated that Kubica's runs had been without issue from the physical side.

"Robert drove the 2014 car at Silverstone and Hungary, so we have lots of good information and Robert did a fantastic job," Lowe said.

"He's a very, very professional guy, very knowledgeable, very experienced, and that was a great benefit during these evaluations.

"We wanted to see Robert as he hasn't driven a current car, or current tyres, so of course it was interesting to see how he got on with that.

Lowe insisted the team was in no hurry to make a decision about its 2018 line-up, and suggested the fight for the remaining seat was not just between the drivers it tested in Abu Dhabi.

"We'll take the decision at the time we are ready. When we have all the information and we are ready to declare it.

"The drivers we brought to this test doesn't mean that it's the drivers under consideration for racing next year.

"This was a tyre test, which is an opportunity to look at two different drivers as well as for Lance to look at the new tyres. That was the purpose.

"Of course it gives us more information about drivers, but it's not setting a definition from the pool from which we will pick race drivers."

Abu Dhabi F1 test report: Ferrari leads the way as Kubica gets in the groove with Williams