Williams insists team not up for sale despite Mazepin rumours

The Williams Formula 1 team is not up for sale, deputy team principal Claire Williams has insisted.

Last week it was reported that the Williams team was the subject of interest from Dmitry Mazepin, father of Formula 2 racer Nikita, and that discussions had taken place recently regarding investment and a possible shareholding.

But deputy team principal Williams insists this is not the case and has denied engaging in any conversation with Mazepin this year.

Asked by Motorsport.com to address the rumour and clarify if the team was seeking investment on that scale, Williams said: "I saw those stories, I paid little attention to them.

"I haven't met Mr Mazepin to talk about that. We had a brief conversation in the mid part of last year but subsequent to that there have been no conversations.

"I'd just like to be really categoric about it: Williams is not for sale, I have no intention of putting Williams up for sale. I don't see why we would."

The future of the Williams F1 team has been under scrutiny for some time, long before Paddy Lowe's protracted exit as chief technical officer and question marks over the leadership of the team.

Williams was previously receiving investment from Lawrence Stroll, the father of the team's 2017-18 driver Lance.

The Strolls have since switched to the Racing Point team, where Lawrence is one of the main investors.

At the same time, Williams has not continued with its paying 2018 driver Sergey Sirotkin, and lost title sponsor Martini.

These factors, combined with its lack of competitiveness and the impact that has in prize fund money, have raised question marks over the financial health of the team.

"In times like this that the team is going through at the moment, this rumour always come up," Williams added. "But with my business head on, when your team isn't doing well selling at this juncture wouldn't be the right time to do.

"We'd only investigate that opportunity if we were doing well. That's the right time to sell. Williams is in this sport and has been for more than four decades and we've never wanted to sell.

"This is what we do, we don't have anything else to do. So it's not on the market, I don't want to sell it to anybody, I want to go out and prove that we can do what we are in the sport to do, and that's to get back on the podium and win races again.

"That may take us a long time, but it took Frank more than 10 years to do it when he first started in this sport, and I'm sure that we'll have a lot more stuff thrown at us.

"But you don't give up when times get tough. It's a test of your character to continue and prove to everybody that you can do it." 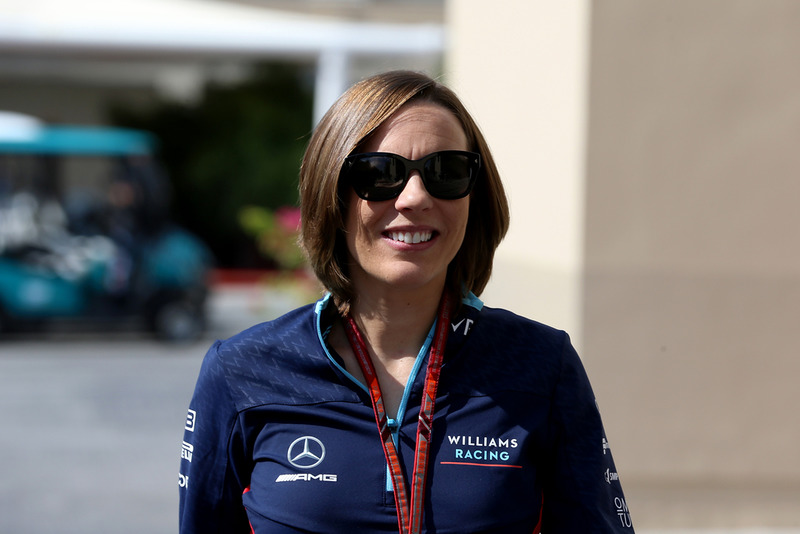