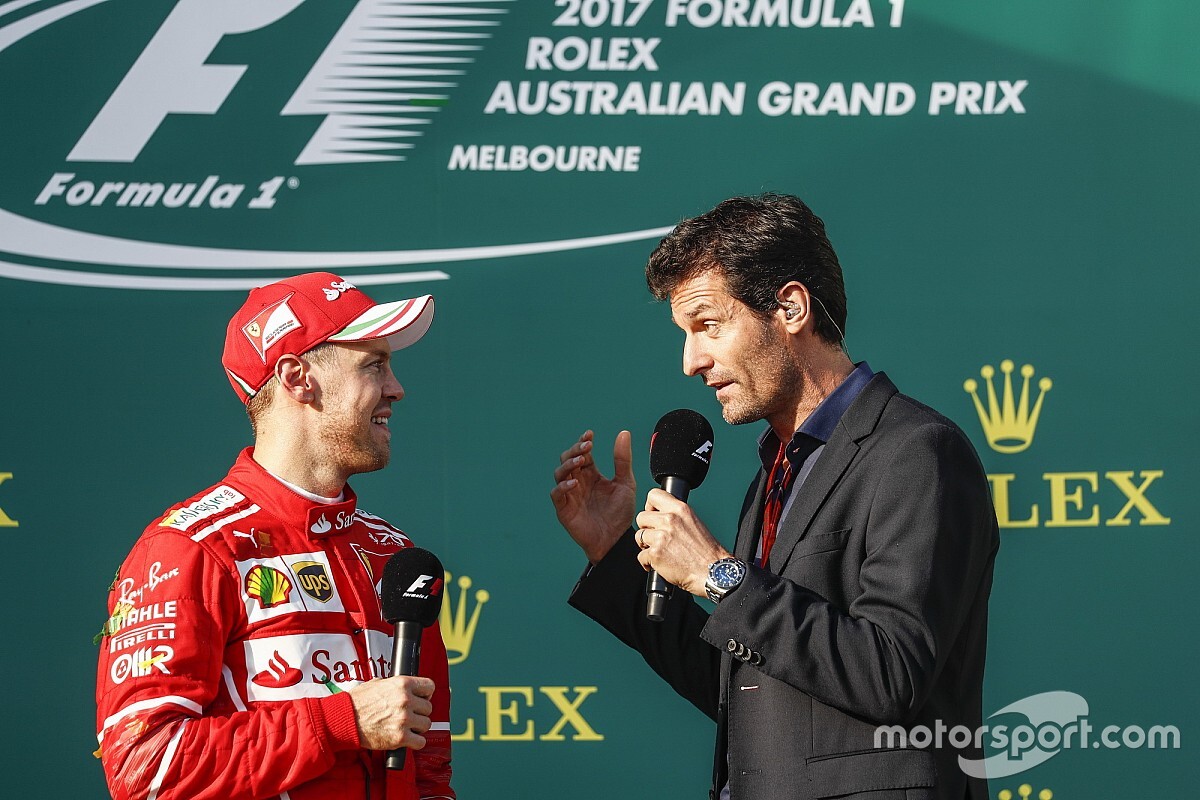 Mark Webber believes former Red Bull teammate Sebastian Vettel will take a year out of Formula 1 in 2021 following his exit from Ferrari.

Ferrari announced last month that four-time world champion Vettel would be leaving the team at the end of the season, bringing to an end a six-season spell at Maranello.

It has left Vettel’s future in F1 looking uncertain. A move to Mercedes looks unlikely, while other vacant seats would require him to drop into the midfield.

Webber was Vettel’s teammate at Red Bull for each of the German’s four championship wins between 2010 and 2013, before retiring at the end of the 2013 season.

Asked what he believed Vettel would do in 2021, Webber predicted his former rival would take a sabbatical.

“I think he’ll have a year off,” Webber said on the F1 Nation podcast.

“I hope for all of us he can rejuvenate himself and get back into the spirit of wanting to be competing at the front again in Formula 1.

“Ultimately for me, it just got a bit harder. In your late-30s, that tenth just takes a bit longer to get a bit more confident in certain positions and certain scenarios. It just gets that little bit more difficult.

“I wanted to be mindful of if you are starting to look at your clock, the motivation is starting to go off in briefings or whatever, you can’t then demand that from the people around you to go the extra mile for you.

“You can when you’re hungry, motivated, disciplined, you are one team and you’ve got a goal. If you are 9.5 out of 10, you can’t have the same mission with your employees.”

Vettel joined Ferrari in 2015 aiming to become the team’s first world champion since Kimi Raikkonen in 2007, only to finish as runner-up in 2017 and 2018 to Mercedes’ Lewis Hamilton.

A difficult season for Vettel in 2019 saw young teammate Charles Leclerc beat him in the drivers’ standings, marking a shift in power at Maranello.

Webber said he did not think Ferrari had been as united with Vettel as with some of its previous champions, leading to his exit from the team.

“Knowing how he works, which is 110%, he puts a lot of time and effort into it and he expects the same clearly,” Webber said.

“Michael [Schumacher] got in there, you had Rory Byrne, Ross Brawn, Jean Todt, a very good mixture of culture when Michael was dominating. I’m not nailing the Italians, but I’m just saying when they are all one army, they still haven’t delivered.

“And then Charles comes in, clearly massively quick, full of energy, appetite, naivety. Naivety is a great thing, you just come in and go for it, because you don’t know anything else. Sebastian has been there, toiling, getting things going.

“He’s clearly not getting out of bed now motivated to drive a red car, and that’s an issue.”