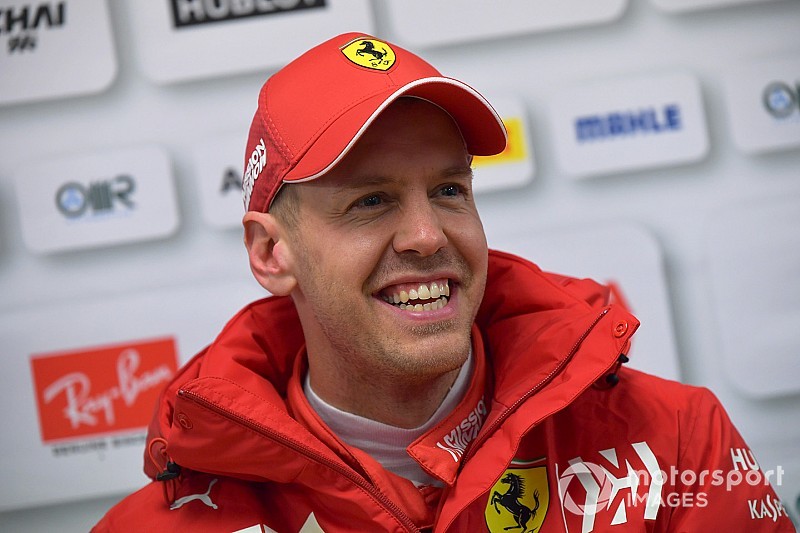 Sebastian Vettel has lauded his Ferrari Formula 1 team for an "unbelievable" first day of pre-season testing that he said was "very close to perfection".

Vettel topped the opening day of the first Barcelona test by four tenths of a second and also completed more laps (169) than any other driver.

He declared himself "very happy" on Monday evening and said Ferrari's new car is "doing what I want".

Asked by Motorsport.com if he could have hoped for a first day like that, the four-time world champion replied: "Honestly no.

"It was unbelievable, I think the car was working really well. We had no issues slowing us down, we actually completed the programme just the way we wanted.

"We were able to squeeze a little bit more out even."

Vettel joked that he was "still a bit rusty" as his shakedown of the SF90 on Sunday marked his first laps behind the wheel since the Abu Dhabi Grand Prix at the end of last November.

He said he intended to be "taking my time" on the first day but "I didn't need much time, the car was making it quite straightforward for me".

While Vettel is not getting carried away by topping the first of eight days of testing he hailed Ferrari for how well prepared it was.

"Obviously it's very early, the first day, and it's meaningless in a couple of weeks," he admitted.

"But for now I think huge compliments to everyone back at the factory.

"How they tackled the new rules and regulations and what they put on track today is very close to perfection in the first day of driving: the amount of laps we did, how the team was handling the car.

"Everything is more on the edge compared to last year's car, tighter and so on, what you would imagine.

[But] no major dramas, so from that point of view [the team is] very well prepared." 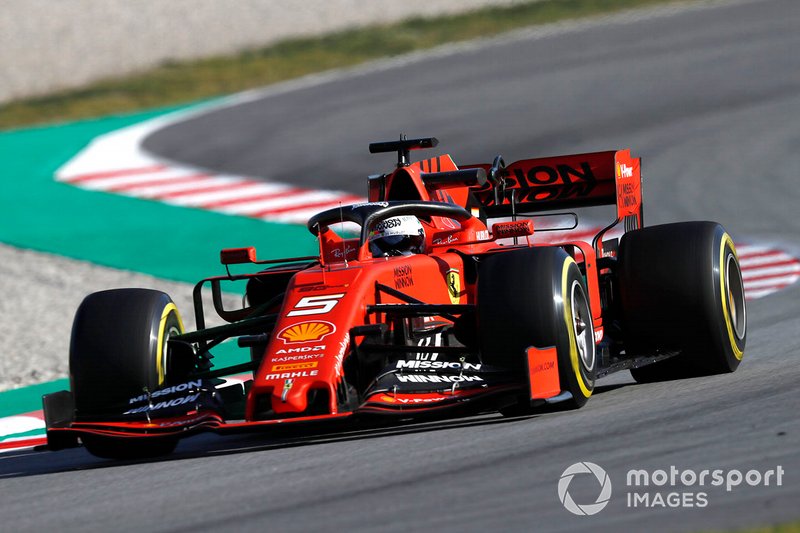