Vettel 'thinks only of winning' - Zanardi

Mar.7 (GMM) Alex Zanardi, the former F1 driver who inspired millions in the wake of his near fatal 2001 Champ Car crash, has admitted his admiration for Sebastian Vettel. 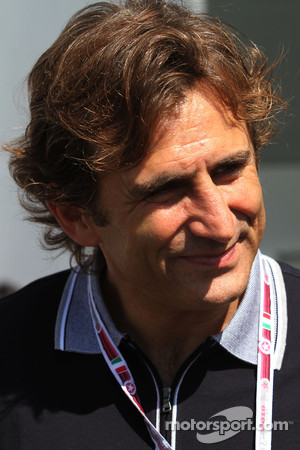 Just 25, Vettel is the sport's youngest ever triple world champion, but some give more credit to Adrian Newey, the genius designer of his Red Bull cars.

"I see Vettel as an incredible talent," 46-year-old Italian Zanardi, who despite losing both his legs went on to win Paralympic gold, is quoted by Brazil's Globo.

"To some degree, I envy him, because I would not have been as good," Zanardi said.

"After winning a world title, many guys - myself included - would have gone out with girls, buying big gold watches and drinking champagne at nightclubs.

"But this boy thinks only about winning again."

However, as far as another former driver is concerned, the best in the field at present is Fernando Alonso.

"When he needs to be, he is as aggressive as Hamilton, as gentle as Jenson, and can have the speed of Vettel on a fast lap," former Super Aguri driver Anthony Davidson said.

"You always get 100 per cent out of Alonso," he is quoted by Spain's El Confidential.

"Kimi looks awake only when he sniffs victory, like in Abu Dhabi, but when Fernando is seventh or eighth and in a bad car, nothing about him has changed.

"More than anything else," added Davidson, "I could not believe the performance he (Alonso) got out of that car at the beginning of the year, when the Red Bull was not up to par.

"I'm quite sure nobody could have done what Fernando did.