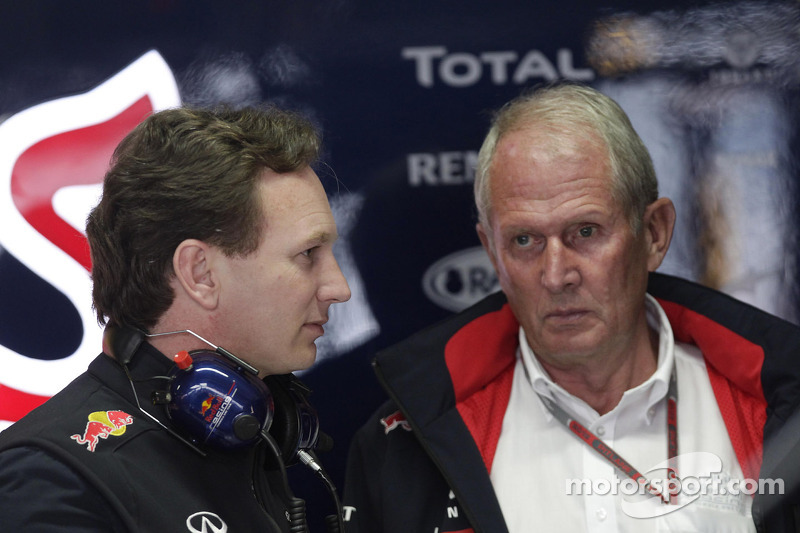 Red Bull are apparently pushing for their 2013 engine mapping to be allowed.

Mar.6 (GMM) Dr Helmut Marko has played down suggestions a clampdown on Renault's intended engine mapping solution for 2013 has hurt the performance of the new Red Bull.

It emerged recently that, following the engine mapping clampdown of 2012, engine supplier Renault and works team Red Bull assumed they could revert to different engine maps for the new season.

The story, culminating in the FIA banning Renault's 2013 maps, coincided with an apparent struggle with the RB9 last week in Barcelona, when Sebastian Vettel admitted he was having trouble setting the car up.

Marko denies it has anything to do with engine maps.

"With the old settings, the car worked beautifully last year," he said. "The topic has been exaggerated (in the media)."

"Because the exhaust systems have improved (since 2012), we also tried some new engine settings. This is quite normal for testing.

"Actually, the changes barely made a difference," he insisted.

Marko said the setup problems with the RB9 encountered recently are not a big deal.

"It is not nearly as serious as (early) last year," he insisted. "(It's) no great cause for concern."

Nevertheless, Germany's Auto Motor und Sport reports that Renault is now pushing for its intended 2013 engine maps to be allowed, on the grounds of reliability.

This would require the agreement of the FIA, and also the unlikely cooperation of engine rivals Mercedes, Ferrari and Cosworth.