Vettel told Hamilton it was "special" to see him make history 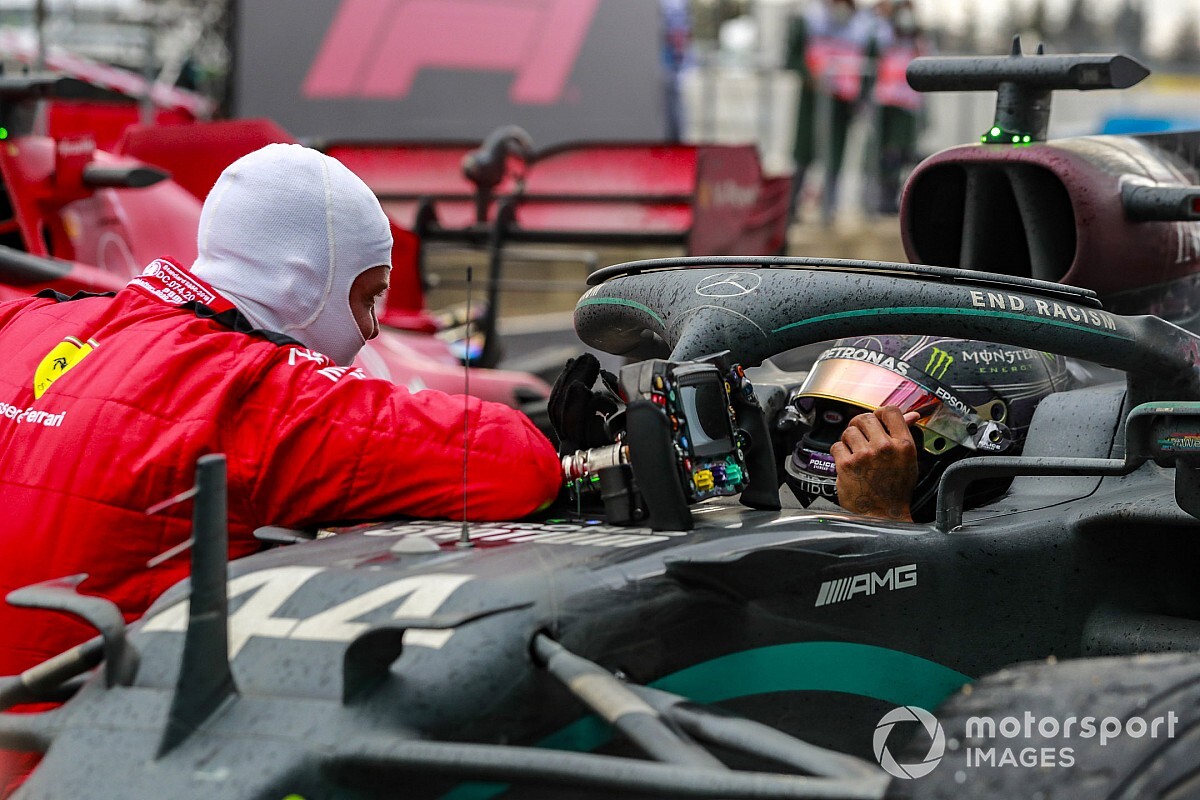 Sebastian Vettel has revealed that he told Lewis Hamilton just how "special" it was to witness Formula 1 history being made at the Turkish Grand Prix.

Hamilton clinched his seventh F1 world drivers’ title at Istanbul on Sunday, matching the all-time record that has been held by Michael Schumacher.

Straight after the race, as Hamilton composed himself in his car, Vettel approached the Briton and leaned in to the cockpit to offer his congratulations.

While the conversation was not broadcast in full on television, Vettel later explained that he wanted to let Hamilton know his feelings as he applauded the Mercedes drivers’ achievements to become the greatest driver of his era.

“I told him it’s very special for us because we can witness history being made today,” said Vettel.

“I think he is greatest of our era for sure. I think it’s always difficult to compare… how can you possibly compare [Juan Manuel] Fangio, or Stirling Moss to our generation? You can’t.

“But it doesn’t matter. I think every era has its driver or its drivers and Lewis is certainly the greatest of our era.”

Vettel has said several times this year that to him Michael Schumacher remains the greatest driver he has ever seen.

“To me, certainly emotionally, Michael will always be the greatest driver but there’s no doubt that Lewis is the greatest in terms of what he has achieved,” added the German.

“He’s equalled the championships, he’s won more races, and he has a lot more pole positions. So I think he’s done everything you can ask for.

“I think today is the best proof. It’s a difficult race, a very difficult race to stay on track and two hours long, and probably, if we’re honest, it wasn’t his race to win and he still won it.

“So I think, once again, he managed to pull something special out of that bag and therefore I think he deserves everything he has achieved.”

Ten things we learned from the Turkish GP