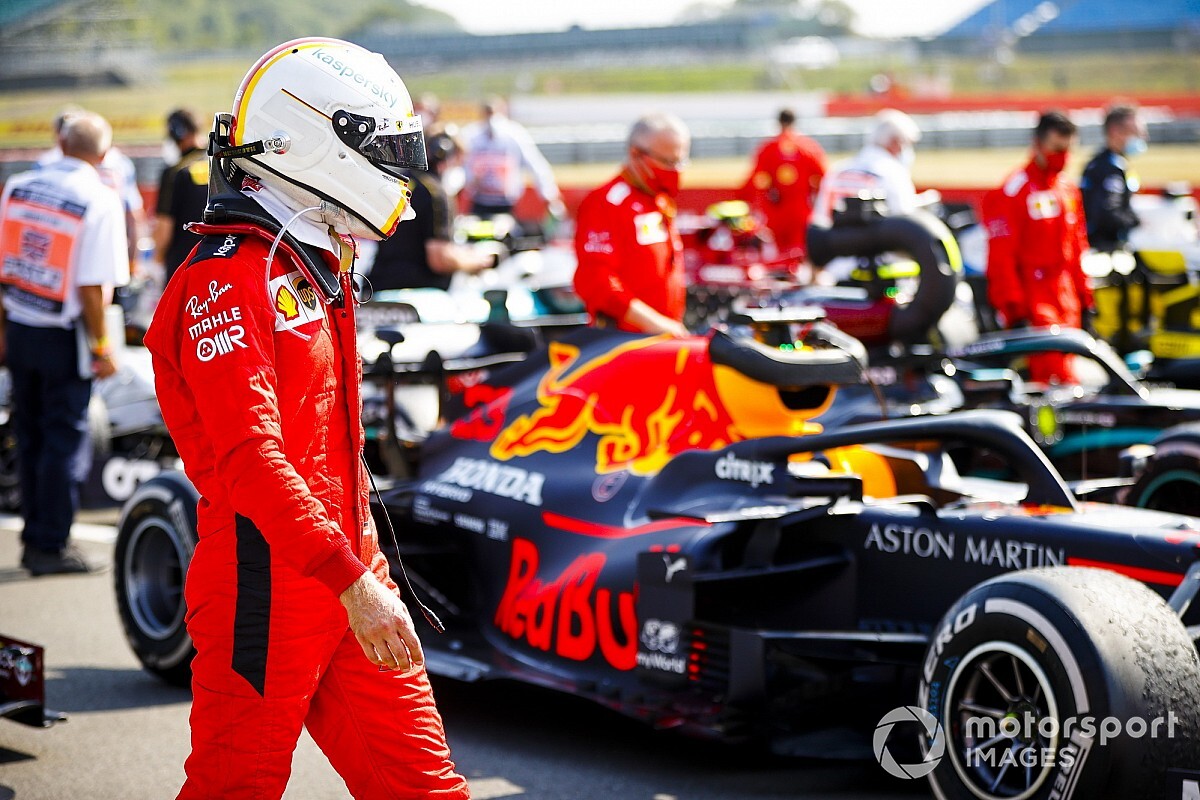 Sebastian Vettel said Ferrari's strategy in the 70th Anniversary Grand Prix "didn't make any sense", as he endured another difficult race at Silverstone.

The German dropped to the back of the field on the first lap after spinning at the first corner, but steadily began to make some progress up the order.

However, Ferrari's strategy calls left him stuck in traffic – and he made clear his frustration on the team radio at one point by suggesting that the team had "messed up".

In the end, Vettel could manage no better than 12th place, as teammate Charles Leclerc delivered another strong showing to take fourth.

Reflecting on his radio message, Vettel told Sky F1: "We spoke this morning that there's no point pitting, knowing that we will run into traffic, and that's exactly what we did.

"We went also on a hard tyre, which we then only had on for roughly 10 laps, probably not even that. So it didn't make any sense.

"I mean, why would you put the hard for 10 laps and then put the medium for 20 laps? I was running out of tyres towards the end. So we spoke about exactly that. I guess not the best work we could have done today."

Vettel's struggles at Silverstone came a week after near identical difficulties at the British Grand Prix, where he never felt comfortable with the car.

While he has been more at one with the SF1000 this time out, he says the laptimes have not reflected any improvement.

"Honestly, I think my pace was the same for both races at Silverstone, I don't think there was an improvement," he said.

"The feeling was a bit better than last week, but the performance was the same. The pace was the same. And that's a question mark, but I can't do much about it. I will have to try to keep doing my best and keep calm as much as possible, looking ahead to next week".

He added: "We've been going through a very bad two weeks. I don't know what happened in terms of pace. It's a little weird. It's certainly not the best day for me right now, it's a bit frustrating.

"I tried to do something today, but the way I spun on the first lap didn't help. I don't know what happened, because I tried to keep myself out of trouble but I felt a hit. It must have been the kerb, and that made me lose grip and spin. It took me by surprise."