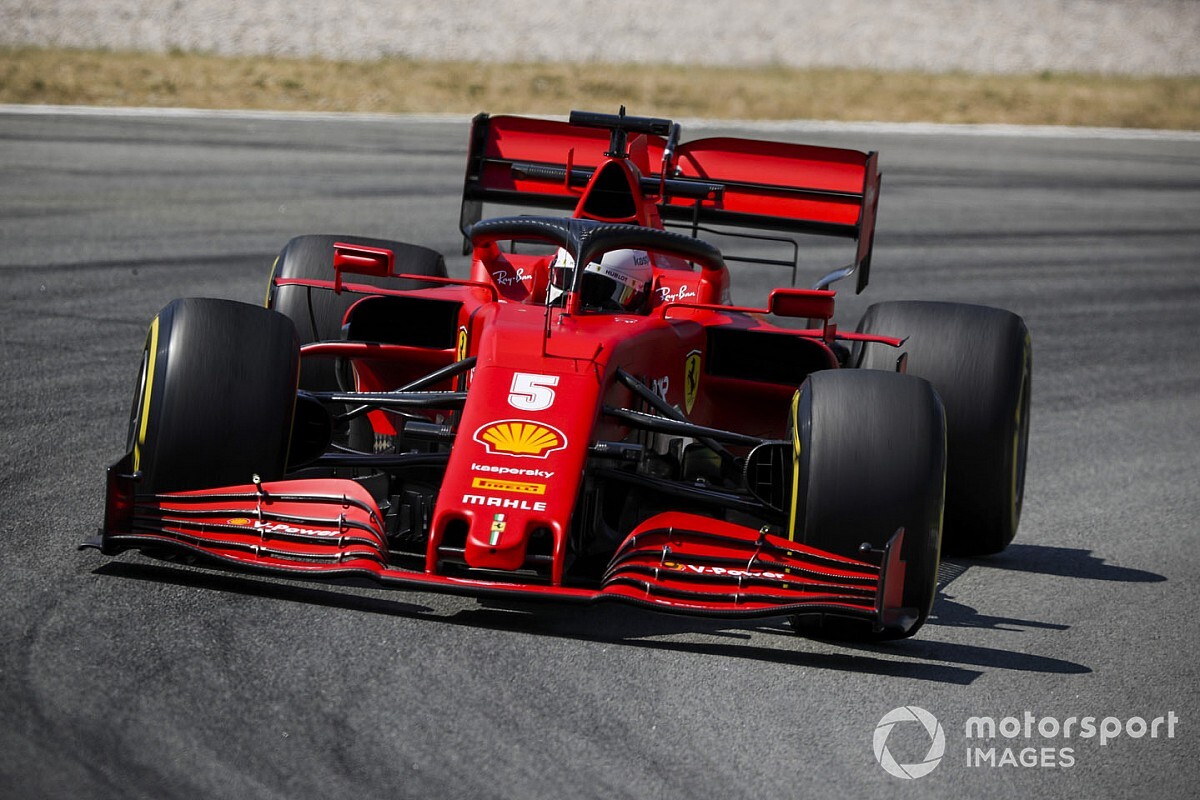 Vettel has made his worst start to a season since 2008, scoring just 10 points in the opening five races of the year in a run that has seen him slump to 13th in the championship.

Teammate Charles Leclerc has accrued more than four times as many points as Vettel, who has openly spoken about a lack of confidence with the Ferrari car in recent weeks.

Ferrari announced ahead of this weekend’s race in Barcelona it would be changing Vettel’s chassis after finding a “small fault”.

Vettel finished fifth in first practice on Friday at the Circuit de Barcelona-Catalunya before dropping to 12th in FP2, albeit just three-tenths of a second off Leclerc’s time.

Vettel felt he had “a mixed day” across the two practice sessions, noting an improvement in his qualifying runs, but struggled across the race simulations.

"It was generally a bit better in terms of one lap pace,” Vettel said.

“In the afternoon I was struggling a little bit more to put the laps together. We should be in a better place, so let’s see what we get tomorrow.

“We’ve tried a couple of things. We know a bit more for tomorrow.”

Asked if he got the answers he was looking for from the Ferrari car after the first run in the new chassis, Vettel said some progress had been made.

“Not all the answers that you want to get, but I think overall, things were making a bit more sense,” Vettel said.

“On Friday, it’s always a bit difficult, you're trying a lot of things, and so did we today. We’ll see things calm down hopefully tomorrow.”

Vettel said he “struggle a little bit” to put a run of laps together in FP2, and felt temperatures would create a challenge for all drivers in managing their tyres.

"Managing the race will be a key point to address with the temperatures that we have,” Vettel said. "It will be difficult, but it will be same for everyone.”