Sebastian Vettel has made his first on-track appearance as an Aston Martin Formula 1 driver during a shakedown of the team’s new car at Silverstone on Thursday.

Four-time world champion Vettel has joined the Aston Martin squad following its rebrand for the 2021 season as the British manufacturer returns to F1 after over 60 years away.

Vettel and team-mate Lance Stroll took part in the launch of the team’s new Aston Martin AMR21 F1 car on Wednesday before hitting the track on Thursday at Silverstone. Vettel and Stroll split duties in the car across the 100km of running permitted on demonstration Pirelli tyres. Pictures from the test showed conditions to be damp, kicking up some spray. 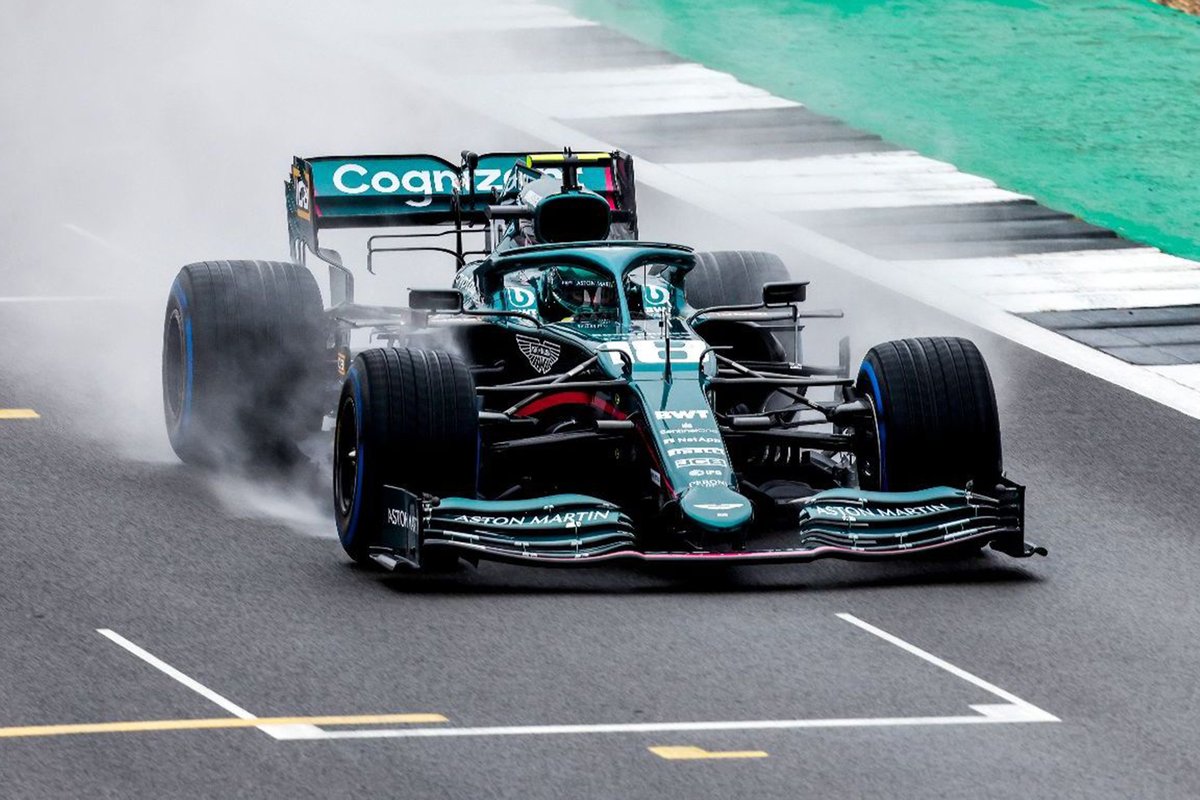 It marked the first running of an Aston Martin F1 car since the 1960 British Grand Prix, when Roy Salvadori and Maurice Trintignant each drove an Aston Martin DBR5. Most teams are opting to use one of their two allocated filming days for the season ahead of testing in Bahrain next week in order to give their cars an initial shakedown.

Vettel will enjoy his first extended running in the AMR21 car at the start of pre-season testing, which takes place from 12-14 March in Bahrain.

Vettel said on Wednesday that he would wait until the first real test before gaining too much of an understanding of how the new Aston Martin car would fare this year.

“Maybe we’ll get a glance tomorrow, but then really in Bahrain with consistent conditions, [we can] get a feel of it,” said Vettel. “By the sounds of it is very different [to the Ferrari]. I hope it's coming my way, if there is something like that. We'll see how it goes.”

The run-out at Silverstone means Vettel has now driven cars belonging to five different F1 teams, following appearances for BMW, Toro Rosso, Red Bull and Ferrari. But it was his first time sampling Mercedes’ power units, something he said on Wednesday that he was curious to try out.

“The Mercedes power unit is supposedly the strongest on the grid,” Vettel said. “It will be my first time with Mercedes in Formula 1. I'm looking forward to see how they work.”