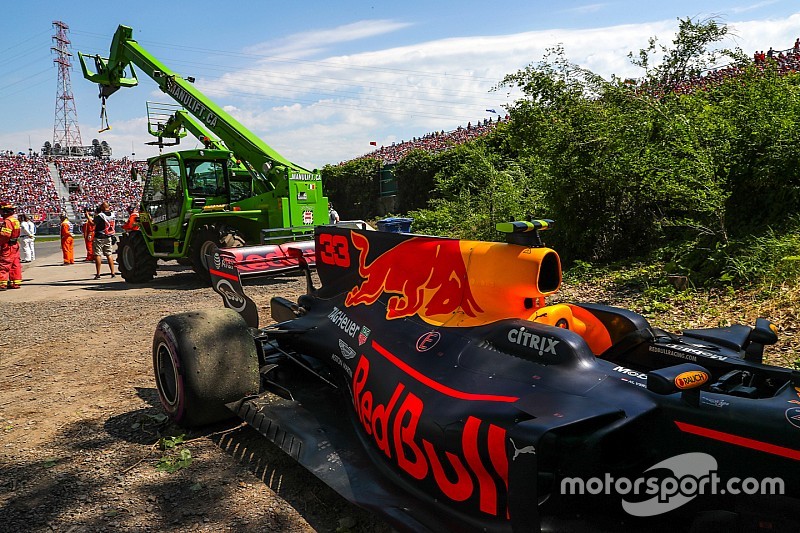 Red Bull Racing driver Max Verstappen has admitted to concerns over his Formula 1 title hopes for 2018, citing a lack of major updates from the team's engine partner Renault.

Renault had gone into 2017 with an all-new engine concept, but it its power unit continues to trail those of rival manufacturers Mercedes and Ferrari.

Red Bull, which had been Mercedes' nearest rival last year but has slipped to a distant third behind the Silver Arrows and a resurgent Ferrari in 2017, has on many occasions publicly pinned its hopes on a major upgrade to the power unit.

But Renault's Cyril Abiteboul, who had earlier in the season criticised Red Bull for for "making, as always, the wrong communication" regarding engine development, told F1.com in Canada that there would be no "magic bullet" for the power unit this year, adding: "Frankly, the next big upgrade will be next year."

Following the Canadian GP, Verstappen, who has stated his season so far has been "completely crap", expressed his concerns for 2018 - as he called the situation with Renault's engine updates "very disappointing".

The Dutchman, whose Red Bull deal runs through 2018, told Dutch tv show Peptalk on Monday: "I want to win. I think the team is able to do this absolutely. You can see that the car has improved a lot, but now the power has to arrive as well.

"But this year nothing is coming, as you've probably read. So I’m concerned about that. They did promise this, but in the end little has arrived in terms of updates this year.

"That’s very disappointing. And I’m concerned about next year.

"This year we wanted to go for the title, as a team, but we are far away from that.”

Verstappen retired from the Canadian GP on lap 11 of 70, pulling over to the side of the road with a suspected battery failure when running second.

“These things happen”, Verstappen said on his Montreal retirement. “I experienced this in karting as well. Of course, you don’t want it to happen now anymore, so they need to work on this.”

Asked if it was part of the game, he said: “Yes and no. Everything is supposed to work. You have to be able to make it to the finish. And then it depends on the package, of course.”