Verstappen says "something is not working" in Red Bull's car 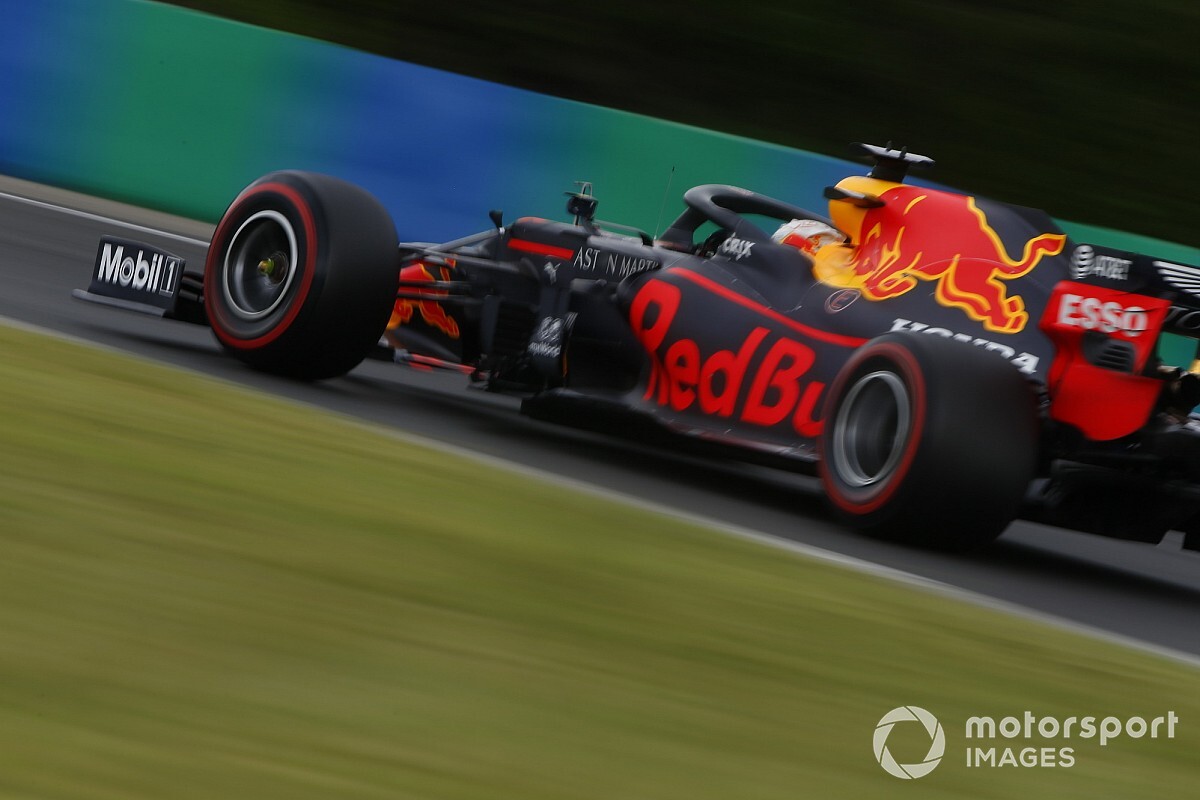 Max Verstappen concedes Red Bull is still struggling to find a comfortable car balance as he qualified down in seventh place for the Hungarian Grand Prix.

Red Bull had been tipped as Mercedes' nearest challengers coming into the third round of the 2020 Formula 1 season at the Hungaroring, but Verstappen could only manage the fourth row in qualifying behind the Mercedes, Racing Point and Ferrari drivers and over 1.4 seconds off polesitter Lewis Hamilton.

Having admitted Red Bull had "a lot of work to do" after Friday practice, with Red Bull breaking curfew to work on the team's RB16 cars last night, Verstappen has called the team's qualifying performance "disappointing".

"I don't know why but clearly something is not working compared to, let's say, also last year when I think we had a really good balance here," Verstappen told Sky Sports F1. "But the whole weekend has been really tricky and it is hard to understand.

"We tried a lot of things but it still doesn't really work so of course it was a disappointing qualifying. The pace is all very close [between the teams] so we have to wait and we are also not starting on the best tyre for the race but it is what it is.

"I will try to do the best that I can and see where we end up but it is quite tricky to overtake here anyway."

Verstappen's teammate Albon appeared to be suffer even worse for car balance in qualifying, as he dropped out in Q2 in 13th place, having complained about possible front wing damage in the second session of qualifying.

Albon says his problems weren't from one specific area and wants to speak to his Red Bull team to unpick the issues.

"It was a bit of everything, obviously I didn't do a great lap as well, but we had another lap to try to fix it but it is a few things to be honest," he told Sky Sports F1. "We just need to sit with the team and discuss it to be better prepared for next time.

"It was [better] in FP3, not so much in qualifying, so I need to figure it out a bit better."

Ferrari "much closer" to the cars around us - Vettel

Gasly to get Honda engine change for Hungarian GP