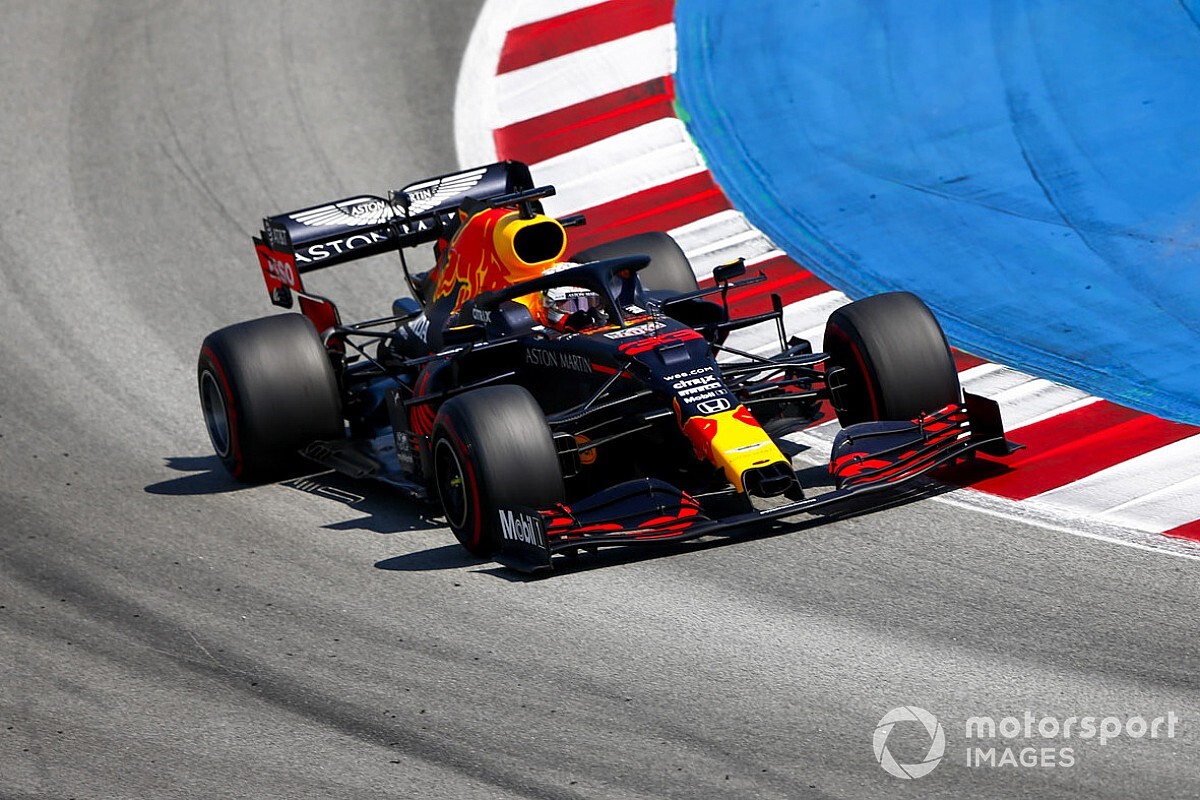 Max Verstappen believes Red Bull had "definitely overachieved" by splitting the Mercedes drivers in the Formula 1 championship, and that the team must "accept the situation" it currently faces.

Red Bull has struggled to match Mercedes for outright pace through the opening six races of the 2020 season, especially over one lap in qualifying.

But Verstappen has been able to get closer to Lewis Hamilton and Valtteri Bottas in the races, finishing in the top two at each of the last four rounds, including a victory in the 70th Anniversary Grand Prix.

Reflecting on the opening six races of the season ahead of this weekend's Belgian Grand Prix, Verstappen said that Red Bull could be proud of how it has overachieved given Mercedes' pace advantage.

"Looking at pure pace, they of course, both of them, they should be ahead of me in the championship," Verstappen said, referring to the Mercedes drivers.

"I had one retirement,[Bottas] finished out of the points with a puncture, so no points. But of course that was unlucky for him, and unlucky for me in the first race.

"To be second in a few races where I think Mercedes had more pace, we definitely overachieved a bit. And besides that, I think we always maximised what we could. I'm very happy with that.

"As a team and myself, we are not here to be second or third, we want to fight for the championship, but you also have to accept the situation we are in, that we are not really able to challenge.

"It looks like it on paper, but if you look at the pure pace, we are too slow. At the moment, we are relying on a bit of an off day for Mercedes or a bit of luck to win a race. So there's still a lot of work to do."

Verstappen was able to beat the Mercedes drivers at the 70th Anniversary Grand Prix thanks to a softer selection of tyres that highlighted some weaknesses in the Mercedes W11 car.

The same tyre selection has been made for this weekend's race in Belgium, but Verstappen doubted it offered the same opportunity to Red Bull given the cooler temperatures at Spa.

"We kept saying: 'Ah, we need heat, we need heat' - well, we definitely got beaten in the heat in Barcelona," Verstappen said.

"Maybe we could have done things better. But the gap like that, even with a bit of set-up work, it's not going to change.

"Maybe the tyres will help. I don't know. It's not going to be warm enough, I think.

"It's tricky, but I like to be realistic and I don't like to tell fairy tales. So it will be hard, but I will try to of course be on the podium."