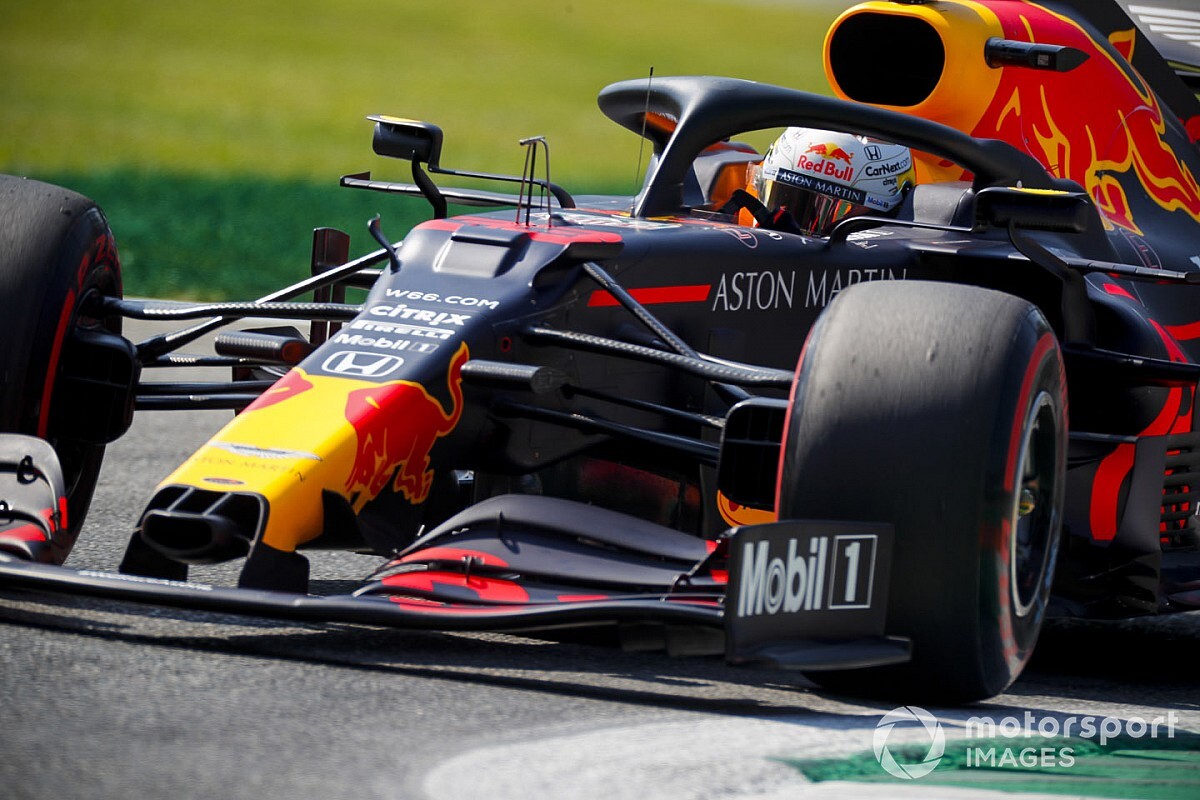 Italy marks the first weekend where the FIA’s new technical directive banning drivers for changing engine modes during qualifying and the race takes effect, forcing them to use the same setting throughout sessions.

Red Bull endured a difficult qualifying session at Monza as Verstappen could only finish fifth, nine-tenths of a second down on polesitter Lewis Hamilton, while teammate Alexander Albon qualified ninth.

Second-placed Valtteri Bottas said after qualifying he was unsure how “happy” Red Bull would be with the engine mode ban that it encouraged given Mercedes’ dominance.

But Verstappen said he did not believe the ban on the high-power engine modes sparked Red Bull’s slump in qualifying, putting the result down to the RB16’s weakness at low downforce tracks.

“No, honestly I don’t think we went backwards,” Verstappen said, referring to the lack of party mode.

“I think this is also a bit of a weird track to really see the full benefit or differences, because Monza, everybody is in the tow, some have a better tow than others.

“We have to wait a bit until we go to a normal track again. Nobody wants a tow and to drive in clear air. Too early to say anything about that.

“But I never expected it to be very different. Of course some other people were shooting some different words. It is what it is.

“As you can see, it didn’t really shake up anything, but I also didn’t expect that.”

Verstappen said that he “tried everything” with the set-up on his car to try and find more pace, but found he was setting similar times regardless of what tweaks were made.

“I ended up doing the same lap time all of the time, so it just shows that our car is not good enough at the moment.

“Around here, we know top speed-wise, we are down on power to Mercedes especially, and that’s a given, but that is not the deficit we have to them at the moment.

“It’s not that big, the deficit in power. From our side, we just didn’t have a good balance in the car, but not only that, but we’re also lacking grip.”