Max Verstappen says he has no concerns over Red Bull's continued development of its 2021 Formula 1 car despite title rival Mercedes placing full focus on 2022.

By:
Luke Smith
Co-author:
Koen Sniekers
Listen to this article

With an overhaul of the technical regulations scheduled for 2022, most F1 teams opted to end development of their current cars early in order to capitalise on the gains available early in the new rule cycle.

Mercedes brought its final update of the year to the British Grand Prix in July, but Red Bull has opted to keep developing its current car, the RB16B, as well as placing resources on next year's chassis.

Verstappen currently trails Lewis Hamilton by eight points at the top of the drivers' championship, while Red Bull sits 12 points off Mercedes at the head of the teams' standings.

Red Bull team boss Christian Horner said that it was "not in our culture" to give up on the current season and end development early, and that he felt the balance between the 2021 and 2022 cars was "about right".

Speaking exclusively to Motorsport.com's Dutch edition, Verstappen echoed Horner's thoughts and expressed his confidence in the resources Red Bull was putting into next year's car.

"To be honest, I don't think so," Verstappen said when asked if he had any concerns about the impact focusing on 2021 could have on the '22 car. "We have enough people already also working on next year's car. We can talk about it for a long time, but also I personally don't know how good or how bad it's going to be next year.

"Nobody knows, so I guess we'll just have to wait and see." 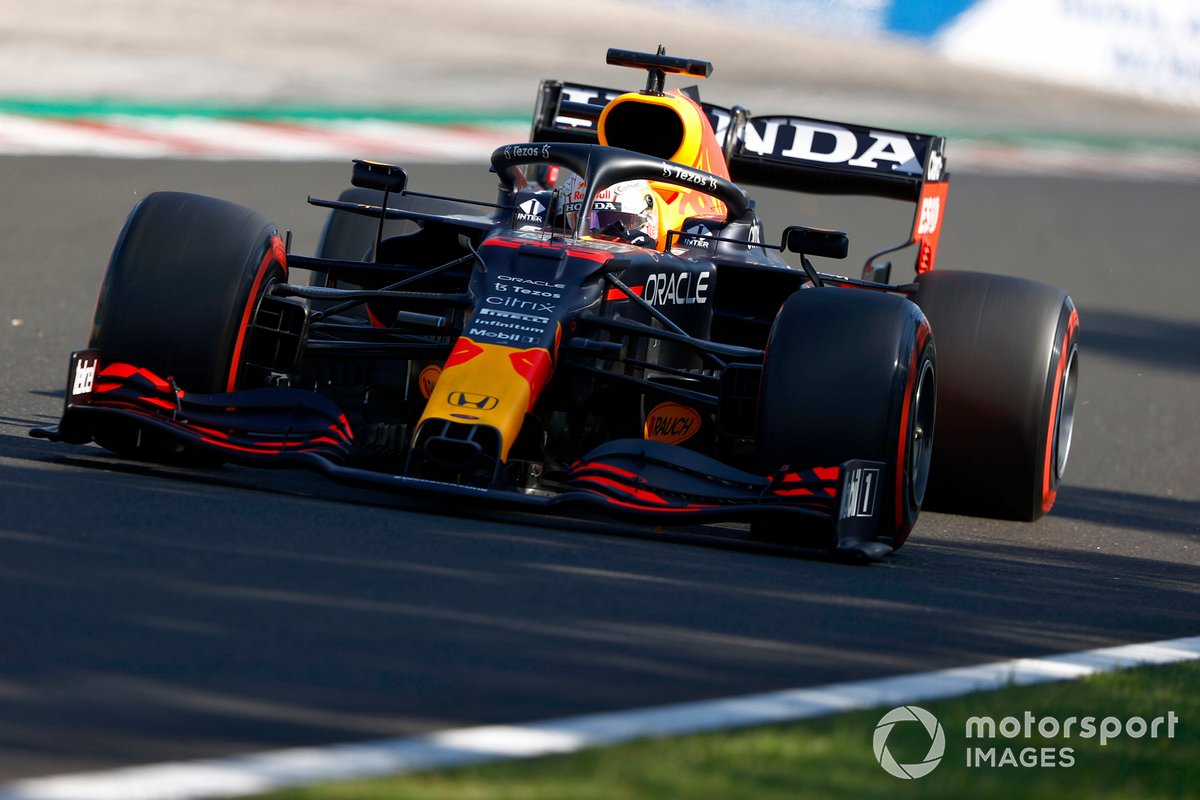 Verstappen sat 32 points clear of Hamilton after the Austrian Grand Prix, but retired at Silverstone after a clash from Hamilton and could only finish ninth in Hungary after picking up damage at the first corner.

Reflecting on the season so far, Verstappen said there had been "quite a bit of bad luck" for Red Bull, but felt the pace advantage had been with Mercedes at the most recent events.

"In the last two races, we've lost a lot of points, so there's still a lot to play for," Verstappen said.

"I think it's very close. I do think that the last two races were in the advantage of Mercedes with their latest upgrades, but we also know that we still have a few things [updates] to come.

"I hope that will give us a bit more lap time."