Verstappen: "Very tough" to beat Mercedes even without Hamilton

Max Verstappen believes it will be “very tough” for Red Bull to beat Mercedes in Bahrain this weekend even in the absence of Formula 1 world champion Lewis Hamilton. 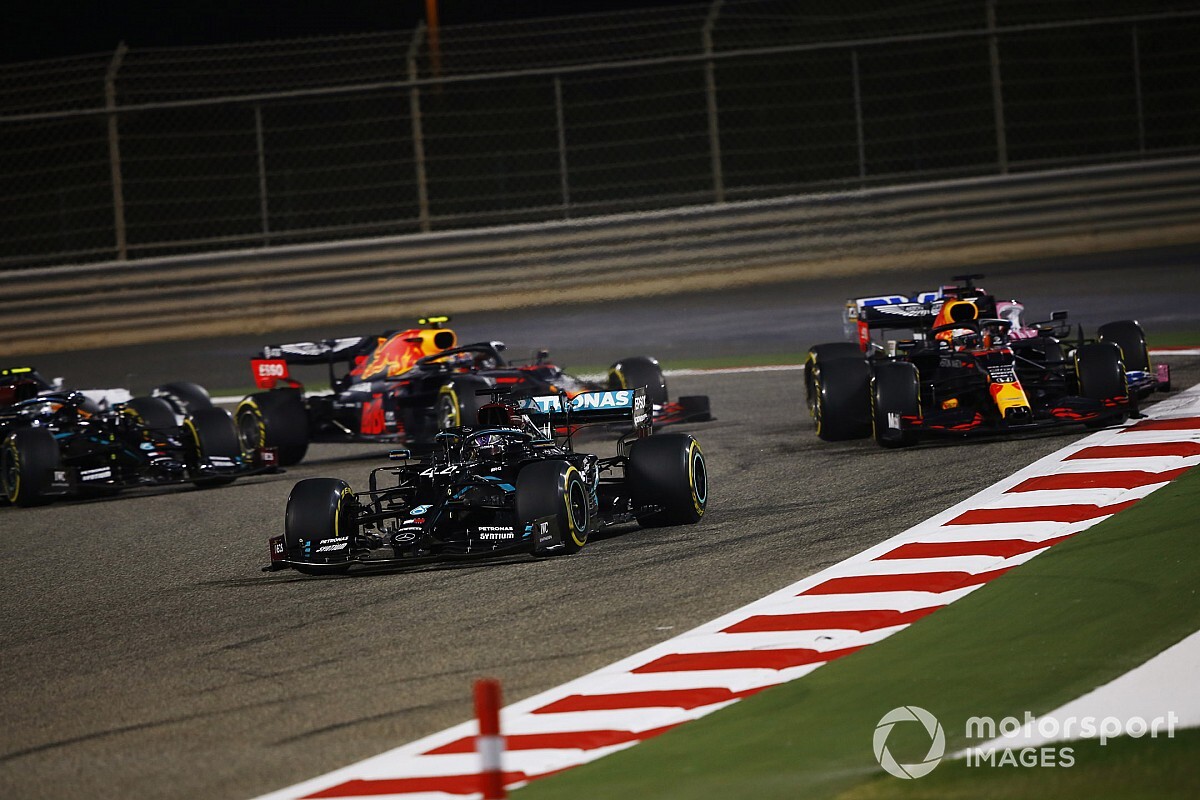 His place at Mercedes will be taken by Williams regular George Russell, who will partner Valtteri Bottas.

Red Bull driver Verstappen has finished second to Hamilton on five occasions this season, but did not believe the absence of the Mercedes driver would improve his chances of winning in Bahrain.

“There is no Lewis, but there’s Valtteri and George, driving the fastest car in the field,” Verstappen said.

“It will still be very tough and not easy, especially with the layout we have.

“Lap times will be very close, also with the guys behind us from last week. I don't expect it to be very easy out there.”

F1 will use the high-speed outer loop layout of the Bahrain International Circuit for the first time this weekend, promising lap times of under 55 seconds and just four braking points.

Red Bull tended to struggle on the low downforce tracks earlier in the 2020 season, particularly at Monza.

“[The layout] will only help the cars which have a lot of power, so I expect it to be a little bit more difficult for us,” Verstappen said.

“I really hope it’s not going to be like Monza, but we have to wait and see. The track of course is a bit different compared to Monza. There are still I think a few corners where you can make a bit more of a difference.

“I think here there will be a bit of difference in terms of downforce levels. But yeah, let’s hope and pray it’s going to be better.”

Verstappen finished second in Bahrain last weekend, but was left unhappy that Red Bull had not been more aggressive with its race strategy.

The Dutchman said the team had reviewed and discussed it, and was hopeful of a bolder approach this weekend.

“I just commented on last weekend that we were a bit conservative, so I can only really comment on that,” Verstappen said.

“We have analysed it, and I think that’s good. We’ll see what we can do this weekend, see if we can do it better.”