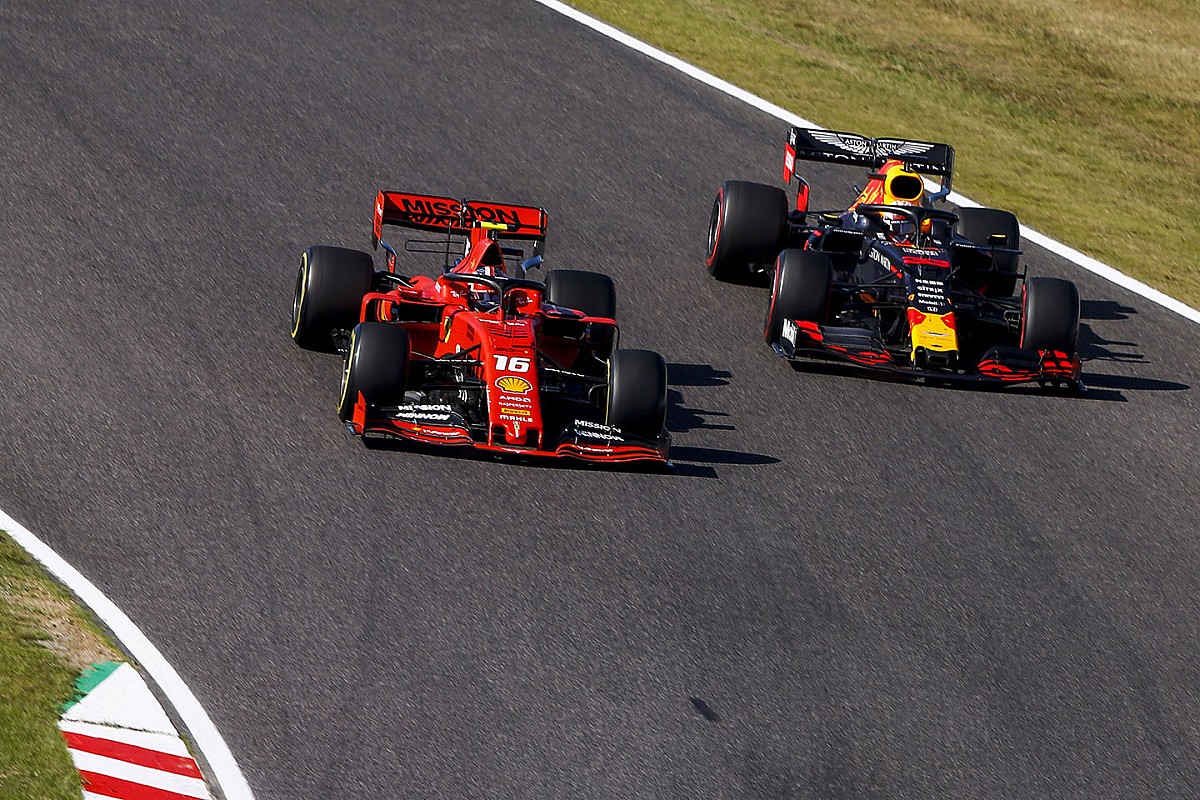 Max Verstappen retired from the Japanese Grand Prix because his first-lap clash with Charles Leclerc cost him almost 25% downforce on his Red Bull Formula 1 car.

Verstappen had passed Leclerc and Lewis Hamilton on the run to the first corner and kept to the outside as the track tightened into Turn 2, but Leclerc ran wide and his Ferrari clattered into the Red Bull.

Verstappen was shoved onto the grass and had a half-spin before rejoining in 18th, but retired on lap 15 after making little progress.

"It was a huge amount of damage to the floor," Red Bull team principal Christian Horner. "He lost almost 20-25% of the downforce of the car.

"There was no point running around just putting mileage on components so we retired the car to save the mileage."

Leclerc was running ahead of Verstappen when the young Dutchman retired and went on to finish sixth, but dropped to seventh after post-race penalties.

Both of those were related to the Verstappen incident, the first a five-second drop for the clash and then 10 seconds for Ferrari not pitting him when he had a damaged front wing.

The Leclerc/Verstappen clash was not even investigated initially by race control, but the FIA quickly changed its mind.

"I think it was right they have a proper look at it," said Horner. "In that incident there was enough space to be left. And Max was clearly ahead."

The FIA takes a more lenient view on first-lap collisions and embraced a common-sense approach.

It has also tried to reduce the number penalties handed out for racing incidents in general. They're trying to let them race but sometimes things get a little too far," said Horner.

"It was a shame because essentially it took both of them out of the race. And it would have been good to see both of those guys fighting them out at the front."