Max Verstappen says taking a fresh engine in the final two Formula 1 races will not bring the kind of performance gains that rival Mercedes gets.

With this weekend’s Saudi Arabian Grand Prix taking place on the high-speed Jeddah track, which will put a premium on power, Verstappen’s title rival Lewis Hamilton will be boosted by his freshest engine.

It is the same one that Hamilton put to good use at the Brazilian Grand Prix, with its power advantage helping him charge from the back of the grid in the sprint race to take a brilliant victory in the main event.

But while Mercedes’ new engines deliver good power gains because their performance trails off over their lifespan, Verstappen says his Honda engines are much more consistent.

While that is positive in ensuring his package can stay competitive for a longer duration, it does mean there is little incentive to go for a new unit like Hamilton has.

"Well, we don't have that peak [in power] with a new engine as Mercedes has,” said Verstappen, when asked by Motorsport.com about a potential tactical change.

“Our engine is actually pretty consistent throughout its lifespan. So doing an engine change like that doesn't really bring us a lot.”

While Red Bull motorsport advisor Helmut Marko has been quoted as saying that Verstappen could opt for a new engine in the Abu Dhabi season finale, the Dutchman is not so convinced.

Asked if the change would only come on reliability grounds, Verstappen said: “Yes, but from my side there are no doubts about that. I know what I have in terms of engines and normally we should be able to make it with that.” 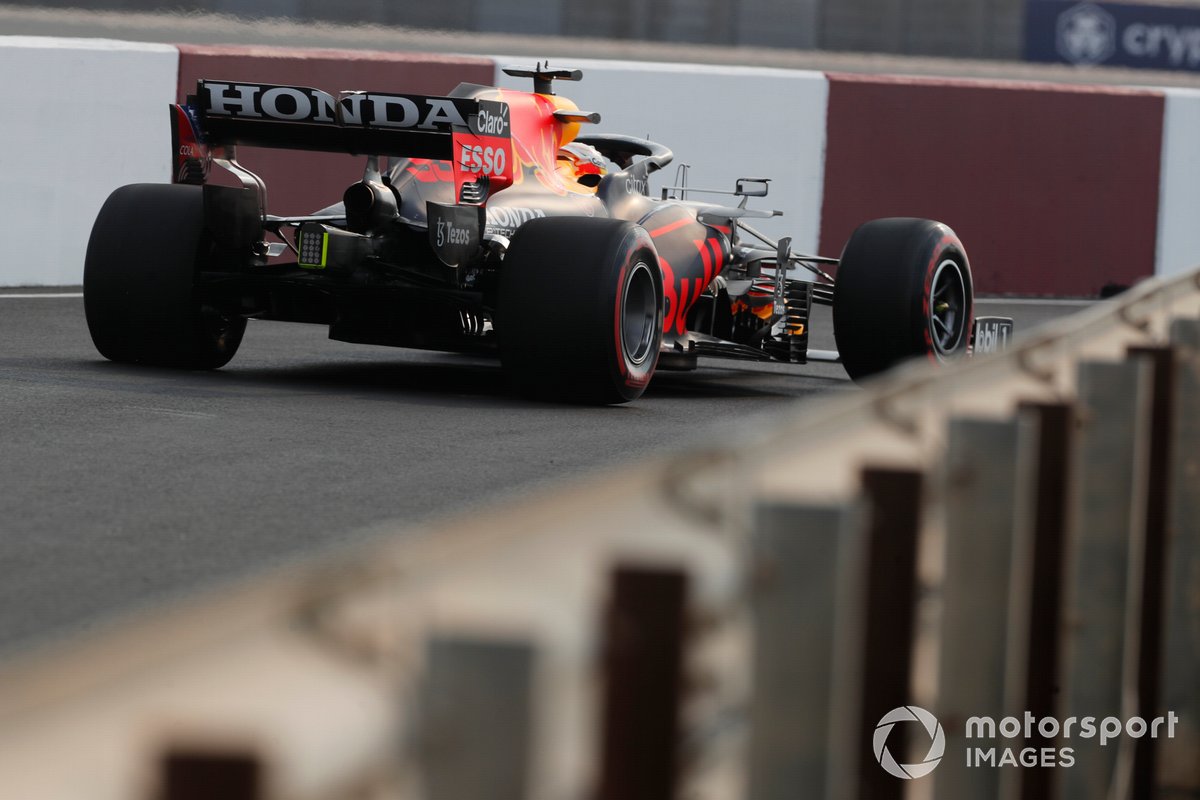 Verstappen holds an eight points advantage over Hamilton with two races to go, but his rival is coming off the back of victories in Brazil and Qatar.

Although it appears to suggest Hamilton is on a roll, Verstappen is well aware of how quickly things can change.

“I don’t believe in something like momentum myself,” he said. “You have to perform and do well every weekend again.

“We'll see this weekend, but I always find it hard to predict what the situation will be like exactly. It's all in the details, but more things can happen on a street circuit than on a normal circuit anyway.”

Asked if his focus was on going out there to win both final races or just do enough to bring home the points needed for the title, Verstappen said: “I always try to win the race, but the most important thing is of course that we are still on top after Abu Dhabi.”