Lewis Hamilton says he feels “more relaxed than I’ve ever been” in a Formula 1 title battle ahead of his showdown with Max Verstappen in the final two races.

Hamilton heads into this weekend’s Saudi Arabian Grand Prix trailing Verstappen by just eight points at the top of the drivers’ championship, having cut the gap with back-to-back wins in Brazil and Qatar.

While Verstappen can mathematically be crowned world champion on Sunday in Jeddah, Hamilton and his Mercedes team are widely regarded to be the favourite for the race weekend, potentially setting up a last-race decider in Abu Dhabi.

Verstappen is currently fighting for his first F1 title, but Hamilton is chasing a record-breaking eighth championship, giving him greater experience to lean on in the championship run-in.

Hamilton acknowledged that there were some elements on the fight against Verstappen that made it feel different, but claimed he was feeling more relaxed than when he first contended for championships in F1.

“It's different in one sense because we've got two incredibly close teams,” Hamilton said. “It’s different because as a team we're fighting for uncharted territory. No-one has ever won eight titles, team or driver, so that's quite fresh and new.

“And then on the other side, I'm more relaxed than I've ever been because I've been around a long time. It's not my first.

“I remember how I was [with] my first championship, and even my second and my third, the sleepless nights and all those sorts of things. I’m [now] a lot more sure of myself and just applying myself better than ever before.

“I know I can't change anything from the past, but all I can do is prepare the best I can for what's up ahead of me, and I 100% know I have.” 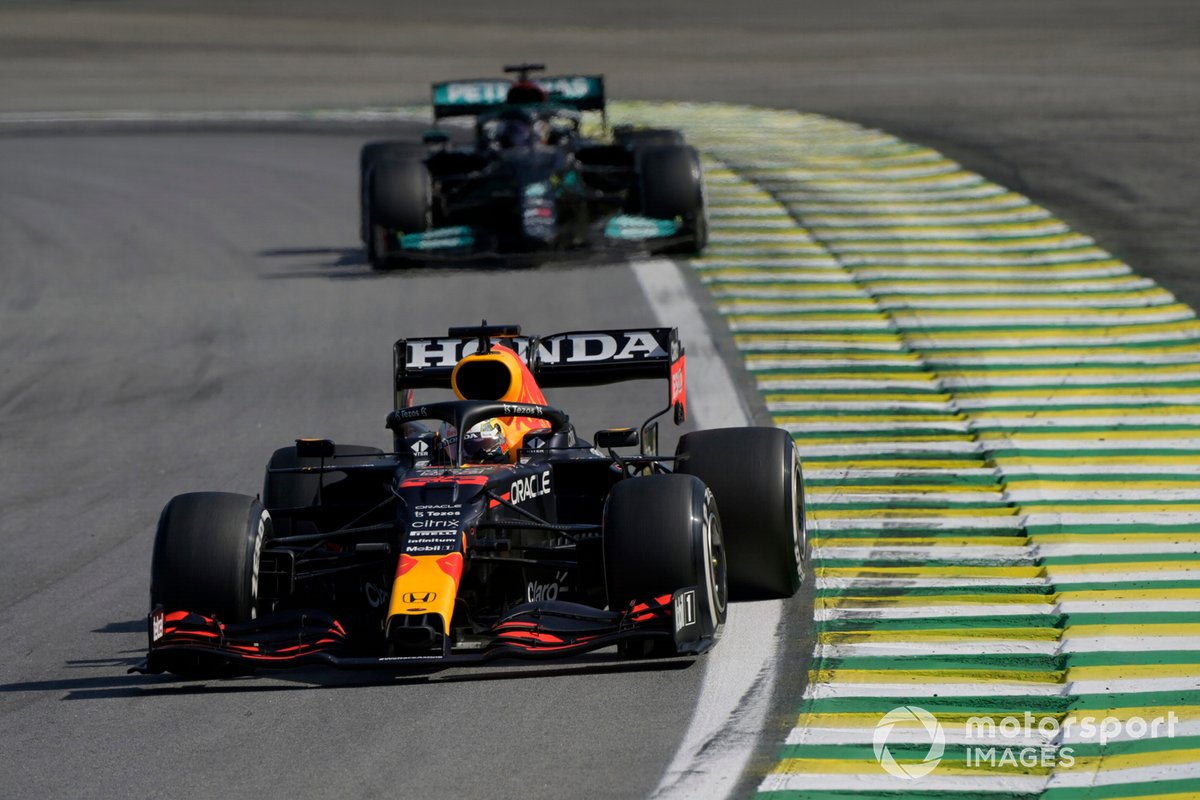 Hamilton trailed Verstappen by 19 points before the Brazil weekend and looked set to lose more ground after being excluded from qualifying, leaving him at the back of the grid for the sprint race.

But Hamilton fought back to finish fifth in the sprint race and went on to win the grand prix to cut Verstappen’s lead and strike back in the title battle.

Mercedes F1 boss Toto Wolff said in Qatar he believed the adversity Hamilton had faced in Brazil had brought out the seven-time world champion’s “superhero powers”.

Asked if he felt he had reached a new level of performance in recent races, Hamilton replied: “I don’t know if I agree with it, to be honest.

“I don’t believe that I have gone to a different level. I think I’m generally at a good level just in general. Maybe I tapped into something different in Brazil that maybe I haven’t there before.

“I definitely have before in my career, because I have come back from those positions many, many times before. I like to think that I have been delivering well all year. But you are constantly learning more about everything, your surroundings, your team and how to get more out of every individual.

“I like to think that all of us have, and it has not just been me. It has been the engineers, it’s been the mechanics and I think every individual in the team has pulled a bit more.

“That is what has been needed. We always need more performance, more focus and more power and strength, and I think everyone collectively has.”