Verstappen: I could've "damaged someone" over lost Mexico pole 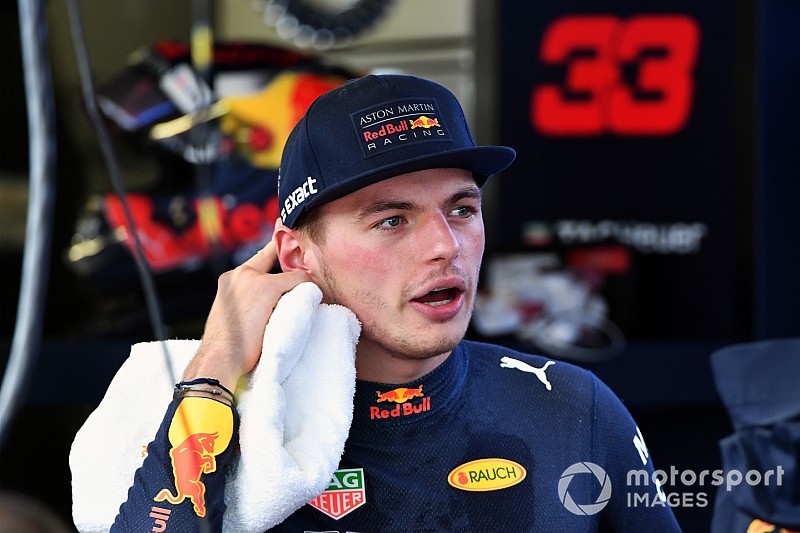 Max Verstappen says he "could have done some damage to someone" after losing out to teammate Daniel Ricciardo in their battle for pole position in the Mexican Grand Prix.

Verstappen had dominated all practice sessions and was favourite for pole, but it was Ricciardo who claimed the top spot as the Dutchman blamed an engine problem.

Verstappen's father Jos said last week that losing pole was made even worse for the Red Bull driver because he has to watch his teammate's celebrations.

"He was irritated because he missed out on pole and because of the car, but also because of Ricciardo's exuberance celebrating pole," Verstappen Sr said.

Speaking ahead of the Brazilian GP, Verstappen played down suggestions that he was angered by Ricciardo's celebrations in Mexico, but conceded he was fuming after losing pole.

"I was mainly very angry because of the problems I had with my engine during qualifying," Verstappen said.

"That weekend I was clearly fastest, but for 75 seconds I wasn't. I was literally pissed off.

"And of course everything little thing that comes with it makes me even more angry.

"I wouldn't even say it… But I could literally do some damage to someone if somebody would say something wrong to me after qualifying, that angry I was. Every little thing makes it even worse."

Verstappen insisted that he wasn't frustrated because Mexico was likely to be his final chance to become F1's youngest pole winner, given that Interlagos and Abu Dhabi won't favour the Red Bull package.

"For me I was not really after the youngest pole record. I don't think Lewis [Hamilton] really cares that he's not the youngest polesitter, with five titles, you know what I mean? It's not a big deal.

"Just fighting for pole, that was the target.

"This felt horrible, and then you're still second by such a small margin."

Ricciardo doesn't believe that Verstappen's obvious anger after the session was aimed at him.

"I was aware Max was pissed after qualy, the press conference and that," he said. "You could tell that he wasn't pleased.

"I don't think it was really directed at me, I think anyone missing their first pole by such a small margin was going to be pissed.

"I didn't see it as anything personal, like I was rubbing it in. I was obviously super happy because it's been a tough year, and I think I was the underdog in that fight for pole, so to do it, I was obviously pretty stoked."

Hamilton: No plans to give win back to Bottas