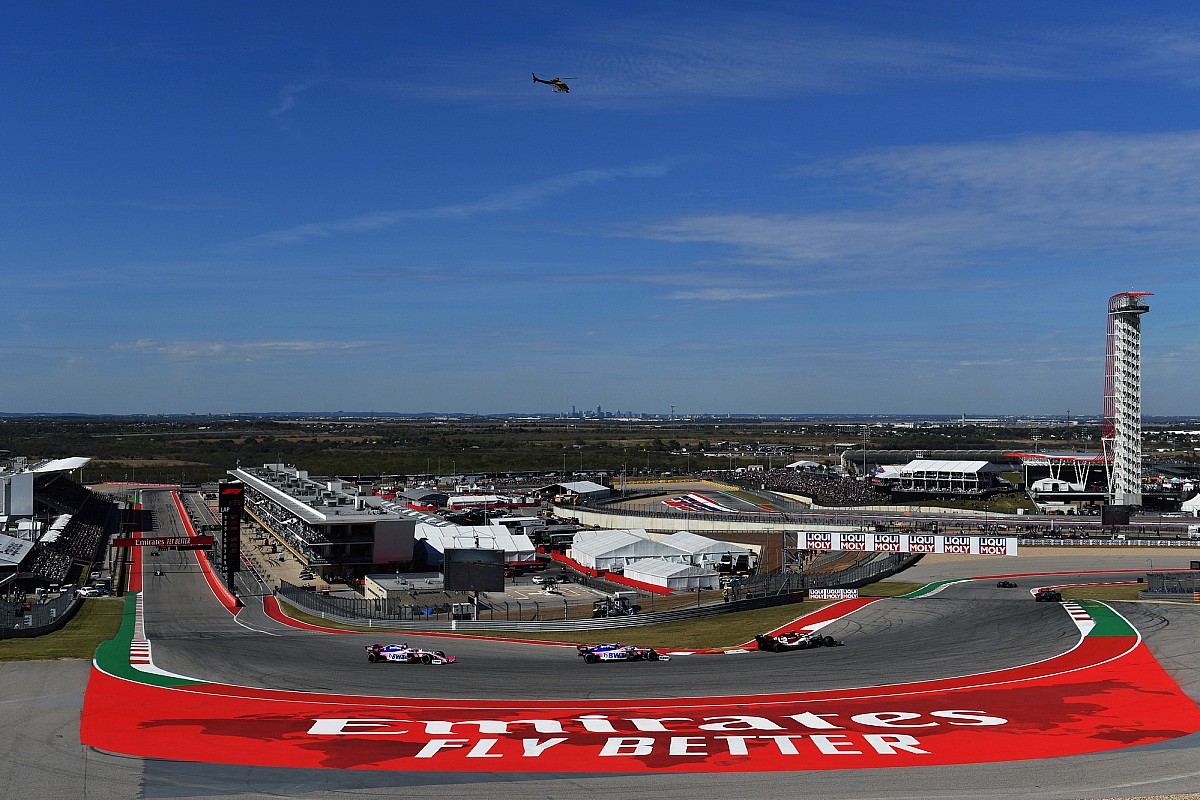 Austin's senior public health official says that large events are unlikely to take place in the Texan city before the end of the year, casting further doubt on the US Grand Prix, which is still scheduled for October 25.

Austin is now operating to Stage 3 of its reopening plan after an initial lockdown, which allows groups of up to 10 "low risk" people to gather. That status would have to move to Stage 1 before major events are even considered.

The Circuit of the Americas remains closed, although it hosted a charity event earlier this month, when members of the public were allowed to pay to drive a lap of the circuit.

Dr Mark Escott, the interim medical director and the health authority for Austin Public Health, stressed that allowing large gatherings is not a priority.

"The large events are the first thing that we turned off and are going to be the last thing we're going to turn back on because of that risk of exposing lots of people to one another, particularly individuals of the same household," he told the Austin-Statesman.

"We are working on a plan to help forecast what we think is going to be reasonable, but looking through the end of December, we don't have any indications at this stage that we would be able to mitigate risk enough to have large events, particularly ones [with] over 2,500 [people]."

However, Escott said an improvement in COVID-19 case numbers might change the situation.

"I think that's incentive for us to work hard at that social distancing, work hard at ensuring that people who are sick stay home and if they're staying home, they're directed to testing, so that we can get a handle on this.

"We really all as a community have to be focused on the goal of ensuring, number one, that things stay open and, number two, that we get ourselves in a situation which will allow us to open the window even more in the future, particularly in the fall."

Aside from the local regulations, COTA is in a difficult situation because its race-hosting fee is underwritten by the Texas State Major Events Trust Fund programme, on the basis that race visitors bring money to the city, and pay local taxes.

Thus even if a race held behind closed doors with no fans is allowed by the local authorities, it would almost certainly not be eligible for the state funding.

F1 is understood to be keen to still receive hosting fees from flyaway races, in order to mitigate the transport costs involved, while making more favourable arrangements with European promoters.

COTA boss Bobby Epstein would not elaborate on the current prospects for the race.

"I really can't comment," he told Motorsport.com. "But right now, the law prohibits gatherings of any significant size, and our business is not allowed to open."

How a mistake helped create an F1 icon