Yuki Tsunoda says a relocation to Italy to be closer to the AlphaTauri Formula 1 team was “definitely a good decision” resulting in a much improved approach to races.

Tsunoda started his rookie year operating out of the UK, after impressing Red Bull bosses by finishing third overall in FIA Formula 2 last season to secure an F1 graduation with AlphaTauri.

The Japanese driver then earned high praise by starring on his debut at the Bahrain season opener after charging through to score points in ninth.

However, he failed to score in the next three races, with a notable low point coming at Imola when he crashed out of qualifying and then spun in the race while inside the points.

The drop in form prompted Red Bull to move Tsunoda to Faenza, Italy, in June, in a bid to rebuild the driver’s confidence and to integrate him more with his AlphaTauri team.

Reflecting on the move, the 21-year-old says the decision is already reaping rewards, by improving his discipline and focus. Since the relocation Tsunoda has yielded four points finishes in the last seven races.

“I think moving to Faenza or near the factory was definitely a good decision,” Tsunoda told Motorsport.com.

"And, that's why I found a couple of good approaches before Azerbaijan.

“Recently I think whole race week, how I build up the pace and progress through the sessions went better compared to first three races or four races, except of France.

“I think definitely it was a good decision. And I spend a lot of time with engineers, more than I have more than usual. So it's a really good thing.

“I like it, I prefer more Italy, to be honest. I like the food. Because of I think Japanese food is a little bit similar to Italy, and a lot of Italian restaurants in Japan. So it's a quite familiar taste, and it's more near to Japan [in terms of feeling]. And also, I like the weather.” 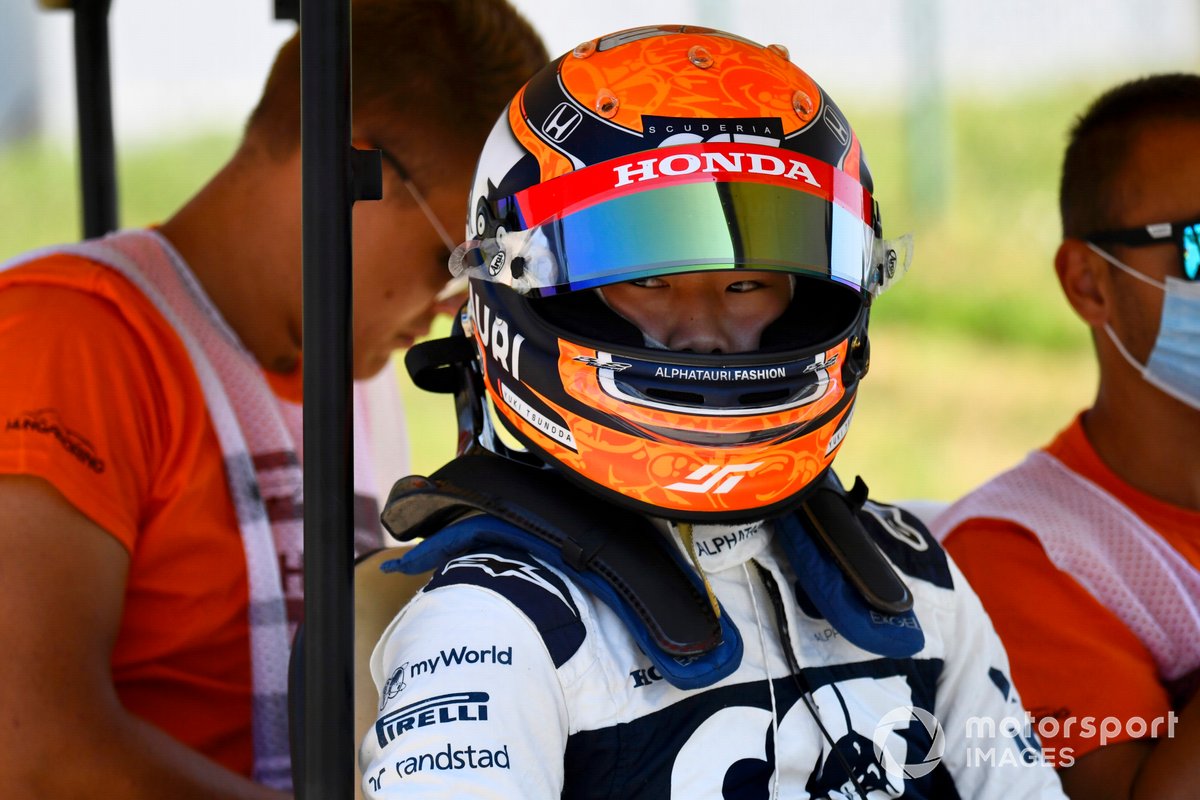 Tsunoda admits that his discipline and focus this season could have been better prior to the move to Italy, having previously spent his time between events in the UK training and playing video games.

Now, he is able to talk to his engineers at the workshop on a regular basis which has resulted in him being much calmer when approaching race weekends.

“Recently I've tried to spend more [time] to the racing, which I should do, of course, from before the season,” he added.

“But like I said, I spend more time with engineers and working together, analysing the race, the previous race or prepare for the next race, so that was good.

“And definitely I felt more relaxed before the Friday, because it's all prepared. And we chat already before I come to the track.

“Before I moved to Italy, I was playing video games and of course I was doing training, but most of time I was spending in front of the screen.

“Recently, yeah, I try to more think about the racing and that's why we found another couple of different things, and a couple of issues from the previous races, and we just make it better for next race.

“So I feel good step from every race. So yeah, definitely I needed more strong discipline.”